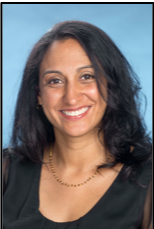 Shilpa Bakre's (MPAff '09) career in communications spans more than two decades. She has cultivated marketing and public relations endeavors for a prominent downtown contemporary arts museum; managed elaborate communications efforts for four consecutive Olympic Games (the culmination of these efforts was winning an Emmy for her role as an associate producer/writer for NBC); working as the director of media and public relations for a top-five U.S. Olympic sport at age 23; orchestrated a celebrity product endorsement for international soccer player Pele; developed a complex public relations and marketing platform for a large downtown development project; negotiated and securing multimillion-dollar partnership contracts; and enhanced economic impact for the city of Austin through tourism and hospitality. Currently, Bakre is part of The University of Texas at Austin's communications team and serves as the communications strategist in the president's office. Her hybrid role oversees crisis communications, issues management and media relations efforts. 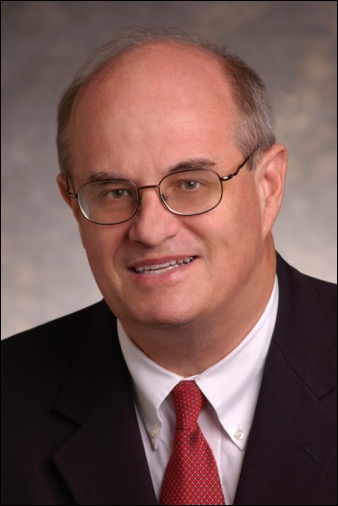 Dan Casey (MPAff '76) is a partner in the Austin-based consulting firm Moak, Casey & Associates. He has 40 years of experience in education and public finance issues, and has held positions as research director for the state comptroller’s office, senior economist and budget examiner for the Legislative Budget Board, staff director for the Senate Finance Committee, director of the Legislative Education Board and associate executive director for the Texas Association of School Boards. In his consulting practice over the last 20 years, Casey has worked with many individual school districts on revenue issues, property value limitations and other economic development issues, as well as several school district organizations, including the Texas School Alliance and the Fast Growth School Coalition. He graduated with honors from the University of Michigan and holds a Master of Public Affairs degree from the LBJ School of Public Affairs at The University of Texas at Austin. 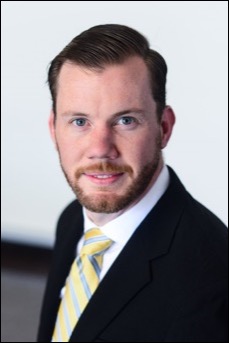 Greg Conte (MPAff/MBA '16) serves as a team leader with the Texas Comptroller’s Office, managing the implementation and maintenance of the state’s financial transparency initiatives. Previously he worked in various roles in both the public and private sectors, including at Austin’s Office of the City Auditor and at Deloitte as a public-sector consultant. Originally from Boston, he moved to Texas while on active duty in the U.S. Army and has since developed a strong admiration for the state’s charm, inclusiveness and pride. Conte loves returning to New England when he can, although he now considers the Lone Star State his home. He received his B.A from Boston University in 2006, earned an M.S. in intelligence and national security studies from UT El Paso in 2012, and graduated from UT in 2016, earning his MPAff and MBA concurrently. 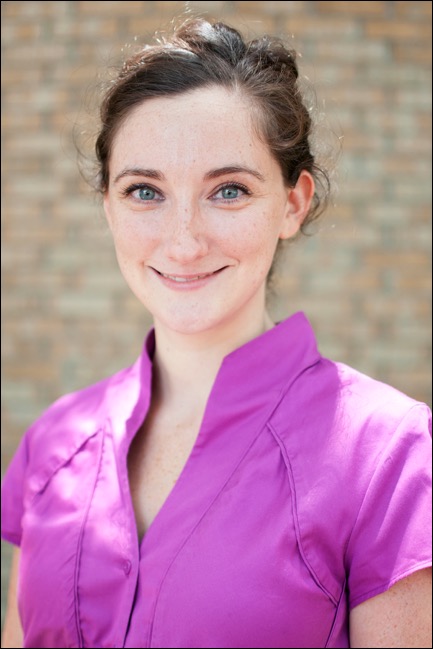 Christine Gendron (MPAff '08) Christine Gendron (MPAff '08) is the owner/principal of Wheels on the Bus, LLC, a professional contract services and consulting firm supporting nonprofit and philanthropic organizations. Gendron previously served as the executive director of Texas Network of Youth Services, a statewide membership organization focused on strengthening services for youth and families, for eight years. She was also previously a Senior Research Associate at the LBJ School's Center for Health and Social Policy. Throughout her career, Gendron has consistently been a trusted and valued resource for nonprofits, policymakers, and philanthropy on making responsible investments to improve outcomes for Texas youth and families. She received her master’s degree in public affairs from the LBJ School in 2008 and her bachelor’s degree from Texas A&M University in 2006. Gendron serves on the board of directors for National Network for Youth and is the vice president of a small family foundation. 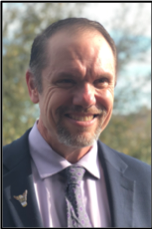 Don Grier (MPAff '92) is a Managing Director for Accenture. He has over 26 years of experience, leading IT project and professional service organizations in the Public Sector. Don currently leads a global team of professional service consultants in support of Accenture’s Product and Platforms Business.  Prior to that he led successful implementations of claims and IT systems for Child Welfare, Integrated Eligibility, Medicaid and Child Support organizations and served as an officer in the US Army.   He graduated as a Distinguished Cadet from the United States Military Academy and holds a Master of Public Affairs degree from the LBJ School of Public Affairs at The University of Texas at Austin. 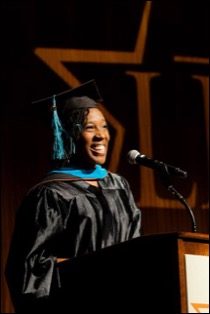 Ariel Griffin (MGPS '15) taught for seven years in private, charter and public schools in the Dominican Republic, México, Texas and Missouri. While teaching, she served on a district-wide committee for Socio-Emotional Learning (SEL) and the school site team for AVID – a national program committed to closing the achievement gap in education. Griffin's most memorable experience at LBJ was her internship summer when she served as a director of a summer school in the Dominican Republic through the DREAM Project — an experience that allowed her to see how policy affects program implementation. Prior to attending LBJ, she was a Fulbright scholar and also holds a second master's degree in education. Now, Griffin works as a Program Officer for Education at Children International in Kansas City which allows her to combine her policy education along with her practical experience in the classroom. In her free time, she works as an independent contractor for organizations that need Spanish-language training and as a consultant for local faith-based nonprofits. 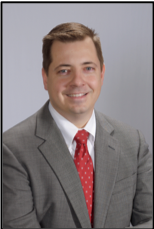 Casey H. Kelley (EMPL ’18) is director, state government affairs for the western and southern U.S. and the Canadian Province of Alberta for Exelon Corporation, monitoring and supporting state policy initiatives before government entities in the region. He has more than 16 years of experience, including private-sector consulting, governmental affairs and public service. Previously, he served as director, state government and regulatory affairs for ORYXE Energy International and has served as chief of staff to a member of both the Texas House of Representatives and the Texas Senate. He is active in several charities in Texas, which support the youth of our state. Kelley received a B.A. in human communications from Abilene Christian University in 2003, and graduated with an Executive Master in Public Leadership / Master of Public Affairs degree from the LBJ School of Public Affairs at The University of Texas at Austin. 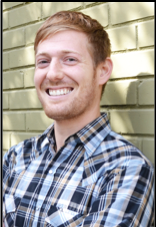 Ben Leffler (MPAff '12) is a native Austinite and has proudly lived in the People’s Republic of Austin his entire life. He went to public schools and earned a B.A. in government from The University of Texas at Austin before attending the LBJ School to study local governance and alternative energy policy. After LBJ, he worked at the city of Austin in the auditor’s office and as a policy adviser to Council Member Chris Riley, where he focused on improving public parks and trails, economic development, transportation and helping Austin achieve a carbon-neutral energy future. In 2015, Leffler moved into civic design, and since then has worked to expand access to government services by making their websites more friendly, human and intuitive. Beyond work, Leffler connects with his community through various mentorship programs, his neighborhood association and by raising funds and awareness for candidates and causes. 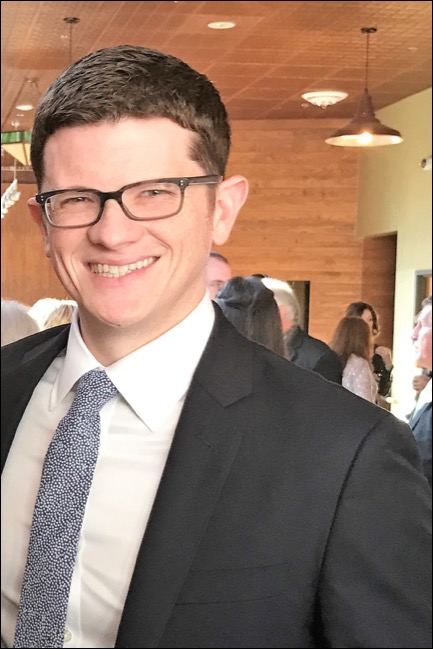 Josh Levine (MPAff '12) has served on the Alumni Board since 2013 (including as President from 2017-2019). He is the Founder and CEO of Transferable, an education technology company focused on the community college transfer process. He previously worked at Lord Abbett, where he managed a $2B portfolio of tax-exempt fixed-income investments focused on the higher education, airport, state government, and local government sectors. Prior to joining Lord Abbett, Josh worked at Moody's Investors Service, where he wrote the agency’s methodology for analyzing community college bonds. He has published market research on a wide range of topics including higher ed enrollment, public pensions, the Higher Education Act, and Hurricane Harvey. Josh’s LBJ Policy Research Project was on government transparency and accountability, and he also collaborated on a book chapter dealing with burdens of proof in sports doping cases. A native of Texas, Josh received his undergraduate degree from Vanderbilt University and recently moved back to Austin after 7 years in New York City. 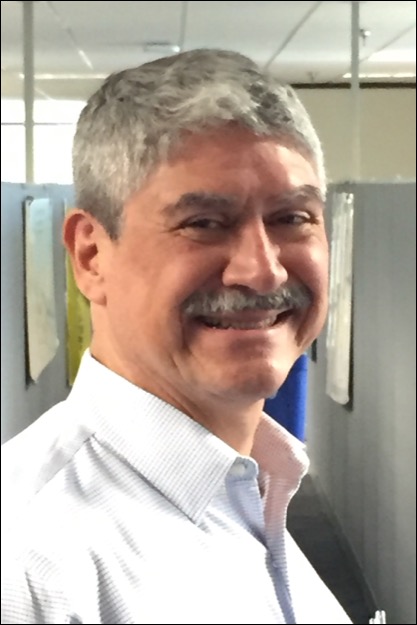 Stephen M. Niemeyer (MPAff '92), P.E., is Deputy Director in the Environmental Services Department, Jefferson County Commission, Alabama. Steve was formerly the Border Affairs Manager at the Texas Commission on Environmental Quality (TCEQ), where he worked for more than 25 years on U.S.-Mexico border environmental issues, especially water quality, hydrology and water quantity, and emergency response. From 2005-2012 Steve represented the State of Texas on the Good Neighbor Environmental Board, an advisory board to the President and Congress on U.S.-Mexico border environmental and infrastructure issues. He currently chairs the Border International Water Quality Standards Committee of the American Society of Civil Engineers (ASCE). In 2017, he was selected as the Government Civil Engineer of the Year by the Texas Section of ASCE. Steve holds a BS in Chemistry from The University of Texas at San Antonio and a Master of Public Affairs from the LBJ School of Public Affairs at The University of Texas at Austin.

Lauren Oertel (MGPS '12) completed a Master of Global Policy Studies from the LBJ School where she focused on sustainable development in Latin America. She then worked on water quality improvement projects across the state for the Texas Commission on Environmental Quality. Since then, she has discovered her calling with criminal justice advocacy work and is now the Director of Organizational Strategies at Texas Inmate Families Association. Lauren also develops and supports criminal justice policy advocacy campaigns at the state and local levels. She works in collaboration with various other organizations, including the Austin Justice Coalition, Decarcerate ATX, Fair Chance Texas, Texas Advocates for Justice (under Grassroots Leadership), Truth Be Told, Inside Books Project, and Undoing Racism in Austin. She believes in the power of our common humanity to create a transformed justice system. Lauren has served as chair of the Recognition Committee and is now president of the LBJ School Alumni Board