Financing the ambitious vision of the LBJ School of Public Affairs requires resources beyond what is provided by tuition and public funds. Gifts to the LBJ School strengthen everything we do, from the quality of the curriculum to graduate fellowships, research opportunities and student and faculty initiatives. We are grateful to each and every one of our donors, who make the world a better place through their generous philanthropy. Meet our most recent endowment donors below. 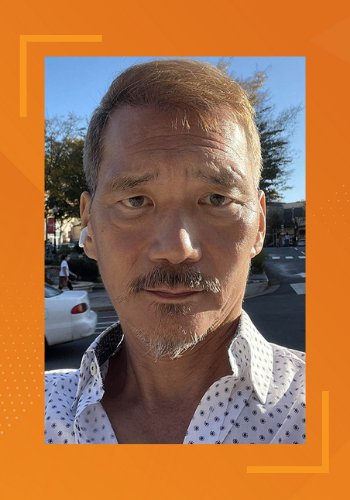 Distributions from the endowment shall be used to provide scholarship support to one or more students pursuing a Ph.D. in Public Policy. Recipients must be U.S. citizens or permanent residents. Preference shall be given to students who are conducting research within a public policy discipline.

"I am thrilled to establish this fellowship in public policy at UT Austin. I selected UT due to my tenure at UT as an associate professor more than 20 years ago, and a 35-year career in public service. This is the fourth fellowship that I've established, and one of two in public policy.

"My philanthropic portfolio expanded into public policy because, having served at senior levels of our government, I how valued the discipline is to strategically examine and self challenges. We need our future leaders at all levels to explore and examine public policy through diverse lenses. Experience is priceless; experience with an LBJ foundation can be a combination to change the world. To be a part of that dynamic is terribly exciting. Hook 'em!" —Dr. T. Spike Terwilliger 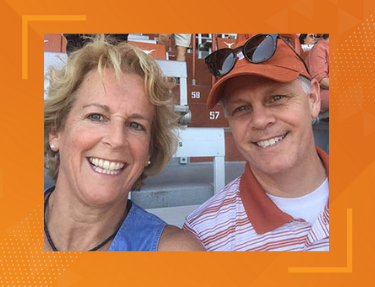 Ann Gill Howard is a proud University of Texas at Austin graduate who has bled orange since she walked onto the UT campus in August 1981, and that continued through to her graduation with a B.A. in sociology ('85), J.D. ('88) and MPAff ('88). As an alum, she has been very active in campus activities and leadership roles and received numerous honors, including being named as a Dean's Distinguished Graduate (College of Liberal Arts), Dean's Distinguished Graduate for Service (Law School), named a part of the Friars Society, and as the Student Representative to the UT Women's Athletic Council.

Howard has also been involved in the Texas Exes and served as a founding Steering Committee member for Longhorn Women Leaders, in addition to serving as part of the Barbara Jordan Statue Committee. She remains active with the Law School, Chi Omega Sorority and the LBJ School.

At the LBJ School, Howard was fortunate to have Barbara Jordan as one of her professors and her policy report adviser. She was named a Barbara Jordan Fellow, which allowed her to work one summer for the U.S. Senate Judiciary Committee. After graduating, she returned to the Committee, where she worked for Chairman Joseph Biden on drugs and crime legislation related to juveniles, schools and families, including on the groundbreaking Violence Against Women Act.

John Howard, Ann's husband, made this gift to honor his wife, her love of UT, and her work in the community. Most importantly, the Howard family would like to create more opportunities for students to learn and serve. 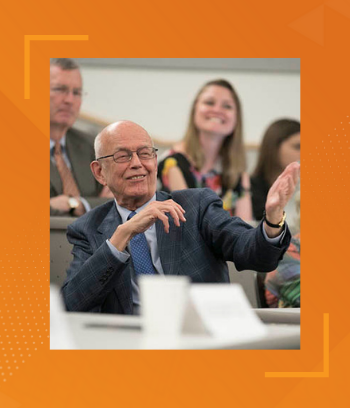 The Bobby R. Inman Fellowship will serve as a model in preparing the next generation to take on effective leadership roles in public service. Funds from the endowment will provide tuition fellowships or apprenticeship stipends to minority students participating in the programming.

Adm. Bobby R. Inman became an adjunct professor at The University of Texas at Austin in 1987, and was appointed a tenured professor holding the Lyndon B. Johnson Centennial Chair in National Policy in August 2001. He went on to serve as interim dean of the LBJ School of Public Affairs in 2005 and again from January 2009 to March 2010. Inman's U.S. Navy career begain in 1951 and ended 1982, when he retired with the permanent rank of admiral. During that time he also served as director of the National Security Agency and as deputy director of Central Intelligence.

"I became an adjunct professor of the LBJ School in 1987 to team teach (pro bono) a course. In 2001, I accepted an offer granting me full professor occupying the LBJ Centennial Chair in National Policy (previously occupied by Barbara Jordan). Former Dean Elspeth Rostow played a big role in both assignments, and was my mentor. I subsequently served twice as the interim dean. Out of those experiences rose my interest in providing financial assistance to attract minority students to careers in public service." —Adm. Bobby R. Inman 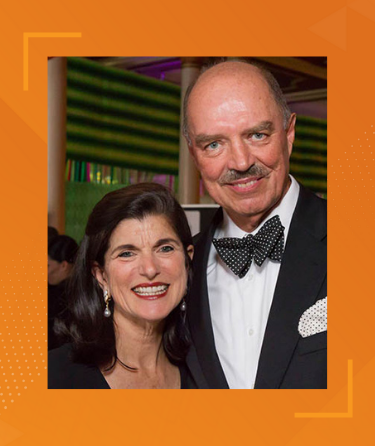 The Family of Luci Baines Johnson and Ian Turpin Fellowship is a permanent endowment for the use and benefit of the LBJ School at The University of Texas at Austin. The fellowship is intended to build upon and expand the impact of the LBJ School in Austin and the Washington Center programs, and the students each institution serves.

The fellowship will serve as a model in preparing the next generation to take on effective leadership roles in public service. Funds distributed from the endowment will provide tuition fellowships or apprenticeship stipends to students participating in the programming.

Recipients shall be selected by an award committee in the LBJ School constituted by LBJ faculty with appropriate expertise and in consultation with the dean or the dean's designated representative. 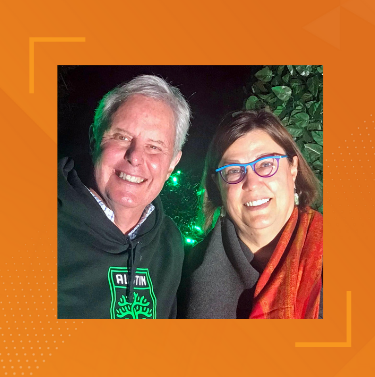 Paul Kinscherff graduated with a dual degree MPAff/MBA from UT Austin. Funds distributed from the Paul and Ada Kinscherff Distinguished Graduate Fellowship in Business and Public Policy are used to provide fellowship support to full-time graduate students pursuing their MBA in the McCombs School together with either a Master of Public Affairs or a Master of Global Policy Studies degree at the LBJ School of Public Affairs.

The Preston V. Lee, Jr. Endowed Public Service & Civics Fellowship will serve as a model in preparing future generations to take on effective leadership roles in public service. Funds distributed from the endowment will provide support for a minimum of two African American students each academic year. The same student(s) may receive funding for a maximum of two consecutive years, provided they maintain a B average or numerical equivalent in their course of study. Recipients should demonstrate interest in improving the ways that government agencies, nonprofit organizations or educational institutions serve the public and can discuss in detail a condition in our society or the environment which is of deep concern to him or her. They should express a desire to work in government, education, the nonprofit sector or the public interest/advocacy sector to improve these conditions and be comfortable committing to work in public service for the three of the first seven years after graduation.

Preston Lee, a 1985 graduate of the Lyndon B. Johnson School of Public Affairs and veteran of more than 30 years in the mortgage finance and banking industries, is a founding member and corporate treasurer of the Potomac Coalition Incorporated, a DC-based corporation founded in 1922 as a nonpartisan policy development, political advocacy and fundraising organization. It focuses on identifying and expanding federal policy that incentivizes economic opportunity for urban Americans.

"I believe that my support of the LBJ School of Public Affairs will assist this highly ranked and innovative policy school to continue to make invaluable contributions to our national well-being now and into the future by bringing more minority public policy students into the LBJ School ranks. As professionals those students will employ their novel experiences and perspectives to grapple with and solve the nation's most vexing public policy issues." —Preston V. Lee, Jr.

Lee has spent much of his career serving in public service leadership roles and in public mission-driven organizations. He is former co-chair of the United States Conference of Mayors Business Council; chair of the National League of Cities Corporate Partners Board; and board member of the National Black Caucus of Local Elected Officials Foundation. He currently serves as a member of the real property and state and local government law sections of the Maryland Bar Association; member of the LBJ School of Public Affairs Washington Center Steering Committee; member of the LBJ School of Public Affairs Dean's Advisory Council; and member of the Friends of the Truman Foundation Truman Council. 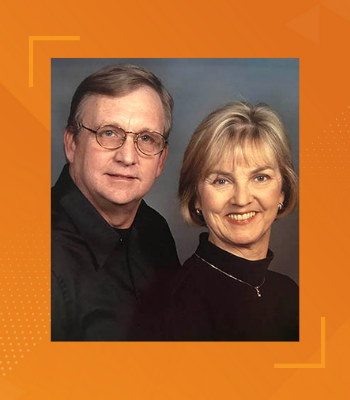 The Rymals both earned their master's degrees at The University of Texas at Austin; Greta received a Master of Public Affairs from the LBJ School, and Joe received a Master of Business Administration at the McCombs School of Business. They each enjoyed fulfilling careers in their respective fields — careers that were kickstarted by their UT experiences and the value their degrees carried in the workplace.

"I am grateful to assist LBJ students as they pursue their own journeys in public policy and service." —Greta Rymal

Fund contributed by Microsoft Corporation to Dr. Ken Flamm for him to distribute to the charity of his choice. Funds distributed from the endowment shall be used to provide an annual award, at graduation, to a graduate student in the LBJ School who submits the best policy-relevant student data science project among that year's graduating class. Funds also can be made available to purchase data and data science software, and to support data science training, for LBJ School graduate students undertaking student data science projects relevant to public policy issues. 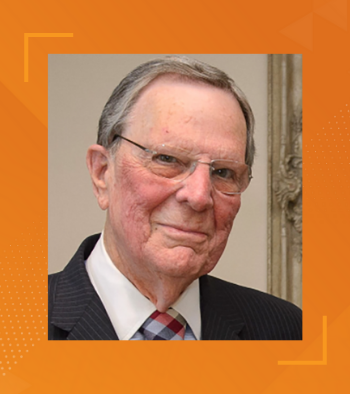 The Larry Temple Fellowship in Public Policy will fund as many as two scholarships annually to LBJ School students. At least one of them will go to a student in the LBJ Washington Center program. The fellowship has been created as a tool to recruit the very best students in public policy, ensuring long-term success of the LBJ School with an eye toward excellence, diversity, equity and inclusion.

"I am both humbled and proud to have my name associated with LBJ and grateful for the many friends that funded the Larry Temple fellowship." —Larry Temple

Temple served as a clerk to United States Supreme Court justice Tom Clark (1959–60), served as a legal administrative assistant and later chief of staff to Texas Gov. John Connally (1963–67); and in 1967 became special counsel to President Johsnon. He joined the LBJ Foundation board of trustees in 1986, becoming its president in 2000 and its chairman in 2010.

What starts here starts with you. Learn more about ways to support the LBJ School.