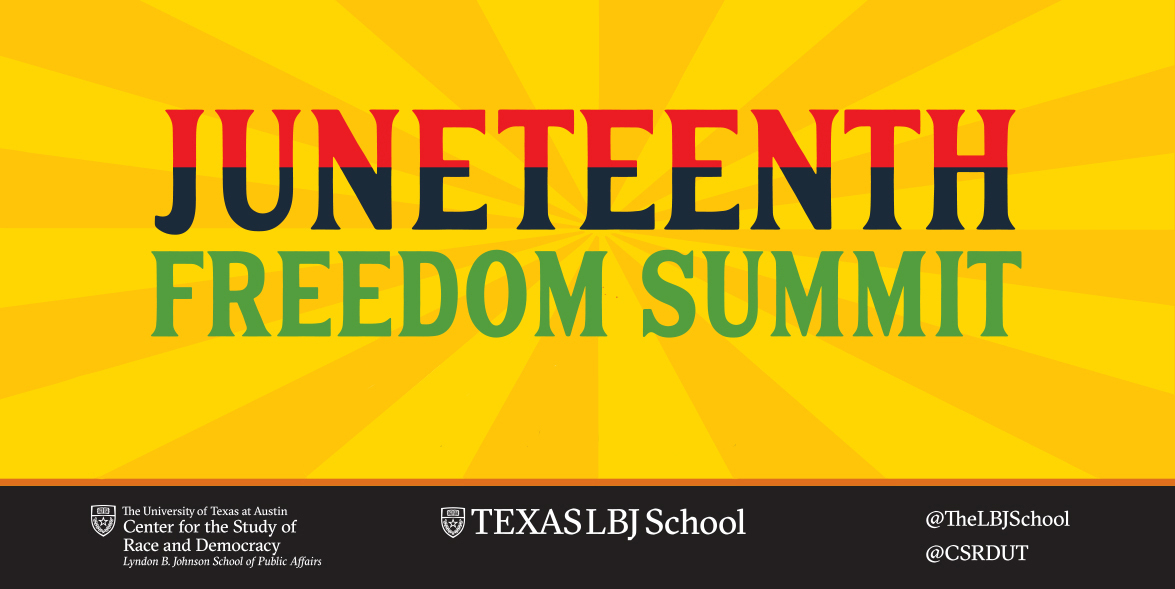 The LBJ School of Public Affairs and the Center for the Study of Race and Democracy at The University of Texas at Austin bring you the 2nd annual Juneteenth Freedom Summit: Reflections on Freedom. Leading voices will offer candid reflections on freedom and concepts of race, equity and citizenship amid a modern-day civil rights movement.

Juneteenth commemorates the end of slavery in the United States. On June 19, 1865, over two and a half years after the Emancipation Proclamation was issued, federal troops informed enslaved Black Americans in Galveston, Texas, that they had been freed. This online event, led by Dr. Peniel Joseph, the CSRD's founding director, is a celebration of the day that all Americans knew they were free.

Peniel Joseph on FOX 7 promoting the Juneteenth Freedom Summit, providing details about the theme and speaker lineup, and reflecting on what it means to truly celebrate and honor Juneteenth.

Peniel Joseph, founder of The Center for the Study of Race and Democracy, joins Amna Nawaz to discuss Juneteenth on the PBS NewsHour.

Peniel Joseph on C-SPAN talking about the history of Juneteenth and the significance of it being recognized as a federal holiday for the first time. 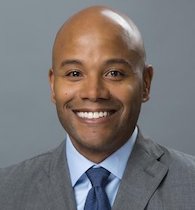 Peniel Joseph, Ph.D
Dr. Peniel Joseph holds a joint professorship appointment at the LBJ School of Public Affairs and the History Department in the College of Liberal Arts at The University of Texas at Austin. He is also the founding director of the LBJ School's Center for the Study of Race and Democracy (CSRD). His career focus has been on "Black Power Studies," which encompasses interdisciplinary fields such as Africana studies, law and society, women's and ethnic studies, and political science. Dr. Joseph's upcoming book, The Third Reconstruction: America's Struggle for Racial Justice in the Twenty-First Century, comes out this fall. 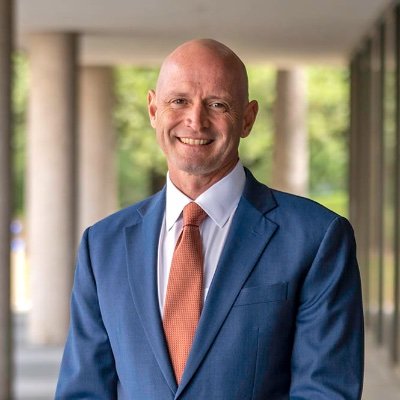 LBJ School Dean, JR Deshazo
JR DeShazo is the 12th dean of the LBJ School of Public Affairs. He previously served as the founding director of the Luskin Center for Innovation at the University of California, Los Angeles (UCLA), one of the nation's leading environmental policy research centers. He is a distinguished scholar focusing on clean technology policies, policy design to enhance environmental equity, methods for valuing changes in environmental quality, and the performance of public agencies. 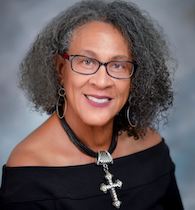 Sharon B. Lewis
Sharon B. Lewis, a retired GISD educator and a lifelong District 1 resident, serves as the District 1 council representative for the seven-member Galveston City Council, having garnered 80 percent of the votes in a three-way race. Miss Lewis attended the University of Texas at Austin and Lamar University, earning her bachelor's degree in education and social work. As a council member, Lewis is committed to various issues, such as improving infrastructure and city services, increased access to affordable housing, bolstering youth & elderly initiatives, and preserving culture & history. She has served on the boards of the Galveston Historical Foundation, the Galveston County Community Action Council, and Parents & Concerned Citizens. 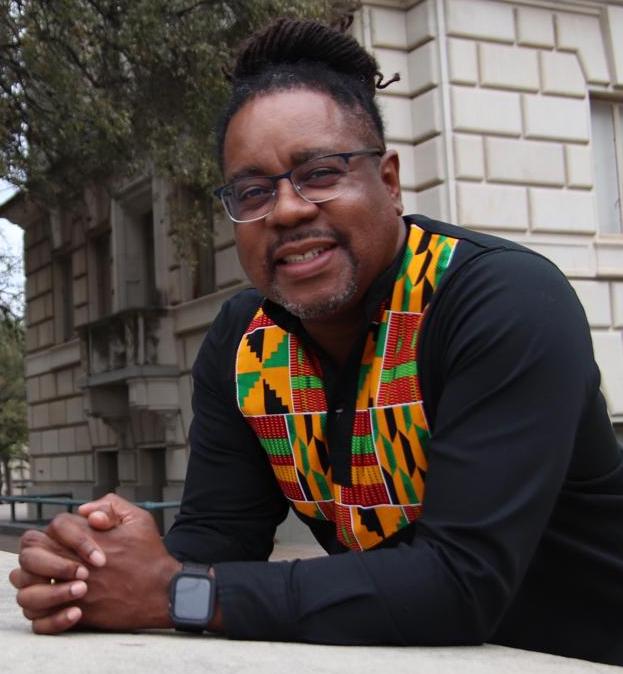 Richard Reddick, Ed.D
Dr. Richard J. Reddick is the inaugural associate dean for equity, community engagement, and outreach for the College of Education at The University of Texas at Austin. He is also Professor in the Program in Higher  Education Leadership in the Department of Educational Leadership and Policy (ELP) at The University of Texas at Austin, where he has served as a faculty member since 2007. Dr. Reddick is a faculty member by  courtesy in the Department for African and African Diaspora Studies, the John L. Warfield Center for African and African American Studies, and a fellow at the Institute for Urban Policy Research and Analysis. 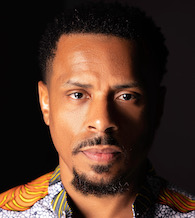 Ya'Ke Smith
Ya’Ke Smith’s films have received world-wide acclaim, screening, and winning awards at over 100 film festivals. The Director’s Guild of America, the Student Academy Awards, HBO, Showtime, the City of Buffalo, NY, which proclaimed February 23, 2013 as Ya’Ke Smith Day and the city of Cincinnati, OH which proclaimed October 6, 2019 as Ya'Ke Smith Day, have honored him. He recently directed an episode of the BET series TALES. He is currently an Associate Professor of film and the Associate Dean of Diversity, Equity and Inclusion in the Moody College of Communication. Variety magazine named him one of the best film educators in the world. 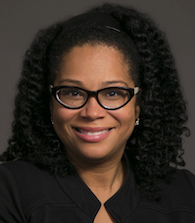 Keffrelyn Brown, Ph.D
Dr. Brown is the Suzanne B. and John L. Adams Endowed Professor of Education and Distinguished University Teaching Professor of Cultural Studies in Education in the Department of Curriculum and Instruction. She is the co-founder and co-director of the Center for Innovation in Race, Teaching, and Curriculum.  She holds a faculty appointment in the Department for African and African Diaspora Studies, the John L. Warfield Center for African and African American Studies and the Center for Women and Gender Studies. 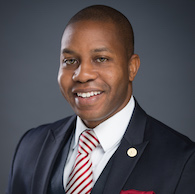 Rudy Metayer
The son of Haitian immigrants, Councilman Rudy Metayer is of the first generation in his family to complete higher education, graduating from not only the University of Texas College of Liberal Arts with a B.A., but also a Master in Public Affairs from the LBJ School of Public Affairs, and a Doctor of Jurisprudence from the University of Texas School of Law. Before joining Graves Dougherty Hearon & Moody, a premiere litigation law firm in Central Texas, Rudy served as Special Counsel to the Health and Human Services Commission. 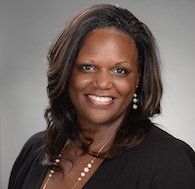 Latoya Smith, Ph.D
Dr. LaToya Smith is the Vice President for Diversity and Community Engagement at the University of Texas at Austin. She previously served as Senior Associate Director for Student Services in Texas Athletics, providing strategic leadership over academic and student services in Intercollegiate Athletics and establishing one of the most robust student support networks in all of college athletics. As a pioneer in strategic planning, she has been instrumental in developing campus programs such as Student Emergency Services, the Behavior Concerns Advice Line (BCAL), and Student Veteran Services. 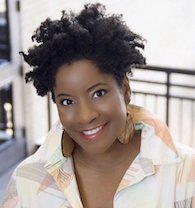 Skyller Walkes, Ph.D
​Dr. Walkes is a deeply impassioned diversity, equity, accessibility and inclusion leader who champions critical dialogue with the hopes of impacting positive change within shared communities. As a graduate of the Adult, Professional, and Community Education doctoral program at Texas State University, her scholarship focuses on Critical Race Theory, Afro-Latinx identity, art activism, race and intersectionality. In her current role as the inaugural Assistant Dean of Diversity & Inclusion and Assistant Professor of Instruction in the College of Pharmacy at the University of Texas at Austin, Dr. Walkes serves as chief College of Pharmacy spokesperson for diversity and inclusion. 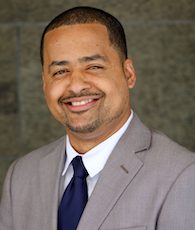 Ryan Sutton, Ph.D
Dr. Ryan Sutton is a Director with the Longhorn Center for Academic Excellence (LCAE), which is based in the Division of Diversity and Community Engagement at the University of Texas at Austin.  He directs two initiatives and spearheads mental health support for students within the center, while overseeing the personal development suite of the center. Dr. Sutton holds a Ph.D. in Counseling Psychology from Howard University, where his research and clinical interest was rooted in academic and behavioral outcomes for students of color. 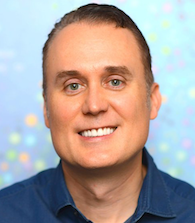 Brett Hurt
Brett Hurt is the CEO and co-founder, data.world, which is building the most meaningful, collaborative, and abundant data resource in the world as a Public Benefit Corporation (Certified B Corporation®).  Brett holds an MBA in High-Tech Entrepreneurship from the Wharton School at the University of Pennsylvania and a BBA in Management Information Systems from the University of Texas at Austin.

This event was made possible by our generous supporters: