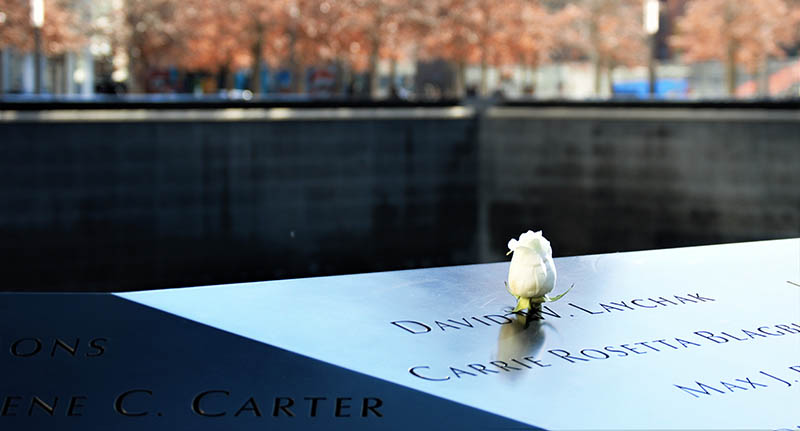 "We rarely understand a moment until it has passed," writes LBJ Professor Jeremi Suri in a historical perspective on Sept. 11, 2001 in The Hill. "That is especially true in times of collective trauma. Twenty years ago, 19 young male terrorists associated with al Qaeda hijacked four planes in the United States, turning them into missiles that devastated lower Manhattan and the Pentagon. One of the planes, probably aimed at the U.S. Capitol, crashed in rural Pennsylvania. In all, 2,977 Americans died on Sept. 11, 2001, in the events that millions of people watched in horror, again and again, on television.

"Then-Vice President Dick Cheney described a 'new kind of war against a new kind of enemy.' He warned a shocked nation that the 'terrorists who struck America are ruthless, they are resourceful, and they hide in many countries. They came into our country to murder thousands of innocent men, women, and children. There is no doubt they wish to strike again, and they are working to acquire the deadliest of weapons.'

"President George W. Bush called for aggressive American military intervention to disable terrorist sponsors abroad — the 'axis of evil' — before they came to our shores. That was the justification for invading Afghanistan and fighting a wider War on Terror. That was also the reason for creating a Department of Homeland Security and increasing domestic surveillance authorities for various arms of the U.S. government. The pressure to act was difficult to resist, even for a generation that remembered the difficulties of war in Vietnam and the abuses of surveillance powers in the early Cold War.

"We have learned a lot in the two decades since the planes struck our cities, and it is time to take stock. The terrorists were ruthless and resourceful, as Cheney explained, but they were far less powerful than he predicted. They did not have access to 'weapons of mass destruction,' as our leaders claimed repeatedly. That turned out to be wrong. The terrorists were not as numerous as we feared. Few Americans have died since 2001 from foreign terrorist attacks on our soil, and our preventive measures are only partially responsible. Groups such as al Qaeda were dangerous, but we exaggerated their lethality, at grave cost to our democracy."

Read the full article at TheHill.com