Community Resilience: Doing Better at Figuring Out Who Does What | LBJ School of Public Affairs | The University of Texas at Austin
Skip to main content
Feature • December 8, 2020

Community Resilience: Doing Better at Figuring Out Who Does What

In looking back over America's response to COVID-19 thus far, it's impossible to sidestep an awful, troubling fact: At a time of clear and present danger, we had the wrong strategies of governance for the crisis at hand.

The core of the problem lies in our system of federalism. Too many decisions drifted to the wrong places, to dangerous effect. There could be no greater irony that, while millions of Americans turned on Disney+ over the Fourth of July weekend to watch "Hamilton," a celebration of the nation's founding, the system that Hamilton helped create was collapsing under COVID's weight.

At 46.48 deaths per 100,000 population, the fatality rate in the U.S. is the fourth highest in the world, trailing just the United Kingdom, Peru, and Chile, according to the Johns Hopkins Coronavirus Research Center. The virus has cut a fearful swath, but there's powerful evidence that it might have been contained had the government not failed to do what had to be done. 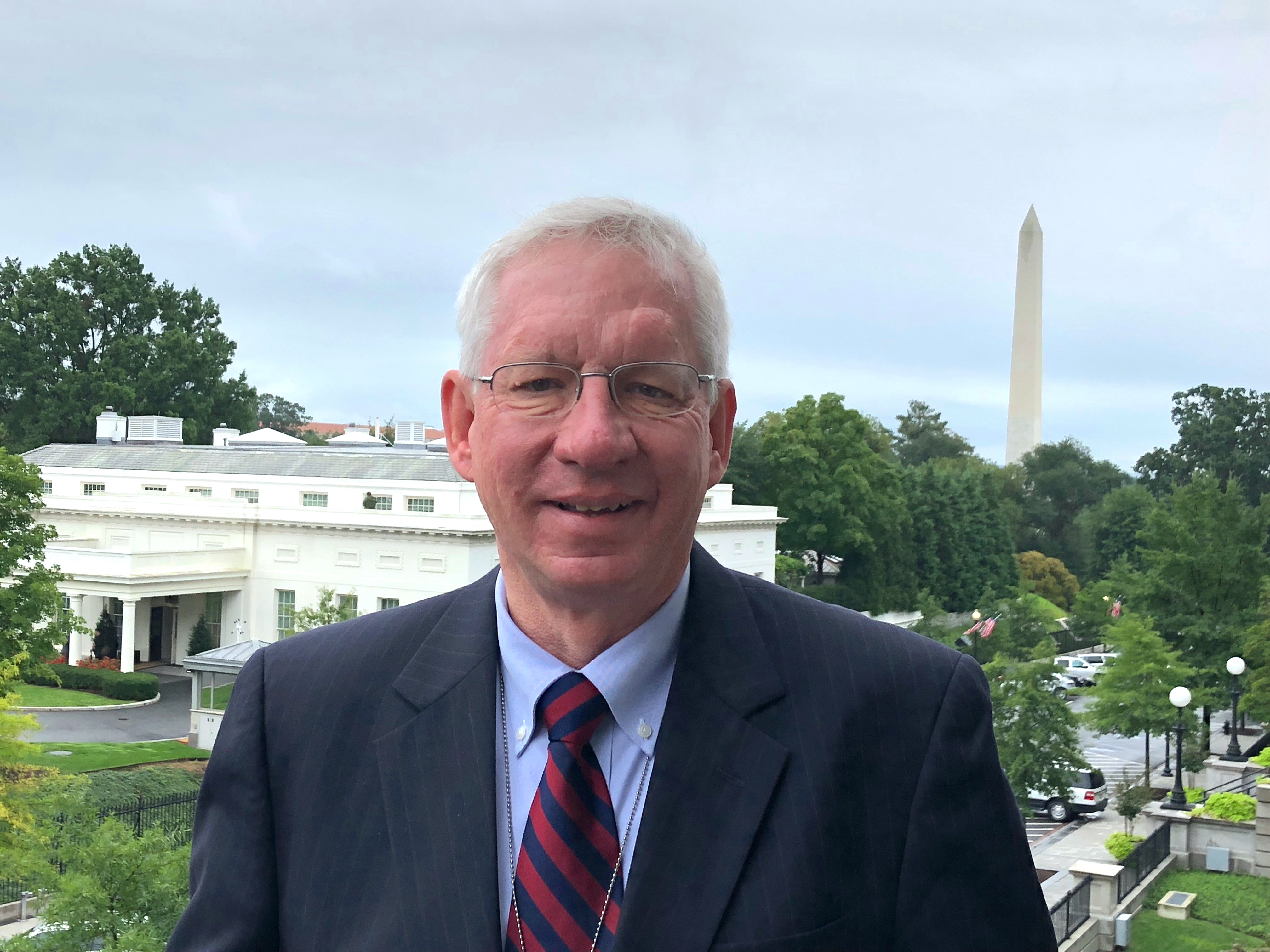 "COVID lays bare an unfortunate truth: We had the wrong system of governance when we needed it most. But there are important lessons we can learn, both to do better in the coming months and to prepare ourselves better for the big challenges of governing across a host of other challenges we'll be facing." —Donald F. Kettl

Americans have long celebrated their system of federalism, which spreads power across its federal, state, and local governments. The Trump administration found it convenient to pass key decisions along to governors and, indeed, it would have been unwieldy to try to run everything from Washington. Some on the left have been grateful that the Trump team allowed some governors to step up and lead the response.

The debate about which levels of government are responsible for which policies has been going on for a long time. James Madison wrote about it in Federalist 51 in 1788, and theorists have been at it ever since. But, at its core, the sad fact is this: America's brand of federalism crippled the nation's response to the virus. Compared to the world's other major federal systems, the U.S. has done dramatically worse by almost every metric. Check out this chart. Not only is the fatality rate in the U.S. higher than in any other federal system, it's twice as high as in Canada and Switzerland, and four times higher than in Germany. 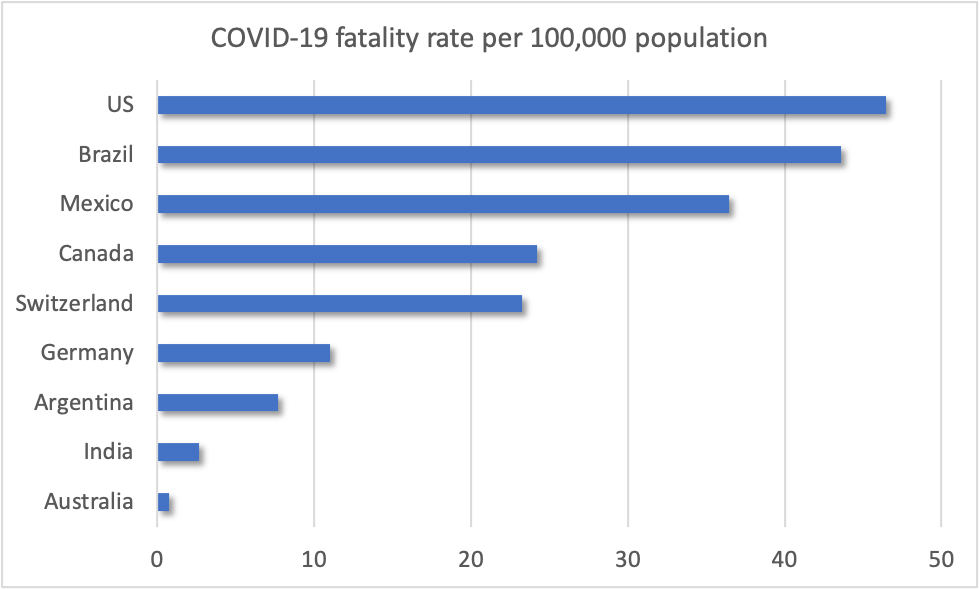 It's going to take some time to sort out which strategies have proven most effective in those other countries, because the conditions are so different in each. It's clear that in a country as vast in geography and population as the U.S., devolving some important operational decisions to the level of governors and mayors was both inevitable and wise. But it's also very clear that the nation's response was crippled from the start by the federal government's failure to take a stronger role.

The core of the problem lies in our system of federalism. Too many decisions drifted to the wrong places, to dangerous effect.

Here are five areas where federal leadership would have made a big difference:

Resilient communities need to build on a robust federal system, as there are some things that only the federal government can do. That's a critical lesson to learn from COVID-19.

As I noted in a blog post, "big national crises have local roots; all problems with local roots require effective local response; effective local responses demand an interconnected strategy; and an interconnected strategy depends on resilient communities." But resilient communities need to build on a robust federal system, as there are some things that only the federal government can do. That's a critical lesson to learn from COVID-19—and one that's been very painfully taught.

Donald F. Kettl is the Sid Richardson Professor at the LBJ School of Public Affairs, University of Texas at Austin and author of The Divided States of America (Princeton University Press, 2020). An earlier version of this piece appeared in a blog for the IBM Center for the Business of Government.