A Process-Oriented Model of Decision-Making toward Landscape-Scale Prescribed Fire Implementation in the Southern Great Plains, USA 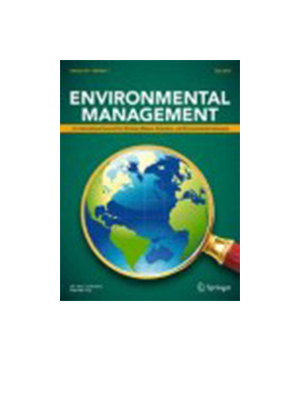 In this investigation, we developed a model of the psychological drivers of landowners' decisions to implement prescribed fire on their properties. The Southern Great Plains in the USA evolved with fire and prescribed fire is an important management tool aimed at maintaining and enhancing ecological and economic resilience in the region. The conceptualized model is reflective of a decision-making paradigm that considers decision making to be a process inclusive of a variety of factors and their inter-relationships to arrive at judgments on whether or not to utilize prescribed fire. The approach considered a spectrum of inputs, obstacles, and their associations to capture the complexity of decision making that is often lost when modeling single factors in dynamic social-ecological settings. Further, we considered the decision to use prescribed fire as a multifactor process that incorporates not only individual barriers to fire implementation but inter-barrier associations and other inputs (e.g., sociodemographic variables). Path analysis revealed five statistically significant relationships within the hypothesized model. For prescribed fire decision making, women tended to be more analytical whereas men were more inclined to rely on heuristics. Additionally, those who indicated owning their property for non-consumptive recreation-related reasons were also more inclined to rely upon heuristics. Texans reported more experience with prescribed fire as did respondents who indicated owning property for livestock product. Alternately, those owning their property for an investment and non-consumptive recreation opportunities reported less experience with prescribed fire. Last, ownership for crop and livestock production was positively associated with past wildfire experience. Findings have implications for three issue areas: (1) the provision of an evolved conceptualization through which prescribed fire implementation decisions can be examined, (2) enhancing the approach of prescribed fire outreach to a changing landowner population, and (3) improving the content and delivery of prescribed fire education efforts.