One more try: The International Solar Alliance and India's search for geopolitical influence 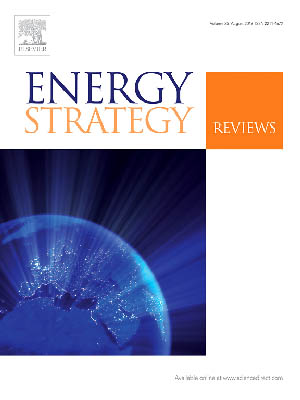 The International Solar Alliance (ISA) is a new initiative launched at the 2015 Paris climate conference by India, jointly with France. The ISA is the first international organization headquartered in India and aims to promote solar electricity in the sunshine belt of states mostly between the tropic of Cancer and tropic of Capricorn. One of India's key aims in co-founding the ISA is as an instrument for geopolitical influence. However, India has limited capacity to provide financial support for this effort and is not a solar technology innovator or source of low-cost solar products such as panels or inverters (in contrast to far greater Chinese strength in these areas). This raises the question about whether and how India can reap geopolitical rewards from the ISA. This article explores the potential and limits for India to use the ISA as an instrument of geopolitics. We find that India's large domestic market and some of its recent success in scaling-up solar may provide some avenues for exercising leadership in the solar space and that those in turn may yield some opportunities for exercising wider geopolitical influence if those achievements are recognized. We theorize the stages of India's attempted journey from achieving solar leadership to exerting global influence and identify several barriers that must be overcome for success. These include overcoming challenges to its domestic solar program, ensuring institutional strength, and standing out in a crowded global renewables ecosystem of organizations.