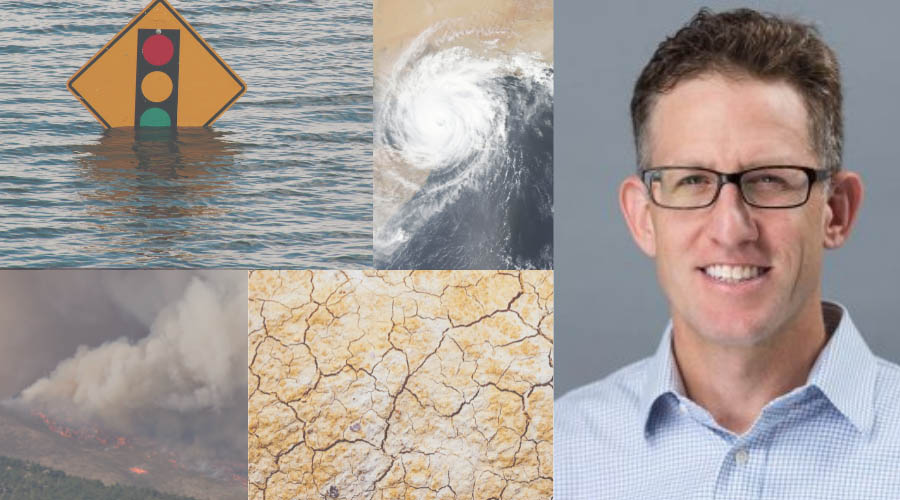 Josh Busby, an associate professor in the LBJ School of Public Affairs, has joined the Biden administration as a senior advisor for climate in the U.S. Department of Defense. He will spend a year working on climate change and national security at the Pentagon, where he will be involved in the Biden administration's prioritization of climate change including the National Defense Strategy.

"We already are experiencing the adverse effects of climate change," Busby said. "We see it in the crippling high temperatures, prolonged droughts, and the severe near year-round wildfires in the American West. We have seen climate-fueled storms dump unprecedented amounts of rainfall like Hurricane Harvey that led to intense flooding in Houston and surrounding areas. We have seen how these events have tested rich countries like the United States, and other countries are even less well equipped to prepare for and respond to this urgent and gathering threat."

"I am extremely grateful to have the opportunity to work on an issue of such great importance and to serve an administration that has made climate change a central priority." —Josh Busby

Of the appointment, Busby said, "I am extremely grateful to have the opportunity to work on an issue of such great importance and to serve an administration that has made climate change a central priority."

Some news. I’m now starting my second month as a Senior Advisor for Climate at the Pentagon in OSD Policy. I will be here for at least a year. https://t.co/LFVrLicNtI

Busby has been studying the links between climate change and security for nearly twenty years. He was part of two DOD-funded grants including a five-year $7.5 million research project on Climate Change and African Political Stability (CCAPS). He was also the principal investigator on a three-year, nearly $3 million grant to study Complex Emergencies and Political Stability in Asia (CEPSA).

Busby served as an outside reader for the 2008 National Intelligence Assessment on climate and security, written by the National Intelligence Council for the Obama administration. He has served as a consultant on the topic for USAID, the United Nations Environment Programme, the Stockholm International Peace Research Institute, and the Center for Excellence in Disaster Management & Humanitarian Assistance (CFE-DM).

Busby is the author of the forthcoming book on climate and security, States and Nature: The Effects of Climate Change on Security, that will be published by Cambridge University Press later this year.

Busby has published extensively on climate change and security for peer-reviewed academic journals such as World Development, Climatic Change, Journal of Peace Research and International Security, among others. His work has been cited by the Intergovernmental Panel on Climate Change and the Defense Science Board.

He joined the LBJ School in 2006 teaching courses on global environmental governance, environmental change, development and security, and more. He is a distinguished fellow at the Strauss Center for International Security and Law at The University of Texas at Austin. He has also served as a Senior Research Fellow at the Center for Climate and Security.

Busby's teaching appointment will pause during this time and resume after the appointment's end date. Busby said he hopes this opportunity will deepen his knowledge base, inform his teaching, and expand his professional network to help students find career opportunities.