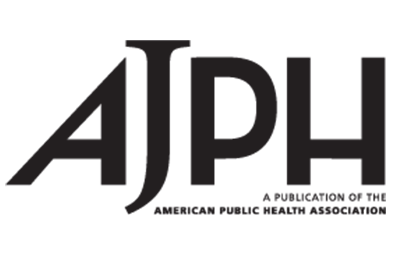 Objectives: To examine demand for abortion medications through an online telemedicine service in the United States.

Methods: We examined requests from U.S. residents to the online telemedicine abortion service Women on Web (WoW) between Oct. 15, 2017, and Aug. 15, 2018. We calculated the population-adjusted rate of requests by state and examined the demographics, clinical characteristics, and motivations of those seeking services, comparing those in states with hostile versus supportive abortion policy climates.

Conclusions: Demand for self-managed medication abortion through online telemedicine is prevalent in the United States. There is a public health justification to make these abortions as safe, effective, and supported as possible.

A rapid increase in legislation restricting access to abortion in the clinic setting coupled with a decline in the U.S. abortion rate to its lowest level in the post-Roe era, has sparked renewed interest in abortions that are self-managed outside the formal health care setting. The 334 abortion restrictions enacted by state legislatures between January 2011 and mid-July 2016 account for one third of all restrictions passed since 1973. Moreover, the likelihood that Roe v. Wade will be overturned or severely diminished has increased with the current composition of the Supreme Court. Among the least advantaged, however, it is already clear that lack of access has compromised the right to choose to the extent that some are already seeking self-managed alternatives.

Contemporary reports of self-management in the United States focus not on sharp objects or back-alley providers but on the abortion medications mifepristone and misoprostol. The development of modern medication abortion protocols using misoprostol with or without mifepristone, coupled with the role of the Internet as a go-to source for information and services, has changed the concept of what a self-managed abortion might look like. A 2014 sample of abortion clinic patients weighted to be representative of all U.S. abortion patients suggested that 1.2% had ever attempted to self-manage using misoprostol, whereas a study of Dominican women recruited from three obstetrics–gynecology clinics in New York in 2000 found that 5% reported misoprostol self-use. A study conducted in 2015 in Texas, a state with some of the most burdensome barriers to clinic access in the country, found that an estimated 100 000 women had ever attempted to self-induce their own abortion. Additionally, in-depth interviews conducted in 2015 with women living in the Texas Rio Grande Valley found that a prevalent route to self-induction was misoprostol purchased from pharmacies across the border in Mexico.

More recently, studies have shown that people frequently seek information about "self-abortion" online through Google, and that mifepristone and misoprostol are available for purchase in the United States through online pharmacy sites. In the United States, mifepristone and misoprostol typically require a prescription from a medical provider, but many of these online pharmacy sites will provide the medications without such a prescription.

Beyond barriers to access, people in the United States may also seek self-managed medication abortion because of a preference for self-care. Preliminary evidence from a qualitative study of people in 20 states who sought abortion medications online indicates that some preferred the convenience and privacy of self-managing an abortion at home, whereas others found accessing clinical care impossible because of state policy restrictions. However, regardless of whether their motivations were underpinned by barriers or preferences, those seeking to self-manage using medications obtained online were sensitive to the difference between online pharmacy sites that simply sell medications and online telemedicine services that are set up to provide physician oversight, instructions, and support, in addition to genuine medications in the correct dose. This distinction is important, because although very little is known about experience of those who use online pharmacy sites, online telemedicine abortion services have demonstrated high levels of safety, effectiveness, and acceptability in other settings where they are widely used because of legal restrictions on abortion. Findings from Ireland and Northern Ireland, where women have used online telemedicine to self-manage for more than a decade, indicate rates of effectiveness on par with medication abortion provided in the clinic setting, as well as very low rates of adverse events. Until very recently, no such online telemedicine service has been available in the United States.

Given the potential for further restrictions on abortion clinic access at both the state and national levels combined with the ability to self-care using online services, our objectives in this study are to (1) assess demand and geographical variation in demand for medication abortion through an online telemedicine service in the United States, and (2) examine motivations for seeking this service and how types of motivation for doing so vary by state abortion policy context.