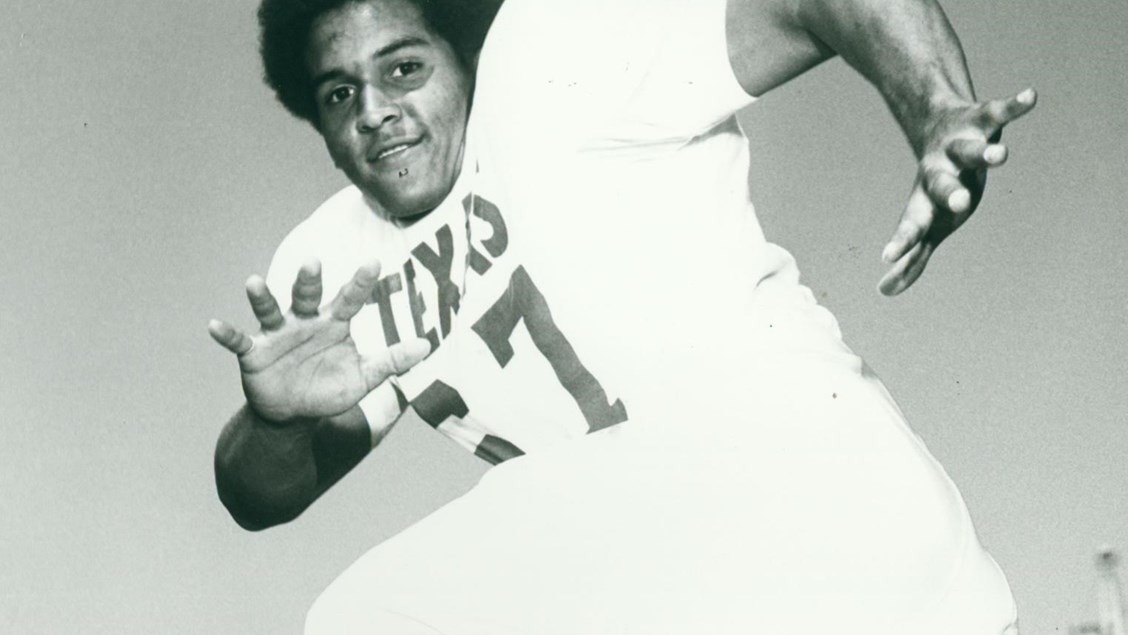 Julius Whittier was an LBJ School graduate, class of '76

A statue honoring Julius Whittier, Texas's first Black football letterman, will be erected in the north end of Darrell K Royal-Texas Memorial Stadium this week and be officially unveiled Friday before the Texas-Iowa State game. The 12.5-foot tall statue to the Longhorn pioneer and trailblazer has been in production since UT announced the commissioning of it in early July. The 11-foot bronze sculpture sets atop an 18-inch black granite base.

A San Antonio native and 1969 Highland High School graduate, during his three years as a letterwinner at Texas, Whittier helped the Longhorns post an overall record of 28-5 and win three Southwest Conference Championships. UT was 20-1 in SWC play during that time and finished ranked in the Top Five twice (1970, 1972) and among the Top 20 all three years.

Whittier achieved a great deal of success off the field, as well. After receiving his undergraduate degree in philosophy, Whittier went on to earn a graduate degree from the LBJ School of Public Affairs in 1976 and later completed his law degree at UT.

President Lyndon B. Johnson had invited Whittier to his ranch. During lunch, Johnson recommended that Whittier continue his studies at the university's LBJ School of Public Affairs.

"That's when I first learned what the LBJ School was all about," Whittier has said. "I say this earnestly, but the president told me specifically that he would enjoy knowing that I had at least examined the program at the school."

His classmate Dan Casey said, "Julius came into our LBJ School class, the Class of 1976, in the summer of 1974 with the highest profile of any of the incoming students, not only for his accomplishments as a UT football player, but also for what I recall as an active role in a number of campus and community activities. He was a good classmate and fully engaged in the LBJ School program. Julius later attended UT Law School and pursued a career in public service as an attorney. His recognition by UT with a statue is well-deserved. It is sad that his untimely death several years ago prevented him from receiving the public recognition he deserves in person."

Other classmates offered remembrances when Whittier died in 2018.

The monument to Whittier is the third LBJ-affiliated statue on campus. The first is a statue of President Johnson at the entrance of the LBJ Presidential Library, and the second is a statue of revered educator and public servant Barbara Jordan, who the school honors every year in February.