States, Lies and Video: A Century of States Using Video to Deny Human Rights Abuses | LBJ School of Public Affairs | The University of Texas at Austin
Skip to main content 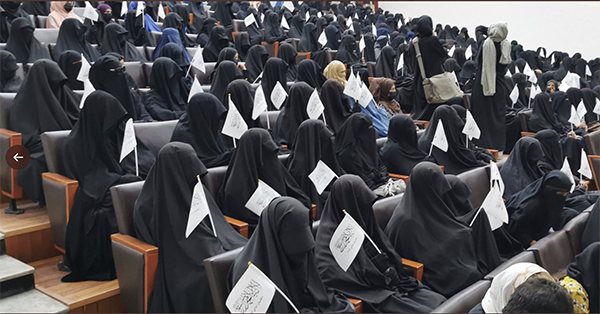 On Thursday, Nov. 11, the Clements Center for National Security and the Strauss Center for International Security and Law will host Sandra Fahy, associate professor in international and global studies with the Kroeger School of Public Affairs at Carleton University, for a virtual talk on "States, Lies and Video: A Century of States Using Video to Deny Human Rights Abuses." Please join us on Zoom at 12:15 p.m. CT. Virtual door open at noon CT.

Nation states are tasked with protecting rights, and yet they remain the primary perpetrators of human rights abuses. Our era is one of misinformation overflow. News and social media amplify and accelerate its speed and amount. Facts are unmoored from their meanings. Within this morass, human rights are violated, denied and obfuscated. The creators of misinformation and the creators of rights violations are primarily state actors. States, tasked with being the primary protectors of rights, remain their primary perpetrator. This talk introduces the new book States, Lies and Video, which is a transnational study of how states have used video to deny allegations of rights abuses since the early 20th century. From the Soviet Union in 1927 through to present-day Israel and China, and most recently the Taliban government in Afghanistan, this talk shows how states use video to deny culpability for rights abuses, even as they commit them.

Sandra Fahy, Ph.D., is an associate professor in international and global studies with the Kroeger School of Public Affairs at Carleton University in Ottawa, Canada. She is the author of Dying for Rights: Putting North Korea's Human Rights Abuses on the Record (Columbia University Press, 2019) and Marching Through Suffering: Loss and Survival in North Korea (Columbia University Press, 2015 [reprint 2018]). She is also the author of several peer-review articles and book chapters. Her latest book is States, Lies and Video: A Century of States Using Video to Deny Human Rights Abuses.