Spies, Disinformation and Election-Meddling: Past and Present | LBJ School of Public Affairs | The University of Texas at Austin
Skip to main content

Spies, Disinformation and Election-Meddling: Past and Present 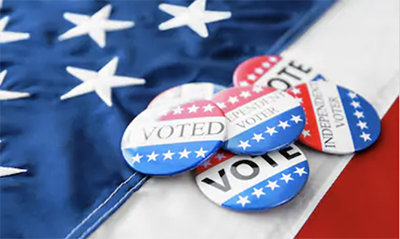 On Tuesday, Nov. 5, the Clements Center for National Security, Robert Strauss Center for International Security and Law and the Intelligence Studies Project will host Calder Walton, Ernest May Fellow in History & Policy at Harvard University, for a talk on "Spies, Disinformation and Election-Meddling: Past and Present."

Walton where he is assistant director of the Applied History Project and a Fellow of the Intelligence Project, and his research is broadly concerned with intelligence history, grand strategy and international relations. In particular, he looks at policy-relevant historical lessons for governments and intelligence communities today.

Walton is currently undertaking two major research projects. He is general editor of the multivolume Cambridge History of Espionage and Intelligence to be published by Cambridge University Press. Over three volumes, with 90 chapters by leading scholars, this project will be a landmark study of intelligence, exploring its use and abuse in statecraft and warfare from the ancient world to the present day. He also is writing a book about British and U.S. intelligence during the Cold War, which informs current intelligence and national security issues by understanding their past. His research builds on his first (award-winning) book, Empire of Secrets: British Intelligence, the Cold War and the Twilight of Empire (Harper-Press 2013). While pursuing a Ph.D. in history at Trinity College, Cambridge (UK), and then as a junior research fellow also at Cambridge University, Walton was a lead researcher on Professor Christopher Andrew's unprecedented official history of the British Security Service (MI5), Defend the Realm (2009). For six years, this research position gave him privileged access to the archives of MI5, the world's longest-running security intelligence agency.

Walton is also an English-qualified Barrister (attorney), and, among other matters, has worked on high-profile litigation and international arbitration cases involving government and national security issues and regulatory investigations.