Sharing the Burden: The Anglo-American Struggle to Save the Armenians and Remake Global Order | LBJ School of Public Affairs | The University of Texas at Austin
Skip to main content

Sharing the Burden: The Anglo-American Struggle to Save the Armenians and Remake Global Order 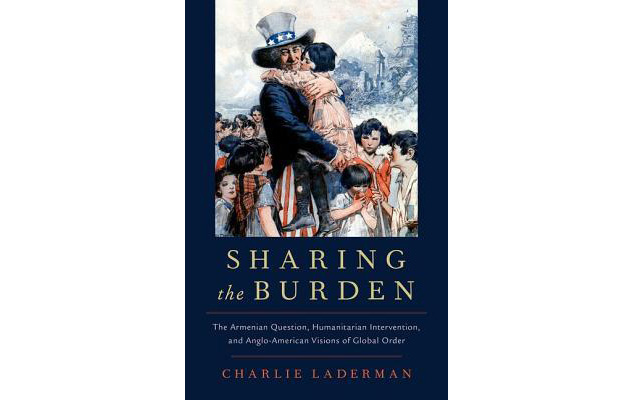 On Tuesday, Oct. 29, the Clements Center for National Security will host Charlie Laderman, lecturer in international history at the War Studies Department, King's College London, for his talk "Sharing the Burden: The Anglo-American Struggle to Save the Armenians and Remake Global Order" at The University of Texas at Austin.

Laderman was previously a Harrington Faculty Fellow at The University of Texas at Austin, a Research Fellow at Peterhouse, University of Cambridge, a Fox International Fellow and Smith Richardson Fellow at Yale University, and a Fellow at the Kluge Center, Library of Congress. He is the author of Sharing the Burden: The Armenian Question, Humanitarian Intervention and Anglo-American Visions of Global Order (Oxford University Press, 2019) and co-author of Donald Trump: The Making of a Worldview (I.B. Tauris, 2017). His next book, Five Days in December: How Churchill and Stalin Were Saved by Hitler’s Greatest Mistake, is forthcoming from Penguin.