Red Planet: The Growing Reach of China's Military | LBJ School of Public Affairs | The University of Texas at Austin
Skip to main content 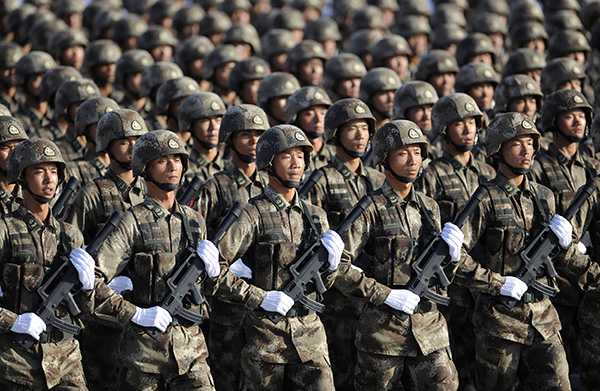 On Thursday, Oct. 21, the Clements Center for National Security, the Strauss Center for International Security and Law and the Asia Policy Program will host Thomas Shugart, adjunct senior fellow with the defense program at the Center for a New American Security, for "Red Planet: The Growing Reach of China's Military." Join us at 12:15 p.m. CT in Bass Lecture Hall at the LBJ School of Public Affairs..

Tom Shugart is an adjunct senior fellow with the defense program at the Center for a New American Security. His research focuses on undersea warfare and maritime competition, military innovation and acquisition, and the broader military balance in the Indo-Pacific.

Shugart served for over 25 years in the Navy, where he last worked in the Defense Department's Office of Net Assessment. He served as a submarine warfare officer during his military service, deploying multiple times to the Indo-Pacific region and commanding the nuclear-powered fast attack submarine USS Olympia (SSN 717) from 2013 to 2016. Following his submarine command tour, he served on the Navy staff as the principal officer providing oversight of the Columbia Class SSBN Program, the Navy's highest-priority acquisition effort. Over the course of his military career, he served aboard both fast attack and ballistic missile submarines as well as at shore headquarters; he also served on the Joint Staff as the principal officer responsible for nuclear strike planning, advising of senior Defense Department leaders on nuclear weapons employment plans, and the training of presidential military aides and command center personnel on nuclear command and control.

Shugart's writing has appeared in War on the Rocks, the National Interest, the U.S. Naval Institute's Proceedings, and the Lowy Institute's Interpreter. He has provided expert testimony to the U.S.-China Commission and the Senate Foreign Relations Committee, and has been quoted in publications such as the New York Times, Wall Street Journal, Japan Times, CNN.com, and The Economist. During a previous assignment to the Center for a New American Security as a Navy Fellow, in 2017 he published the highly influential study "First Strike: China’s Missile Threat to U.S. Bases in Asia," which has been cited in numerous U.S. and international think tank reports and studies.

Shugart is a graduate of the U.S. Naval War College, where he holds an M.A. in national security and strategic studies. During his time there, he served as a full-time member and Red Force commander of the Halsey Alfa Group, gaming near-future operational-tactical warfighting in East Asia. He is also a graduate in mechanical engineering of The University of Texas at Austin, and received postgraduate training in nuclear engineering from the U.S. Naval Nuclear Propulsion Program. He is an instrument-rated commercial pilot and FAA-certified flight instructor.

REGISTRATION IS REQUIRED FOR ALL VIRTUAL AND IN-PERSON EVENTS

The Clements Center will continue to follow all public health related policies of the University of Texas. Please be mindful that an inherent risk of exposure to viruses and other health threats exists in any public space. Attendees voluntarily assume all associated risks. All UT guidelines and FAQs about COVID-19 can be found at Protect Texas Together.