Housing Policy in Latin American Cities: A New Generation of Strategies and Approaches for 2016 UN-Habitat III 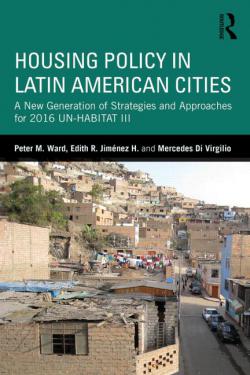 pAfter the 1960s, rapid urbanization in developing regions in Latin America, Africa, and Asia was marked by the expansion of low-income irregular settlements that developed informally and which, by the 2000s, often constitute between 20-60 percent of the built-up area of metropolitan areas and other large cities. Apart from the activities of Latin American Housing Network (LAHN a href="http://www.lahn.utexas.org" title="www.lahn.utexas.org"www.lahn.utexas.org/a), there has been minimal attention directed at the earliest portion of settlements that formed some 25-40 years ago that now form a large part of the intermediate ring of the cities.nbsp;nbsp; Developed as a coordinated collaborative research project, the authors and contributors offer original perspectives on the policy challenges of densification and rehabilitation facing much of the low income housing of Latin American cities./p