November Elections: The Consequences for American Foreign Policy | LBJ School of Public Affairs | The University of Texas at Austin
Skip to main content 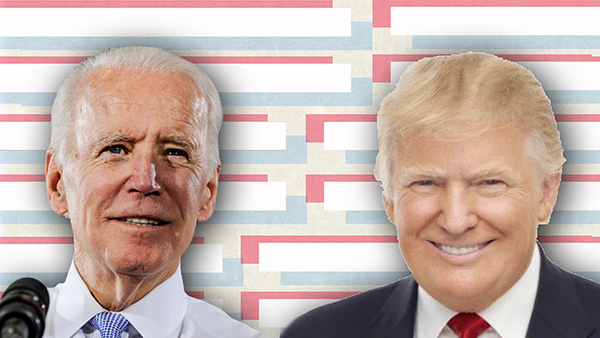 On Tuesday, Sept. 29, Clements Center Executive Director Will Inboden and Senior Fellow Jim Golby will host a virtual event: "November Elections: The Candidates on American Foreign Policy." Join us at 12:15 p.m. CDT for this discussion. Registration opens at 12 p.m.

William Inboden is the executive director and William Powers, Jr. Chair at the William P. Clements, Jr. Center for National Security at The University of Texas at Austin. He also serves as associate professor at the LBJ School of Public Affairs, distinguished scholar at the Robert S. Strauss Center for International Security and Law, and editor-in-chief of the Texas National Security Review. Inboden's other current roles include associate with the National Intelligence Council, member of the CIA's Historical Review Panel, member of the State Department's Historical Advisory Council, and non-resident fellow with the German Marshall Fund of the United States. Previously, Inboden served as senior director for strategic planning on the National Security Council at the White House, where he worked on a range of foreign policy issues including the National Security Strategy, strategic forecasting, democracy and governance, contingency planning, counter-radicalization, and multilateral institutions and initiatives. He also worked at the Department of State as a member of the Policy Planning Staff and a special advisor in the Office of International Religious Freedom, and has worked as a staff member in both the U.S. Senate and the House of Representatives.

Jim Golby joined the Clements Center for National Security in July 2020 as a senior fellow and the Department of Government as a lecturer. He is a U.S. Army strategist with 20 years in uniform, currently serving as a defense policy adviser at the United States Mission to NATO. His work focuses on civil-military relations, military strategy, domestic sources of foreign policy, and American national security policy. He is also the co-host of the Center for Strategic and International Studies' "Thank You for Your Service" podcast, a non-resident senior fellow with the United States Studies Centre in Sydney, Australia, and a member of the editorial board for the inter-disciplinary journal Armed Forces & Society. Golby previously served as a special adviser to the Vice President of the United States, as a special assistant to the Chairman of the Joint Chiefs of Staff, and as an assistant professor of American politics, policy, and strategy at the U.S. Military Academy at West Point. Before becoming an Army strategist, he commanded a security company in Iraq (2006–07) and led a scout platoon in combat in Iraq (2004–05). He is a former International Affairs Fellow with the Council on Foreign Relations (2016–17) and a Munich Young Leader (2017). He is currently working on two main research projects: a book project, with Dr. Peter Feaver, that examines the determinants of public confidence in the U.S. military; and another project that explores how political polarization shapes American civil-military relations. Golby graduated with a B.S. in American government from the U.S. Military Academy and was commissioned in the U.S. Army in June 2001. He also holds a Ph.D. in political science from Stanford University.