New Deals in Europe and America 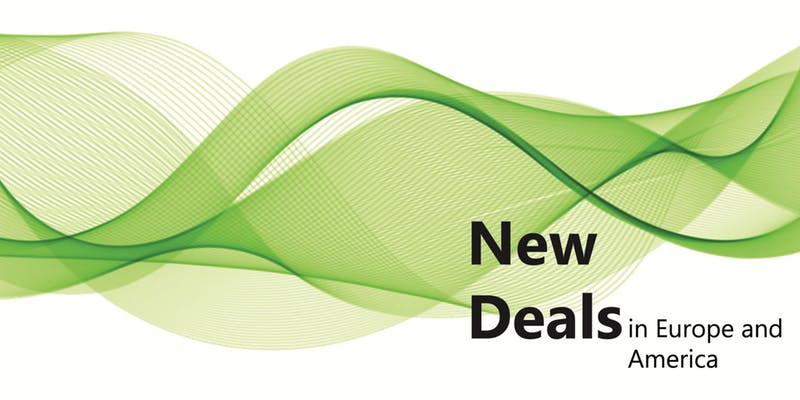 The New Deal has become a leading symbol of our own age. This conference will explore the elements of a "Green New Deal" in Europe and America and of the "European New Deal" project of the Democracy in Europe Movement, in light of the history of the original New Deal of Franklin Roosevelt's United States. Over two days experts along with political leaders and activists will discuss the energy transformation necessary to meet the climate crisis and the associated social, labor, financial and economic policies. The conference will be held in the Bass Lecture Hall at the LBJ School of Public Affairs and is free and open to the public.

This is the fifth in a biennial series of Texas conferences on European issues, which have in past years explored the crisis of the Eurozone, the Greek crisis and the relationship of the South American Summer to European problems. It will engage senior American experts as well, including Michael Lind and James Galbraith of the University of Texas at Austin and Damon Silvers, Policy Director of the AFL-CIO.

Keynotes will be given by Peter Bofinger and Kathryn Flynn.