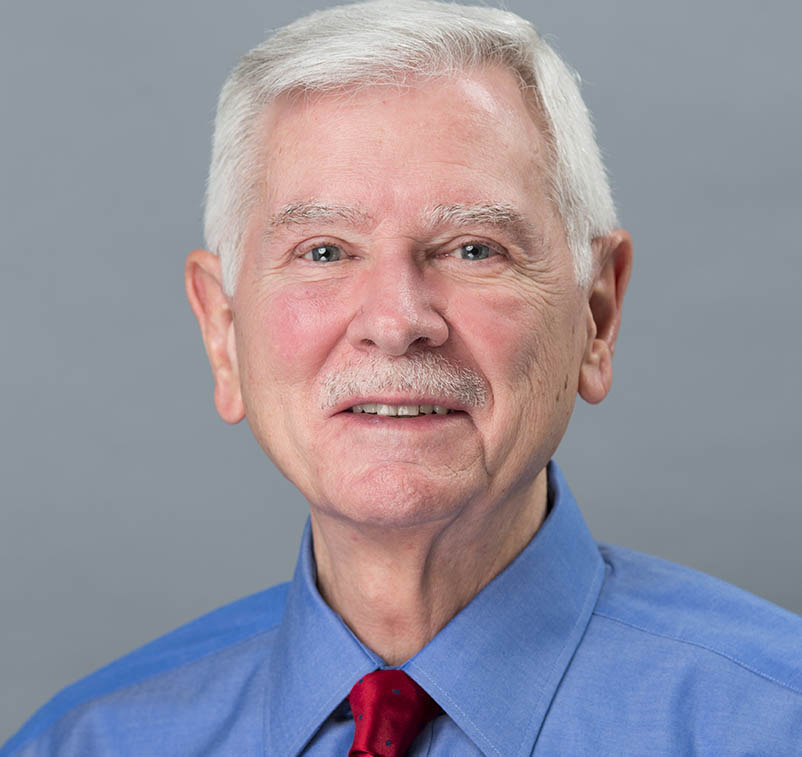 Howard T. Prince II, a longtime LBJ professor and retired brigadier general, died on May 19, 2021 from a rare form of blood cancer. He is survived by his wife, Susan, and family. A burial will take place at the U.S. Military Academy at West Point, and a memorial service will be held in Belton, Texas, where he grew up.

Prince, a clinical professor who held the Loyd Hackler Endowed Chair in Ethical Leadership here at the LBJ School, was known across the country for his own personal leadership and for building programs in leadership studies. In its 2010 profile of Prince, The Alcalde wrote: "There is perhaps no greater expert on leadership development in the country. No one has more profoundly altered the character and leadership training of the modern United States Army."

Prince's belief in ethical leadership was rooted in his experiences as a highly decorated U.S. Army combat veteran in Vietnam. He earned his Ph.D. in clinical psychology at The University of Texas at Austin before returning to his alma mater, the U.S. Military Academy at West Point, where as the youngest colonel in the Army he was appointed to lead its new Department of Behavioral Sciences and Leadership. He also played an important role in integrating the military academy to include women among its students.

After serving as the founding dean and professor of leadership studies at the University of Richmond's Jepson School of Leadership Studies, he returned to the Forty Acres and joined the LBJ School in 1999. Under the leadership of then-Dean Ed Dorn, he became the director of the Center for Ethical Leadership and a faculty member who ultimately taught nearly 900 students during his tenure. Early in the development of the undergraduate Bridging Disciplines Programs, he volunteered to serve as a member of the faculty steering committee and in 2006 was asked to develop and teach a capstone course on leadership and ethics for the Leadership and Ethics BDP. He taught the course every year until his retirement in 2019.

The 2010 Alcalde article explored one of the things that made Prince's teaching so special:

"On the first day of classes, Prince takes his LBJ School students on a thought experiment. Let's say you've won a prestigious Presidential Management Internship in Washington, DC, and your boss calls you in. She has a special project for you. She wants you to devise a strategy for the U.S. Postal Service to get out of the red and wants you to look at how to increase revenues by offering payday loans.

Prince asks for ideas, and the students throw themselves into the project, offering some basic ones at first but gradually developing more sophisticated and ambitious plans. Imagining their fake internships on the line and their fake boss offering them a chance to impress, the students bring all their ambition and creativity to the task. At the end, Prince makes his point. 'I heard a lot of great ideas, but how come no one asked whether the postal service should be raising money on the backs of poor people? The first step in ethical leadership,' he says, 'is recognizing when you're facing an ethical dilemma.'"

Prince connected the LBJ School to many colleges and universities in the U.S. as well as other countries, notably several universities in Mexico, through the Hatton W. Sumners Student Leadership Conference that he organized and hosted annually for 16 years. The Sumners Foundation supported the conference with grants of more than $2.8 million during those years. Over 2,600 participants have attended one of these Conferences, and Prince selected and trained almost 200 UT graduate students, mostly from LBJ to serve in key roles during each conference.

In addition to his leadership courses and programs at UT, Prince had a major impact in developing leaders for health care systems and police organizations across the nation. He lectured widely in the U.S. and other countries on leadership and designed and taught a college-level leadership course for police organizations as part of the national response to Rodney King's beating by police officers in Los Angeles. This culminated in teaching a college-credit leadership course with Professor Michael Lauderdale of the Steve Hicks School of Social Work for the Austin Police Department at the request of former Austin Chief of Police Stan Knee. Graduates of the course, which was taught for seven years, include UT Chief of Police David Carter and many senior officers serving in the APD.

The many honors Prince received during his years at LBJ include the John Flanagan Lifetime Achievement Award from the American Psychological Association (2009) and West Point's highest award for its alumni, the Distinguished Graduate Award (2006). He was especially proud of awards given for excellence upon nomination by students, including the Texas Exes Excellence in Teaching Award (2002) and The Eyes of Texas Excellence Award for outstanding contributions to student life (2008).

Howard Prince's impact is endless. Our hearts and minds are with his family and loved ones.