Protecting local water can help slow climate change and provide trillions of dollars in benefits | LBJ School of Public Affairs | The University of Texas at Austin
Skip to main content
News • May 14, 2021 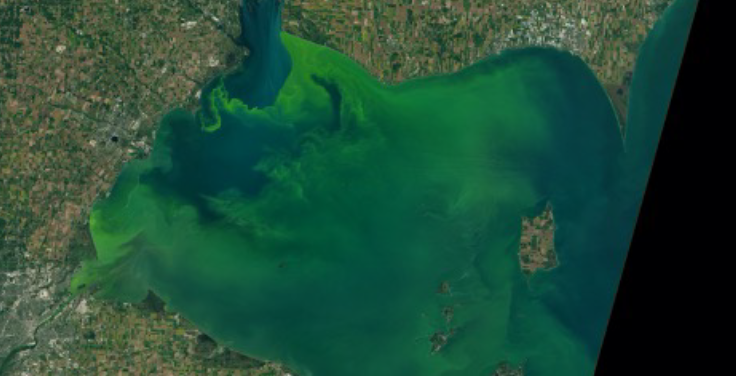 A new paper in the May issue of Nature Communications demonstrates why reducing nutrient pollution in local lakes and other waterbodies produces economic benefits globally: Reducing water pollution can help slow climate change and provide trillions of dollars in benefits.

Using one Lake Erie case study as an example, the authors also found that the global climate change value of protecting this Great Lake from harmful algae blooms was 10 times as great as the value of improved beach use or sport fishing.

This new evidence from the LBJ School of Public Affairs at The University of Texas at Austin runs counter to previous cost-benefit studies showing the costs of protecting local water sources often exceeded the benefits.

One reason for this, said the authors, is that scientists and economists have previously considered only a narrow range of local benefits when calculating the outcomes of good water quality. The study's authors sought to calculate the potential global benefits.

"This work is exciting for two reasons. First, it shows that we are leaving out an important type of benefit – avoided global climate damages – in the typical way we estimate the benefits of local water pollution control," said Sheila Olmstead, a co-author and environmental economist at the LBJ School. "Our paper suggests that regulators should consider changing this practice. Second, it highlights reducing nutrient pollution as a potentially cost-effective tool for reducing methane emissions, an important climate change policy goal."

Cleaning or keeping a local lake or waterbody free of unwanted nutrients – avoiding what scientists call eutrophication – typically benefits local people who use that particular water body, such as anglers and beach-goers. Globally, it's also good for reducing the amount of the greenhouse gas methane that is released into the atmosphere from a eutrophic water body.

"We seem to have found sort of a sweet spot for cost effectiveness ... This new study suggests that it’s possible to do this in a way that’s both impactful and cost effective." —LBJ Professor Sheila Olmstead

The authors sought to answer the question: How large are the economic benefits from protecting the climate by protecting lakes?

The authors' analysis shows that local water quality protection has global economic implications. The substantial emissions they document from lakes and reservoirs and the potential for increased emissions suggest that there is considerable value to be gained by improving water quality in lakes and reservoirs and in preventing further deterioration.