The year-long policy research project overseen by LBJ Professor Alan Kuperman finds that the dangers of plutonium outweigh the positives of nuclear power.

Nuclear power plants traditionally use uranium fuel, which is relatively safe and uncontroversial. However, seven countries around the world have also used fuel made of plutonium, which is controversial because it causes cancer, may be used in nuclear weapons, and is very expensive to purify and manufacture into fuel. So why do these countries produce and use such dangerous fuel and what has been their experience?

In the first comprehensive global study of plutonium for energy, LBJ School students, under the leadership of LBJ Professor Alan Kuperman, documented the fuel's production and use in Belgium, France, Germany, Japan, the Netherlands, Switzerland and the United Kingdom. Plutonium is combined with uranium to make mixed-oxide (MOX) fuel, which substitutes for pure uranium fuel in a fraction of the world's reactors. The study finds that 5 of the 7 countries — all except France and Japan — have already decided to phase out plutonium fuel.

"[O]ur research found that plutonium's toxicity also undermines its affordability and popularity as a nuclear fuel. So the LBJ study suggests that even people who are pro-nuclear power should oppose plutonium fuel." —Professor Alan Kuperman

The research, conducted as part of a year-long policy research project (PRP), finds that the dangers of plutonium fuel have helped to undermine the economics, safety, security and popularity of nuclear power.

"The U.S. government decided in the 1970s to oppose plutonium fuel because of the risks of nuclear weapons spreading to rogue states or terrorists," said Kuperman. "But our research found that plutonium's toxicity also undermines its affordability and popularity as a nuclear fuel. So the LBJ study suggests that even people who are pro-nuclear power should oppose plutonium fuel."

Students spent their first semester learning about nuclear energy and plutonium's dangers, costs and benefits. Then they traveled to their assigned countries to interview industry professionals, academics, policymakers and NGO experts. 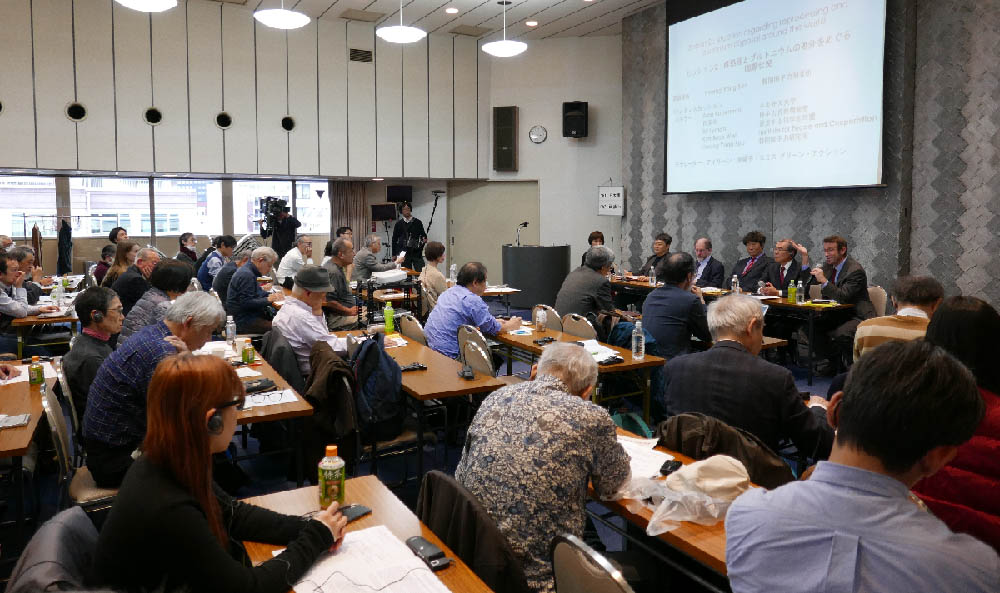 LBJ Professor Alan Kuperman (table, right) talks through the recommendations of the policy research project on plutonium during a symposium in Tokyo in November. (Photo courtesy of Alan Kuperman)

"Field research was a really valuable part of this project," said Kingsley Burns, a Master of Global Policy Studies student in the PRP. "It allowed us to travel to each of our countries and interview some of the policymakers and experts from the nuclear industry who were actually involved in that program. There are some details you get from talking to these individuals or retirees that you don't find in the official publications or documents."

Since the report was published, Kuperman has traveled to Japan, South Korea and Austria to share the report's findings with the Diet, Japan's parliament, local citizens groups, academics and ambassadors.

"The policy research project is very distinctive of the LBJ School," said Kuperman, who is also the founding coordinator of the Nuclear Proliferation Prevention Project. "Other schools have one-semester things, capstone projects, but we have a full-year policy research project where we have an external client (the MacArthur Foundation in this case) who pays for the research. They can't tell you what the findings should be, but they can pay for you to do the study, which allows you to go do field research and present your findings to policymakers in Washington and around the world."