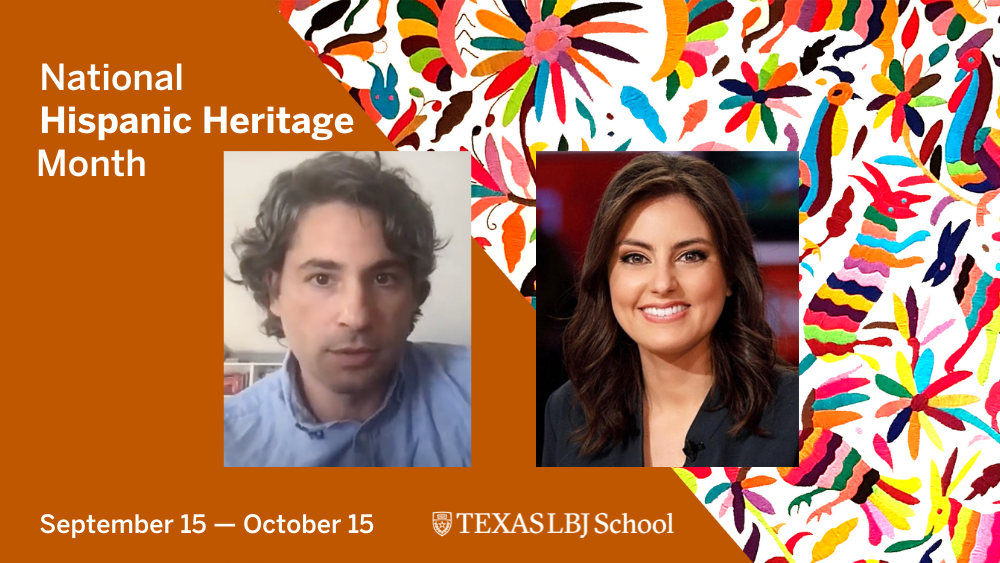 The observation of Hispanic Heritage Month started in 1968 as Hispanic Heritage Week under President Lyndon Johnson and was expanded by President Ronald Reagan in 1988 to cover a 30-day period starting on Sept. 15 and ending on Oct. 15. It was enacted into law on Aug. 17, 1988, on the approval of Public Law 100-402.

The LBJ School opened Hispanic Heritage Month 2021 with a conversation with Carlos Odio, co-founder of Equis Labs, a resource for leaders in the Latinx community established to change the way we think about the Latino community and building toward power. Odio and Victoria DeFrancesco Soto, LBJ's assistant dean of civic engagement & external affairs, discussed lessons learned from the 2020 election, took a data deep dive on Texas, and looked forward to the path of a highly engaged Latinx political voice.

We closed the month with a conversation with Daniela Pierre-Bravo, who told her story as a former DACA recipient and reflected on how the 11 million undocumented people in this country are part of the American story and fabric of this nation. Pierre-Bravo is a New York-based TV producer for MSNBC's "Morning Joe," an author and the founder of Acceso Community, a mentoring platform for young women. Her writing and reporting has appeared in Cosmopolitan, Refinery 29, NBC Latino and more. 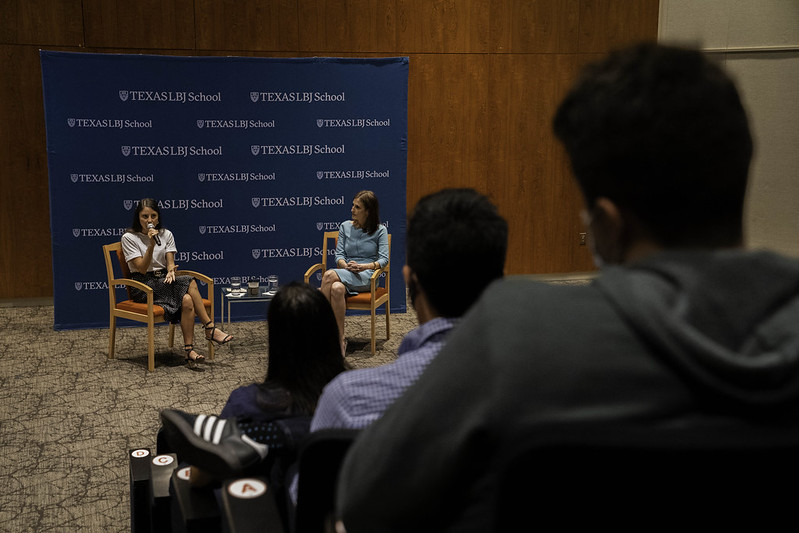