Karl Rove on America's Broken Politics: How We Got Here, How We'll Get Out of It | LBJ School of Public Affairs | The University of Texas at Austin
Skip to main content

Karl Rove on America's Broken Politics: How We Got Here, How We'll Get Out of It 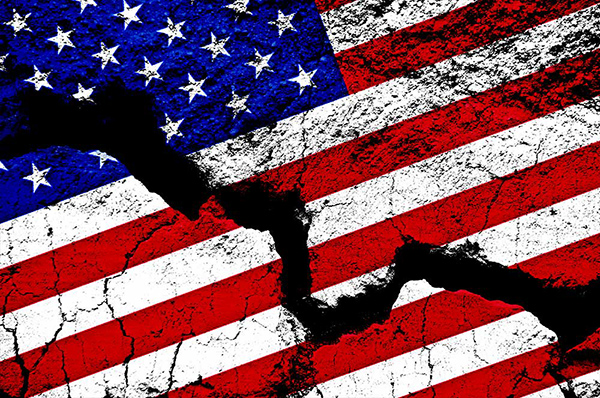 On April 7, the Clements Center for National Security and the UT-Austin Office of the President will host Karl Rove, former deputy chief of staff and senior advisor to President George W. Bush, for a virtual talk on "America's Broken Politics: How We Got Here, How We'll Get Out of It." University of Texas President Jay Hartzell will introduce Rove. Please join us on Zoom at 12:15 p.m. CT.

Karl Rove served as senior advisor to President George W. Bush from 2000 to 2007 and deputy chief of staff from 2004 to 2007. At the White House he oversaw the Offices of Strategic Initiatives, Political Affairs, Public Liaison and Intergovernmental Affairs, and was deputy chief of staff for policy, coordinating the White House policy-making process.

Rove has been described by respected author and columnist Michael Barone in U.S. News & World Report as "…unique…no Presidential appointee has ever had such a strong influence on politics and policy, and none is likely to do so again anytime soon." Washington Post columnist David Broder has called him a master political strategist whose "game has always been long term…and he plays it with an intensity and attention to detail that few can match." Fred Barnes, executive editor of The Weekly Standard, has called Rove "the greatest political mind of his generation and probably of any generation. He knows history, understands the moods of the public, and is a visionary on matters of public policy."

Before Rove became known as "the architect" of President Bush's 2000 and 2004 campaigns, he was president of Karl Rove + Company, an Austin-based public affairs firm that worked for Republican candidates, nonpartisan causes and nonprofit groups. His clients included over 75 Republican U.S. Senate, congressional and gubernatorial candidates in 24 states, as well as the Moderate Party of Sweden.

As a Fox News contributor, Rove provides a "genuine feel of inside knowledge," says Baltimore Sun television critic David Zurawik. Megan Garber of the Columbia Journalism Review says Rove has "focused his punditry on what he knows best: strategy." Even the New York Times writes that "Rove's substantive contributions may now inspire a little work ethic among the celebrity talking heads who may be forced to bring to the news a little more data and a little less opinion, a recalibration that would be welcome to its devoted viewers."

Rove writes a weekly op-ed for the Wall Street Journal and is the author of the New York Times bestseller, Courage and Consequence: My Life as a Conservative in the Fight. He has written for publications including The Daily Beast, Financial Times, Forbes, FoxNews.com, HumanEvents.com, Newsweek, New York Times, Washington Post and The Weekly Standard.

Rove has taught graduate students at UT Austin's Lyndon B. Johnson School of Public Affairs and undergraduates in a joint appointment from the journalism and government departments at the university. He was also a faculty member at the Salzburg Seminar.

He was previously a member of the Board of International Broadcasting, which oversaw the operations of Radio Free Europe and Radio Liberty, and served on the White House Fellows regional selection panel. He was also a member of the Boards of Regents at Texas Women's University and East Texas State University.

Rove now serves on the University of Texas Chancellor's Council Executive Committee and on the Board of Trustees for the Texas Parks and Wildlife Foundation and the Texas State History Museum Foundation. He is a member of the McDonald Observatory Board of Visitors and the Texas Philosophical Society. He was inducted into the Scandinavian-American Hall of Fame in 2009 and the American Association of Political Consultants Hall of Fame in 2012.

Clements Center for National Security, UT-Austin Office of the President