The Enduring Core of American Foreign Policy: Montesquieu and the Right of Nations | LBJ School of Public Affairs | The University of Texas at Austin
Skip to main content

The Enduring Core of American Foreign Policy: Montesquieu and the Right of Nations 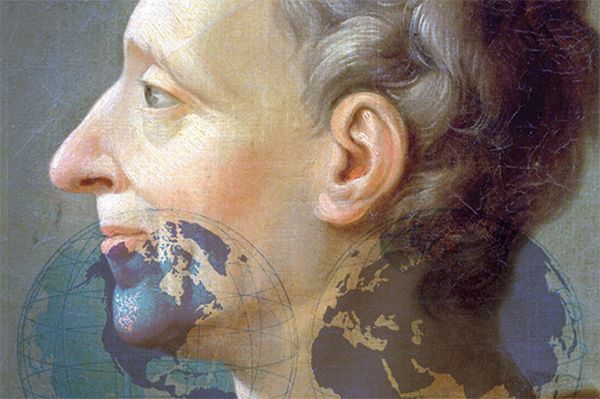 On Tuesday, October 18th, the Clements Center for National Security and the Civitas Institute will host Paul Carrese, Founding Director of the School of Civic and Economic Thought and Leadership at Arizona State University, for a talk on "The Enduring Core of American Foreign Policy: Montesquieu and the Right of Nations." Join us at 12:15 pm in the Eastwoods Room, Texas Union.

Paul Carrese is the founding director of the School of Civic and Economic Thought and Leadership at Arizona State University. For nearly two decades he was a professor of political science at the U.S. Air Force Academy, and co-founded a new honors program blending liberal arts education and leadership education. He is author of The Cloaking of Power: Montesquieu, Blackstone, and the Rise of Judicial Activism, and co-editor of three other books – on George Washington, constitutionalism, and American grand strategy. His most recent book is Democracy in Moderation: Montesquieu, Tocqueville, and Sustainable Liberalism. He has held fellowships at Oxford University as a Rhodes Scholar; Harvard University; the University of Delhi (as a Fulbright fellow); and the James Madison Program, Politics Department, Princeton University.  He served on the founding advisory board of the Program on Public Discourse at University of North Carolina Chapel Hill, and co-led a national study funded by the NEH and US Department of Education, Educating for American Democracy, on improving American history and civics education in K-12 schools with partners from Harvard and Tufts Universities and iCivics (released in 2021).