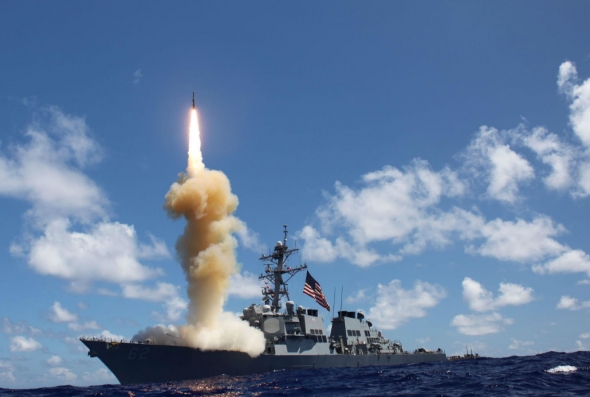 On Tuesday, Sept. 15, the Clements Center for National Security will host Rebeccah Heinrichs, senior fellow at the Hudson Institute, for a virtual event on "Deterring War with Major Powers," 12:15–1:30 p.m. CT. Registration begins at 12 p.m.

Rebeccah L. Heinrichs is a senior fellow at Hudson Institute, where she specializes in nuclear deterrence and missile defense. Heinrichs serves as an adjunct professor at the Institute of World Politics where she teaches nuclear deterrence theory. She was tapped by the State Department's U.S. Speaker Program to communicate with foreign audiences to foster greater understanding. Heinrichs is a contributing editor of Providence: A Journal of Christianity and American Foreign Policy. She publishes frequently in leading political magazines and academic journals, and is a regular commentator on major cable news and radio programs. Heinrichs served in the U.S. House of Representatives as an adviser to former Rep. Trent Franks (R-AZ), where she focused on matters related to the Strategic Forces Subcommittee of the Armed Services Committee. She was instrumental in starting the Bipartisan Missile Defense Caucus. Prior to her work on defense policy, Heinrichs served on the oversight staff of the House Judiciary Committee. She earned her M.A. in national security and strategic studies from the U.S. Naval War College, and graduated with highest distinction from its College of Naval Command and Staff, receiving the Director's Award for academic excellence. She earned her B.A. in history and political science from Ashland University in Ohio and was an Ashbrook Scholar. She and her husband live in Virginia with their five children.