Cold War Radio: The Russian Broadcasts of the Voice of America and Radio Free Europe/Radio Liberty | LBJ School of Public Affairs | The University of Texas at Austin
Skip to main content

Cold War Radio: The Russian Broadcasts of the Voice of America and Radio Free Europe/Radio Liberty 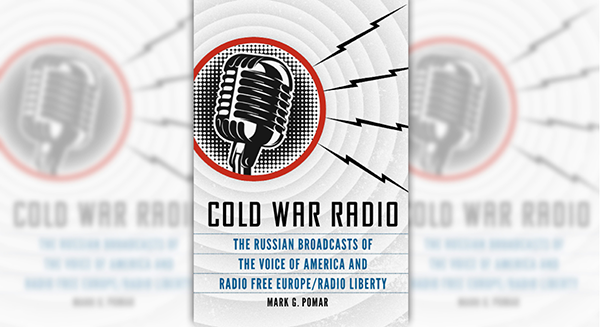 On Wednesday, October 19, the Clements Center for National Security, the Center for Russian, East European and Eurasian Studies, the Center for European Studies, the Moody College of Communication and the LBJ School of Public Affairs will host Mark Pomar, Clements Center Senior National Security Fellow, for a book talk on his forthcoming release Cold War Radio: The Russian Broadcasts of the Voice of America and Radio Free Europe/Radio Liberty. Join us at 12:15 pm in SRH 3.122, The LBJ School of Public Affairs.

Mark G. Pomar has had a distinguished career in academia, US government, and the NGO/foundation sector. From 1975 to 1982, Mark taught Russian Studies at the University of Vermont and was awarded tenure. Later in his career, he was a scholar at the Woodrow Wilson Center (Washington) and an Adjunct Professor at the Maxwell School (Syracuse University) where he taught courses on international development.

From 1982 to 1993, Mark worked as Assistant Director of the Russian Service at Radio Free Europe/Radio Liberty (Munich), as Director of the USSR Division at the Voice of America, and as Executive Director of the Board for International Broadcasting. As a member of the USG Senior Executive Service, Mark oversaw radio broadcasts, negotiated international agreements for radio transmission (Portugal, Spain, Israel), and testified in Congress on policies, budgets and programs of international broadcasting. In addition, he conducted the first discussions with Soviet authorities about the cessation of jamming (1987-1988) and negotiated the opening of RFE/RL news bureaus in Warsaw, Moscow and Kyiv.

From 1993 to 2008, Pomar was a senior executive at IREX, a large US international organization operating in 33 countries that administered programs in education, public policy, and media. He worked closely with the Department of State and USAID on projects in Eastern Europe, the Balkans and the Middle East. Mark served as President and CEO of IREX from 2000 to 2008.

From 2008 to 2017, Mark was the founding CEO and President of the US - Russia Foundation (USRF), a private US foundation based in Moscow that ran programs in entrepreneurship and the rule-of-law. In that capacity, he forged ties between US and Russian universities and developed programs with the Supreme Commercial Court of Russia, among many other projects.