Is Coexistence Possible Amidst Intensifying Rivalry? Charting a Path For the Future of U.S.-China Relations | LBJ School of Public Affairs | The University of Texas at Austin
Skip to main content

Is Coexistence Possible Amidst Intensifying Rivalry? Charting a Path For the Future of U.S.-China Relations 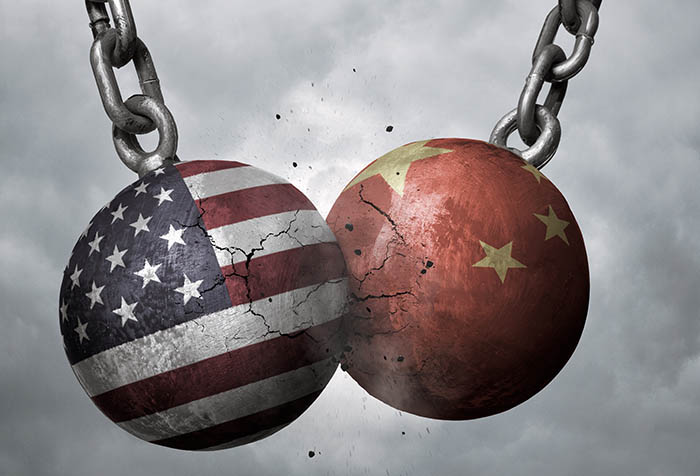 Is Coexistence Possible Amidst Intensifying Rivalry? Charting a Path For the Future of U.S.-China Relations

On Thursday, Oct. 7, the Asia Policy Program at the Strauss and Clements Centers is pleased to welcome Ryan Hass, author of Stronger: Adapting America's China Strategy in an Age of Competitive Interdependence, for a talk: "Is Coexistence Possible Amidst Intensifying Rivalry? Charting a Path For the Future of U.S.-China Relations."

How can the U.S. best manage its relationship with China? The country is at once America's most formidable challenger for regional and global leadership, a technological and economic competitor, and an important partner on a range of transnational challenges. Will it be possible for both sides to coexist amidst intensifying rivalry? How great is the risk of U.S.-China conflict, including over Taiwan? Hass will address these questions and more in opening comments before engaging in an open Q&A on the future of the world's most consequential bilateral relationship. Sheena Greitens, associate professor of public affairs at the LBJ School and director of the Asia Policy Program, will moderate the conversation.

Please note: Format is subject to change as we are continually monitoring health conditions. Masking and social distancing are optional but highly recommended. For those experiencing COVID-19 symptoms prior to the event, please refrain from attending the event. We will maintain a roster of all attendees and will provide the list to UT Health Austin for contact tracing purposes.

Ryan Hass is a senior fellow and the Michael H. Armacost Chair in the Foreign Policy program at Brookings, where he holds a joint appointment to the John L. Thornton China Center and the Center for East Asia Policy Studies. He is also the Interim Chen-Fu and Cecilia Yen Koo Chair in Taiwan Studies. He was part of the inaugural class of David M. Rubenstein fellows at Brookings, and is a nonresident affiliated fellow in the Paul Tsai China Center at Yale Law School. Hass focuses his research and analysis on enhancing policy development on the pressing political, economic and security challenges facing the United States in East Asia.

From 2013 to 2017, Hass served as the director for China, Taiwan and Mongolia at the National Security Council (NSC) staff. He advised President Obama and senior White House officials on all aspects of U.S. policy toward China, Taiwan and Mongolia, and coordinated the implementation of U.S. policy toward this region among U.S. government departments and agencies. He joined President Obama's state visit delegations in Beijing and Washington respectively in 2014 and 2015, and the president's delegation to Hangzhou, China, for the G-20 in 2016, and to Lima, Peru, for the Asia-Pacific Economic Cooperation (APEC) Leaders Meetings in 2016.

Prior to joining NSC, Hass served as a foreign service officer in U.S. Embassy Beijing, where he earned the State Department Director General's award for impact and originality in reporting, an award given annually to the officer whose reporting had the greatest impact on the formulation of U.S. foreign policy. Hass also served in Embassy Seoul and Embassy Ulaanbaatar, and domestically in the State Department Offices of Taiwan Coordination and Korean Affairs.  Hass received multiple Superior Honor and Meritorious Honor commendations during his 15-year tenure in the Foreign Service.