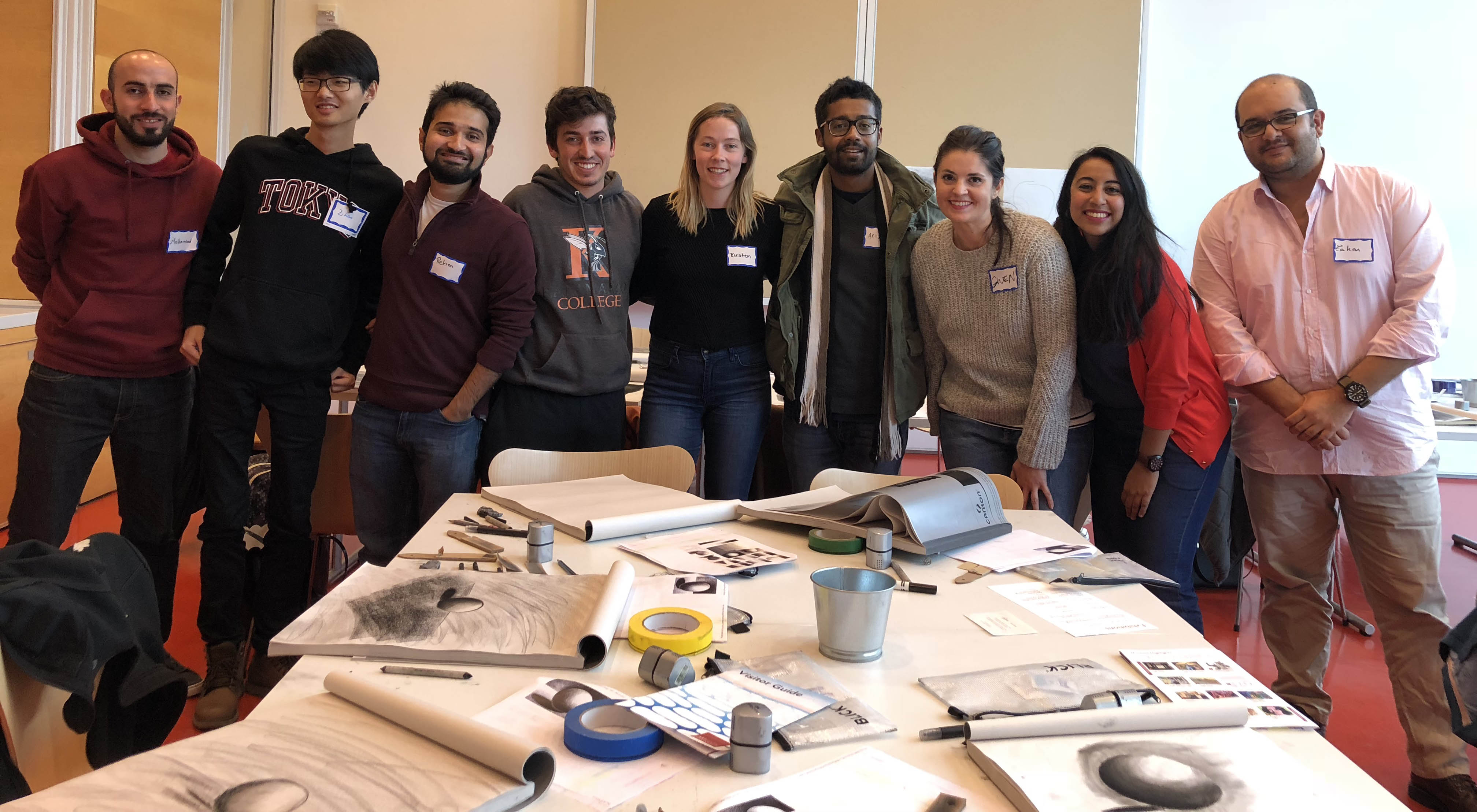 The William and Judith Bollinger International Student Enrichment Fund helps international master's degree students experience a bit of American culture that they can share with their peers, friends and families back home.

The LBJ School of Public Affairs is fortunate to have a cohort of international students from all over the world who help bring fresh perspectives to public and social policy work. But earning a graduate degree is about more than attending classes and doing research. Particularly for international students, getting a chance to learn more about the United States and experience some of its broader culture is an integral component to their education. Thanks to the William and Judith Bollinger International Student Enrichment Fund, a group of nine LBJ masters students headed to Chicago Nov. 2-4 to get a taste of life outside of Austin.

Before heading off to the Windy City, the group — Guillermo Dominguez, Kirsten Smith, Tahar Hichri, Anushree Deb, Arijit Paladhi, Sanaa Rafique, Rehan Hasan, Zihao Wang and Mohamed Abufalgha — weighed in on the itinerary and came up with the quintessential Chicago experience, engineered by Graduate Admissions and Program Coordinator Gwendolyn Kelso: deep-dish pizza from Lou Malnati’s, group trips to The Second City, the Art Institute of Chicago and sky-high fine dining, as well as some free time to explore the city on their own. The photos below offer some snapshots of their trip.

A teacher from The Second City helped LBJ students Sanaa Rafique, Tahar Hichri, Anushree Deb, Rehan Hasan, Zihao Wang and Mohamed Abufalgha hone their comedy skills during an improv workshop before they took in a show at the legendary comedy theater on Nov. 2. 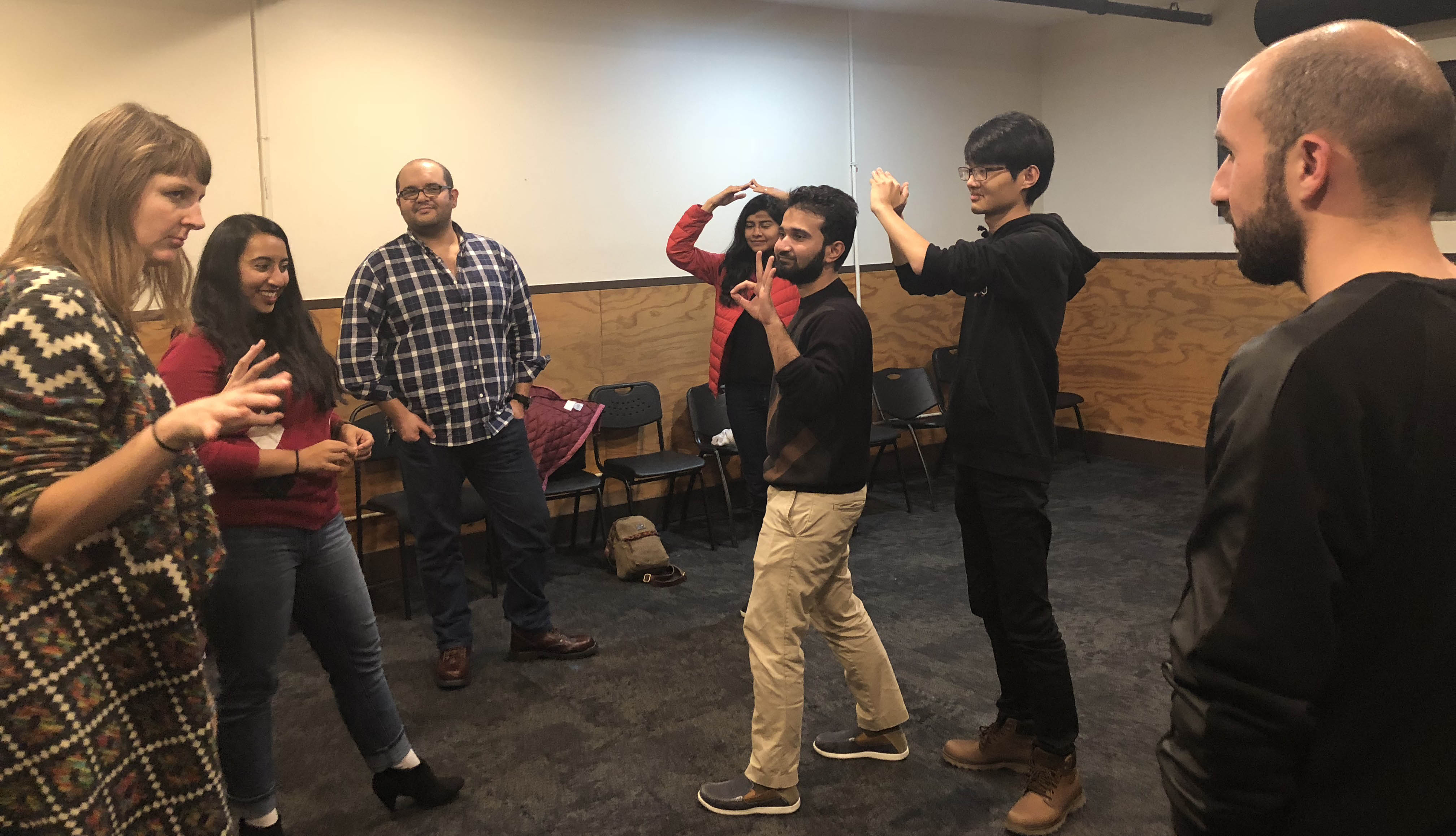 At the Art Institute of Chicago, the group explored the spectacular collection … 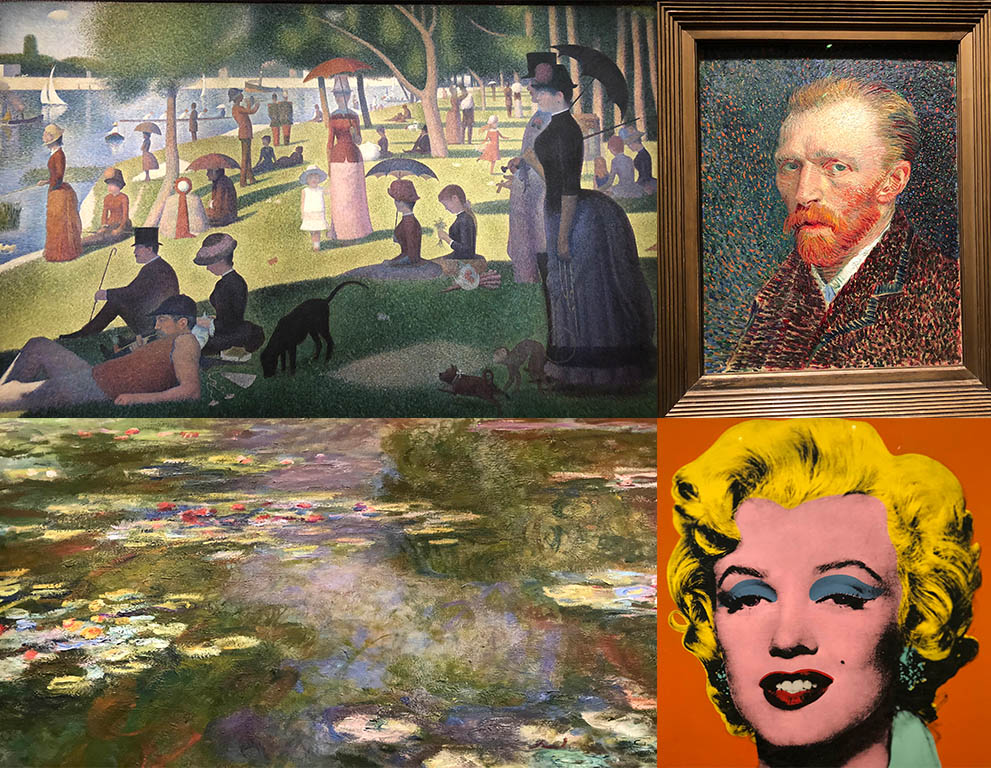 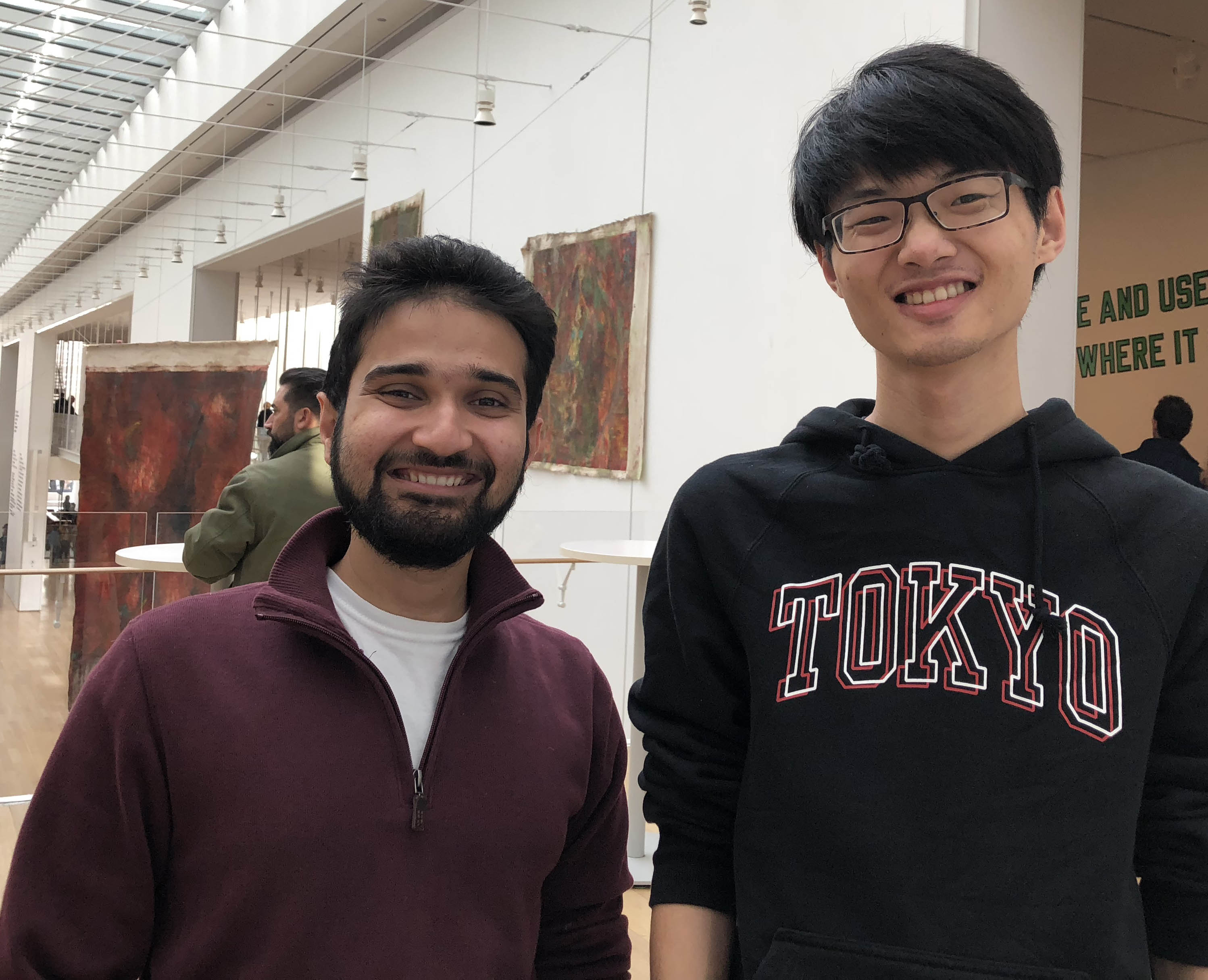 … before getting in touch with their inner artists in a beginning sketching workshop. 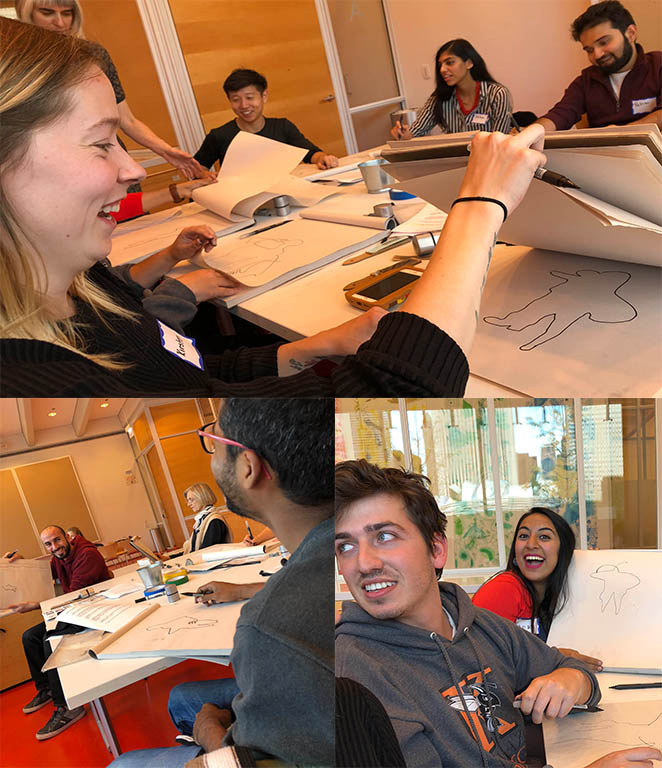 People go to a museum to see art, I go there to make art

On Nov. 3, they enjoyed some fine dining and spectacular views at The Signature Room on the 95th floor of 875 North Michigan Ave. 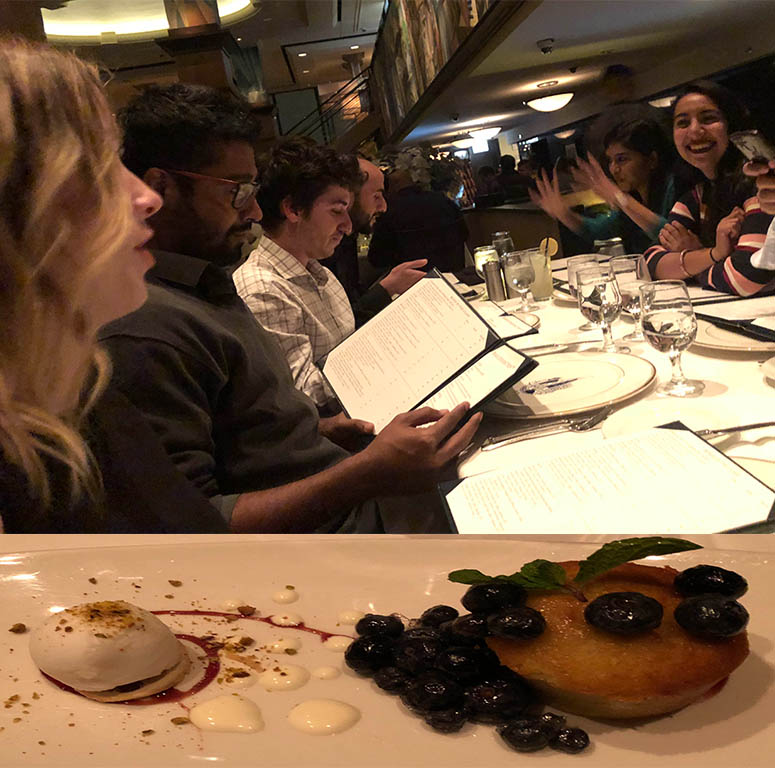 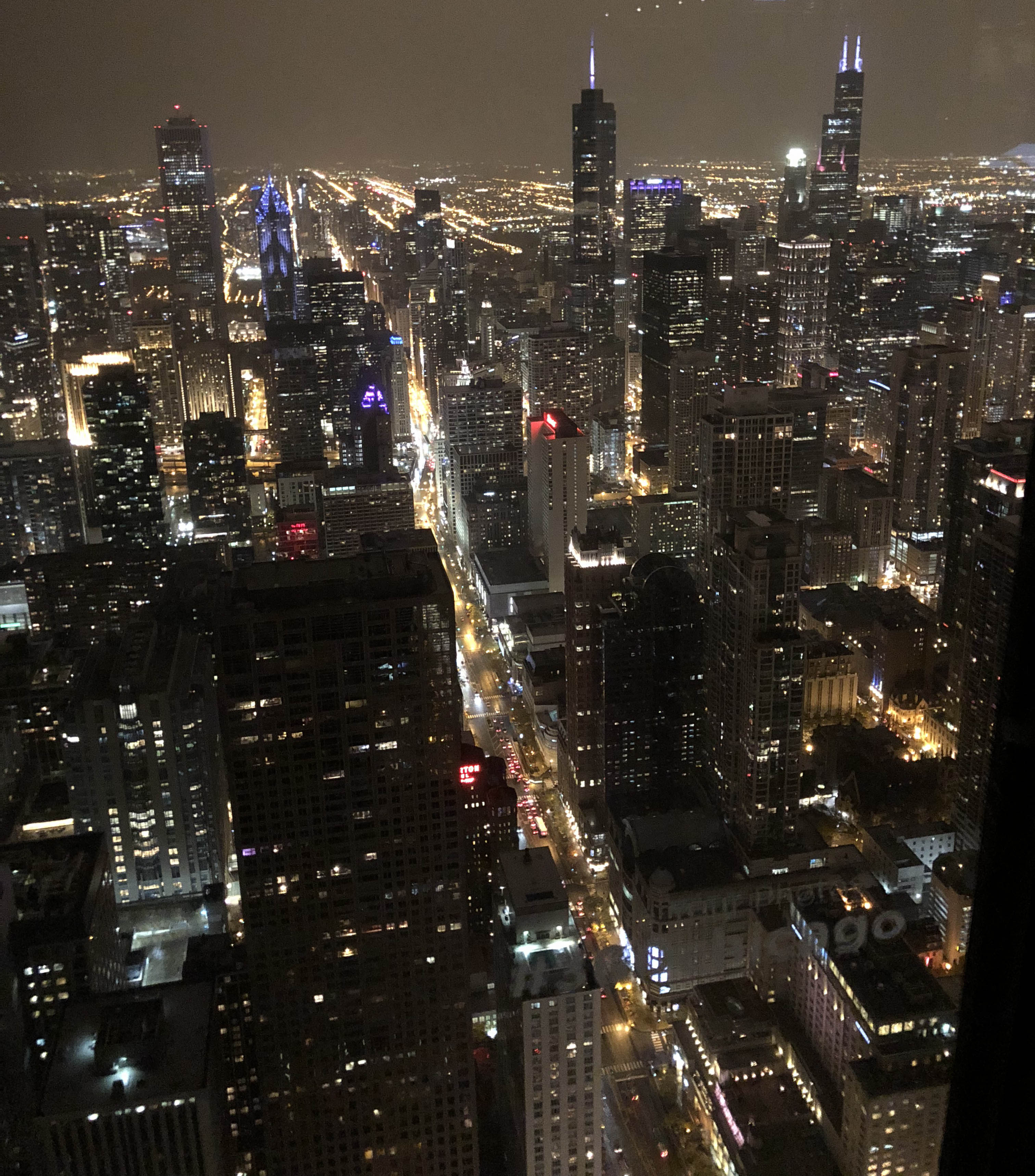 The view from the 94th floor of 875 N. Michigan Ave. (Photo courtesy of Gwendolyn Kelso)

Then they went just one floor down to get a bird's-eye view of Chicago at night on TILT, an enclosed moving observatory that tilts forward at intervals of 15, 25 and 30 degrees, giving visitors a downward-facing view of the city from 1,000 feet in the sky. 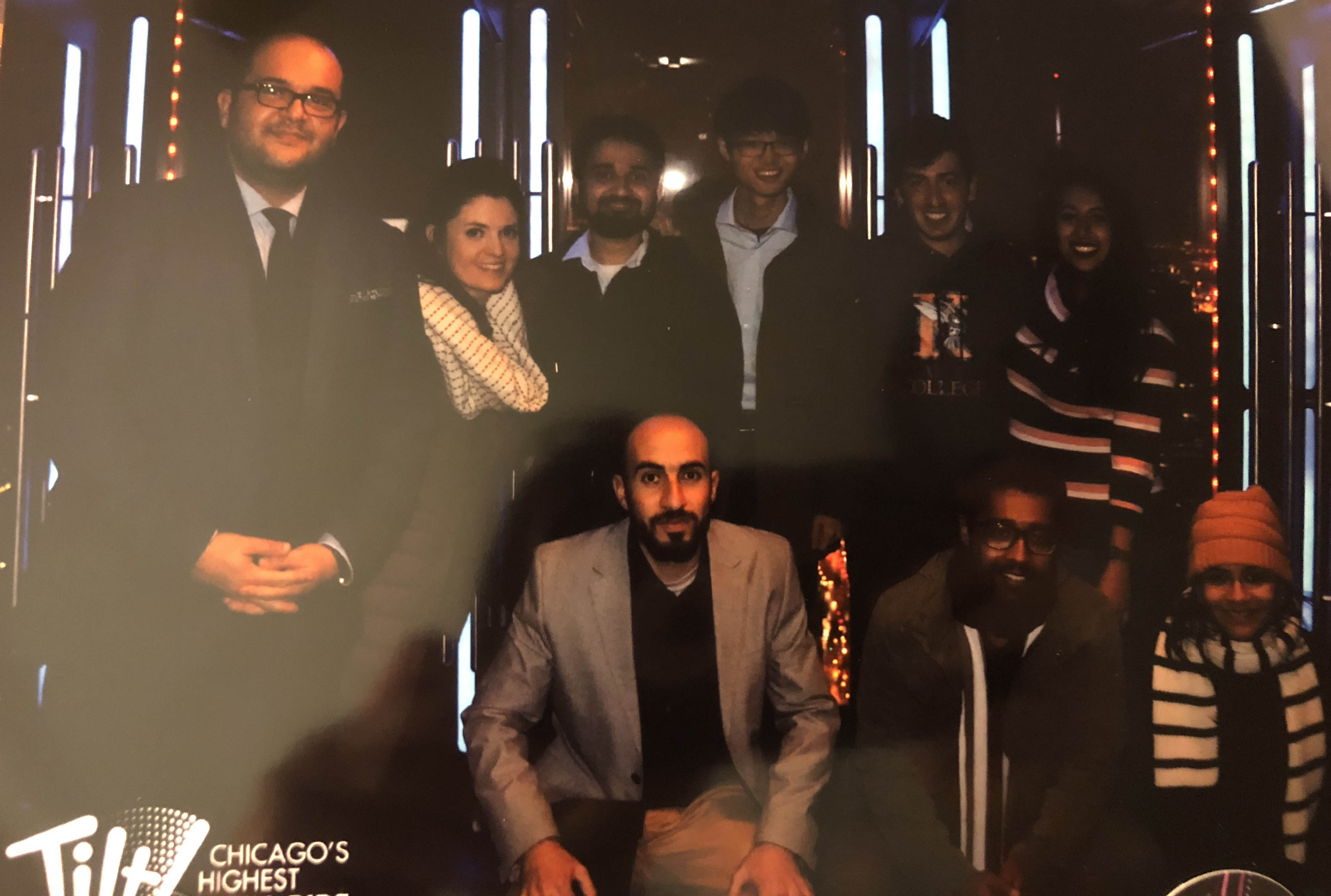 Awards from the William and Judith Bollinger International Student Enrichment Fund are open to all international students currently enrolled in a master’s degree program at the LBJ School.