Anointed With Oil: How Religion, Petroleum, and the Pursuit of Pax Americana Shaped the American Century | LBJ School of Public Affairs | The University of Texas at Austin
Skip to main content

Anointed With Oil: How Religion, Petroleum, and the Pursuit of Pax Americana Shaped the American Century 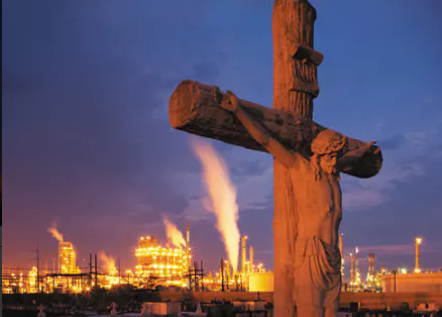 On Wednesday, Oct. 23, the Clements Center for National Security will welcome Darren Dochuk, associate professor of history at the University of Notre Dame, for a talk on "Anointed With Oil: How Religion, Petroleum, and the Pursuit of Pax Americana Shaped the American Century" at The University of Texas at Austin.

Dochuk writes widely on the history of religion, politics and culture in modern America. His most recent book, Anointed With Oil: How Christianity and Crude Made Modern America (Basic), was published in June 2019. His first book, From Bible Belt to Sunbelt: Plain-Folk Religion, Grassroots Politics, and the Rise of Evangelicalism (Norton) won the John H. Dunning Prize from the American Historical Association and the Ellis W. Hawley Prize from the Organization of American Historians, and was based on a dissertation that was awarded the Allan Nevins Prize from the Society of American Historians. He has also edited several other books on U.S. history, including most recently The Routledge History of the Twentieth-Century United States (Routledge).