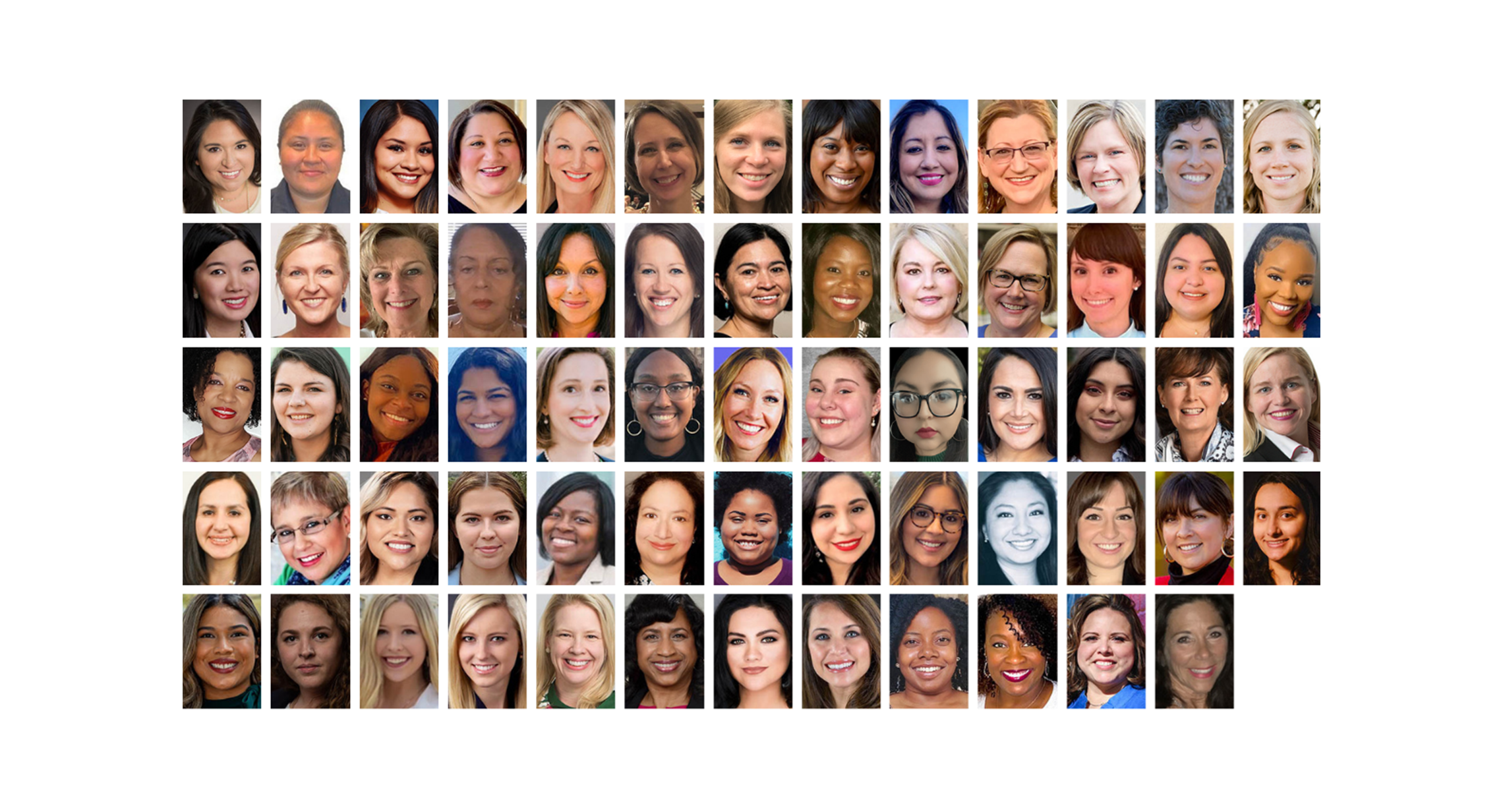 AUSTIN, TEXAS — Today, the LBJ Women's Campaign School announced the 65 women who will form its third incoming class. The LBJ Women's Campaign School is a nonpartisan, issue-neutral program that trains women who want to run for elected office or become campaign managers, regardless of political party. The program brings together top political experts from across the nation to lead an immersive training program on topics including media relations, public speaking, fundraising, grassroots organizing and more. The program kicks off in Austin on April 29-30, with monthly virtual through November. Through the eight-month program, these women will gain an insider network, professional mentorship, and the skills they need to win.

The 65 women were selected through a rigorous review process from nearly 120 applications, based on their leadership potential, commitment to public service, and professional experience. These women leaders are passionate small business owners, mothers, professors, community activists, lawyers, authors, CEOs, and engineers ready to jump into the political arena.

Women of color make up 63% of the third cohort, which includes women in their 20s through their 60s. The women represent a wide range of political ideologies, and have plans to run for state representative, judge, city council, school board and Congress, and to become campaign managers.

"This is more than a training program, we are building a movement. I cannot wait to see these leaders run for office and win!" —Amy Kroll, LBJ Women's Campaign School

The third cohort joins the 120 LBJ Women’s Campaign School alumni who are already stepping up to serve their community in the political arena. Eleven program alumni have already stepped up to run for office including running for judge, school board, city council, state representative, state senate, secretary of state and Governor in Texas, Arkansas, and Maryland. Others have served as campaign managers, senior level campaign staff, or are impacting policy in other ways.

“This is more than a training program, we are building a movement.” said Amy Kroll, founder and executive director of the LBJ Women’s Campaign School. “It is well past time for women to have equal representation in politics. I cannot wait to see these leaders run for office and win!”

Thanks to grants from Texas Woman's University Center for Women in Politics and Public Policy, Texas residents are attending for free, further knocking down socioeconomic barriers for women in politics. The LBJ Women's Campaign School is sponsored by Women's Public Leadership Network and the Texas Business and Professional Women's Foundation and over 130 individual donors.

The LBJ Women’s Campaign School is part of the LBJ School of Public Affairs at The University of Texas at Austin.

Women change-makers in the third cohort: