Unpacking the Latino Landscape: 2020 & Beyond with Dr. Victoria DeFrancesco Soto | LBJ School of Public Affairs | The University of Texas at Austin
Skip to main content

Unpacking the Latino Landscape: 2020 & Beyond with Dr. Victoria DeFrancesco Soto 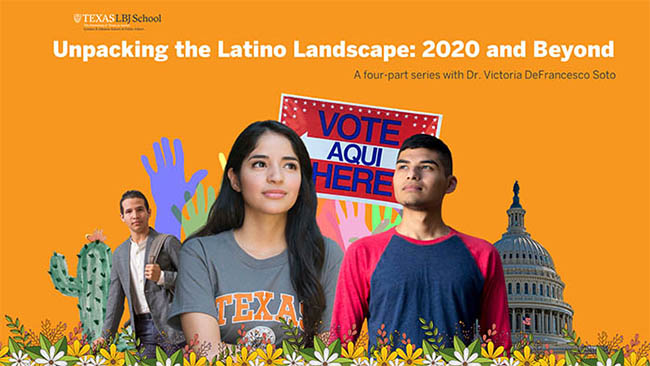 All eyes are on Latinos in the United States, who became the largest minority voting group for the first time in American history in the 2020 general election. While Republicans experienced the promise of the Latino vote, the Democrats' performance put them at peril. Now questions about the political, social and cultural landscapes seem unresolved. Join the LBJ School for a four-part series on the Latino landscape, unpacking what happened in 2020; demography and what so many people get wrong about destiny; what lies ahead; and the ongoing transformation of what it means to be Latino/a.

Session 1 | Latinos and the 2020 Election: A Post-Mortem
Jan. 27, 6 p.m. CT
Latino policy and news media experts join the LBJ School on Wednesday, Jan. 27 at 6 p.m. CT for the first in a four-part series on the Latino electorate. Experts will unpack the 2020 election: how Latinos voted and why, what it takes to win, and lessons learned. Moderator: Dr. Victoria DeFrancesco Soto, assistant dean for civic engagement and lecturer at the LBJ School. 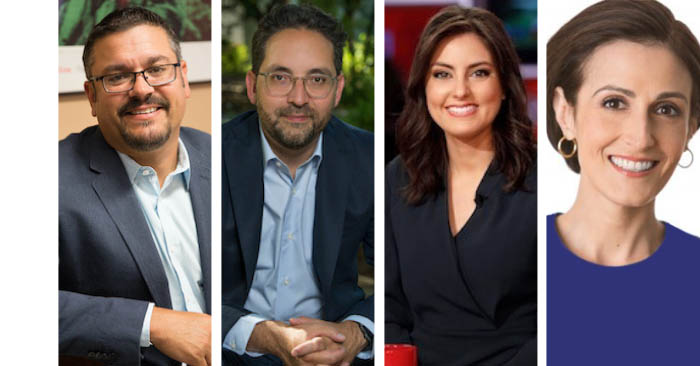 Session 3 | March 24: Is Demography Destiny? Latinos, The Census, & What Lies Ahead

Session 4 | April 28: The Genesis of "Latino" & Its Ongoing Transformation