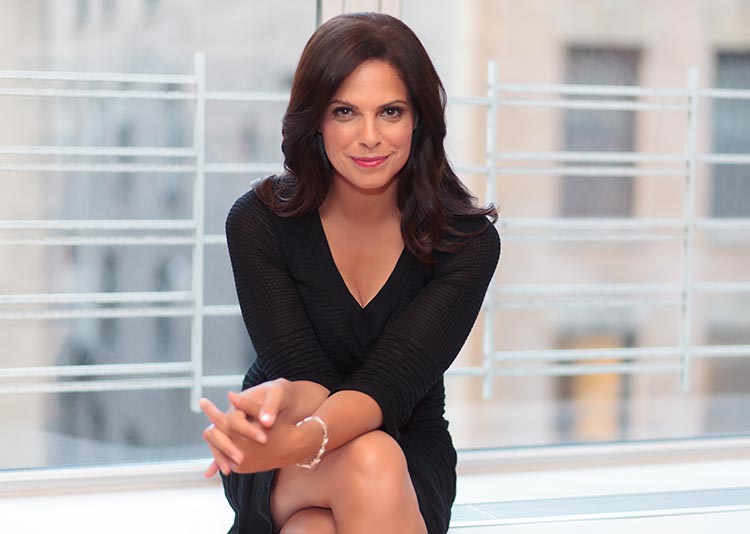 Austin, Texas, April 3, 2018—Soledad O'Brien, award-winning journalist, author and philanthropist, will deliver the commencement address to the 2018 graduating class of the LBJ School of Public Affairs at The University of Texas at Austin. The commencement ceremony will take place on May 19, 2018 in the Lady Bird Johnson Auditorium.

Known for decades of journalism on major television networks, O'Brien, founder and CEO of the multimedia production and distribution company Starfish Media Group, anchors and produces the Hearst Television political magazine program, "Matter of Fact with Soledad O'Brien." She also reports for HBO Real Sports, PBS NewsHour, WebMD and has authored two books, "Latino in America" and "The Next Big Story: My Journey Through the Land of Possibilities."

In making the announcement, Angela Evans, dean of the LBJ School, said, "We are honored to have Ms. O'Brien, a dynamic and inspirational figure in broadcast journalism, as our commencement speaker for this year's graduating class. Ms. O'Brien has been at the forefront of our world's biggest stories and also dedicated much of her career to education and social change."

"It is an honor and privilege to address the graduating class of the Lyndon B. Johnson School of Public Affairs at The University of Texas, at Austin," O'Brien said. "We are at a time of global and national institutional upheaval. It will be our nation's young people who help mend rifts, bring opportunity to people in need and solve some of the most pressing dilemmas of our time. I am excited to be part of the vast number of people sending these graduates forward into their careers and futures."

O'Brien is one of America's most recognizable broadcasters, having anchored and reported for NBC, MSNBC and CNN. She has won numerous awards for her work, including an Emmy in 2011 for her reporting on Haitian orphanages following the 2010 Haiti earthquake and two Emmy awards in 2013 for her reporting on "Kids and Race" and the 2012 presidential election. O'Brien's coverage of Hurricane Katrina earned her a George Foster Peabody Award, and she received another Peabody Award for her coverage of the BP Gulf Coast oil spill. O'Brien received an Alfred I. DuPont Award for her reporting on the Southeast Asia tsunami, and she received the Gracie as an acknowledgment for her achievements as a woman leader in media. In addition, Newsweek named O'Brien one of the "15 People Who Make America Great."

With her husband, O'Brien is the founder of the PowHERful Foundation that helps get young women to, and through, college. The foundation provides financial assistance, mentorship and wraparound services. This year 25 young women will be awarded scholarships through the foundation.

The LBJ School, one of the nation's top 10 graduate public affairs schools, makes a difference, not only within the walls of academia, but also in the public and social dialogue of the world. Contributing viable solutions to society is the LBJ School's legacy and its benchmark. Its effectiveness in channeling the purpose and passion of students into professional careers is evident in the success of more than 4,000 graduates who are the living legacy of President Johnson's bold and fearless action. The University of Texas at Austin is home to the LBJ School. For more, visit http://lbj.utexas.edu/.