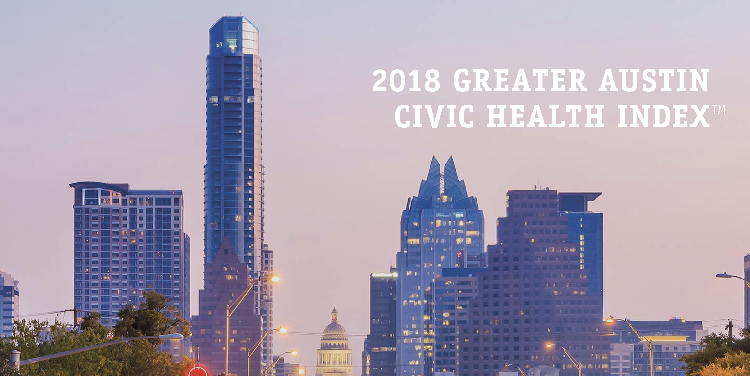 The report finds, among other things, that 3 out of 4 residents serve as volunteers in the community.

In a first-of-its-kind study of the greater Austin area, researchers evaluated civic engagement in philanthropy and volunteering, electoral and political processes, and civic involvement and social connectedness. The report, called the Greater Austin Civic Health Index, was published by the RGK Center for Philanthropy and Community Service at the LBJ School of Public Affairs, in partnership with the Annette Strauss Institute for Civic Life at The University of Texas at Austin and the National Conference on Citizenship.