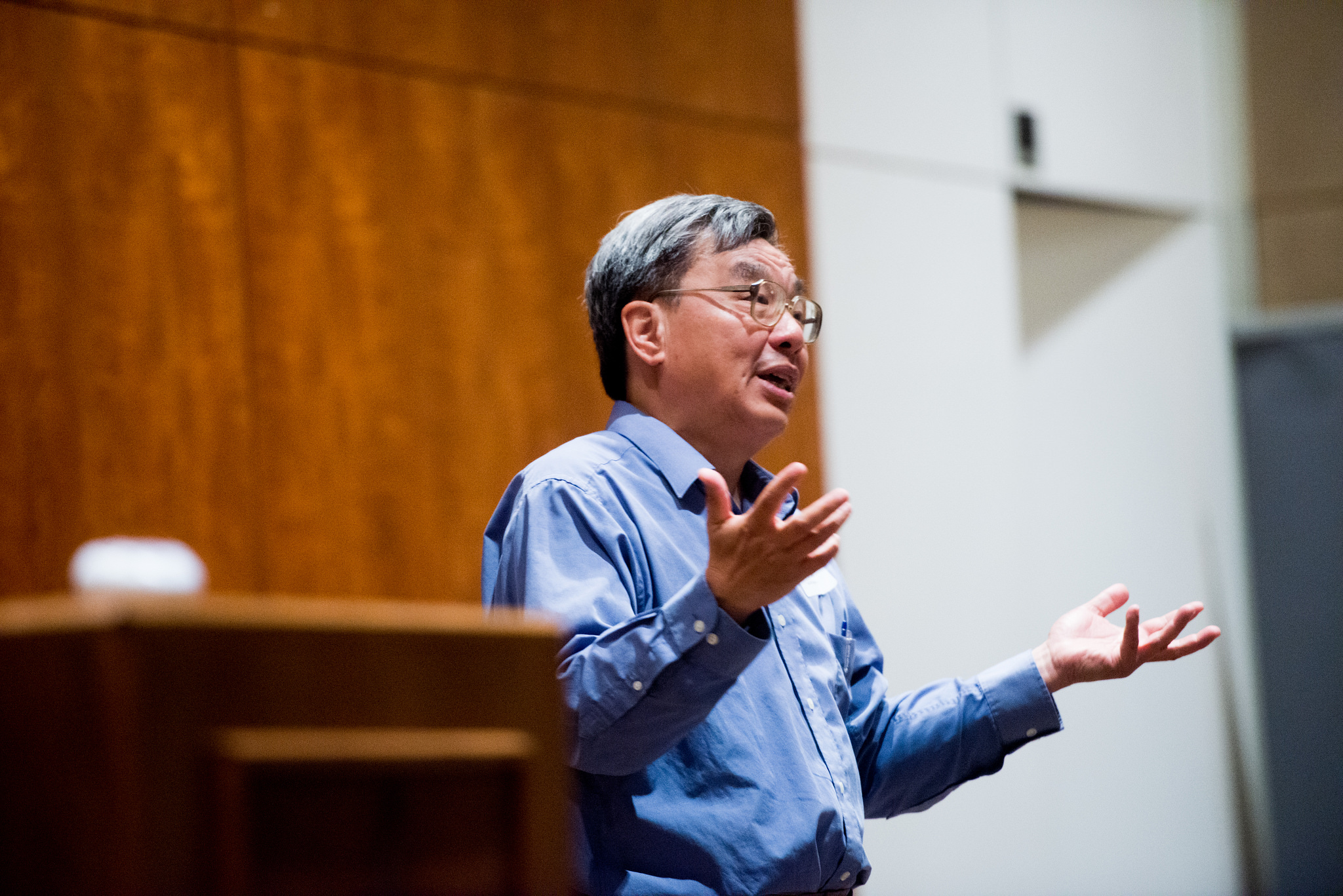 First-year MPAff student Guillermo Dominguez Garcia sat down with Dr. Pat Wong, an associate professor of public affairs and CHASP faculty fellow to talk about his background in welfare and poverty, and his advice for policy students. Dominguez Garcia is a 2018–19 CHASP ambassador.

Guillermo Dominguez Garcia: What led you to the study of poverty and welfare?

Pat Wong: I became interested in welfare in my final two years in college as I began to pay attention to current affairs, and I found issues related to low-income families to be fascinating. Of course, this was in the 1970s, when the debate revolved around the culture of poverty, the urban underclass. On the right, the conservative picture was that the poor were mostly lazy and relied on poverty assistance, whereas on the left, there’s a picture of our society not caring enough for low-income families. This debate led me to want to learn more about policies being discussed, so I decided to pursue a master's in social work.

GDG: How did your upbringing influence you?

PW: I grew up in Hong Kong, and at that time Hong Kong was a laissez-faire market economy, other than for the housing sector. There was very little government intervention. However, when I came to the United States and started to learn about its society, I came to realize that many people, especially minorities, lived in poor conditions. I went to school in Rochester, New York, and at that point, it was a typical northern city with a large low-income area where mostly African-Americans lived. Of course, that was not what I grew up with in Hong Kong, where there was no visible minority. After that point, I started paying more attention to the issue of poverty.

Learn more about the Center for Health and Social Policy (CHASP) and its research.

GDG: Do you think the definition of "welfare" has changed over the years?

PW: Yes, I would say that in the broader sense, welfare is what we call in technical terms "public assistance programs" or government cash, or near-cash programs that are intended for families in poverty. However, in colloquial terms, the welfare term is usually used in a more specific way to describe cash assistance for families with an able-bodied adult that has to take care of children and therefore does not work. In the United States, there is a program named TANF (Temporary Assistance for Needy Families) that offers families cash transfers with some conditions. From the 1970s to the 1990s, there was a very intense debate on the extent to which such assistance would lead to family disruption (i.e., divorce, separation, out of wedlock births, etc.). In my own graduate studies, that was the most important focus of the debate. Today, at least in the academic community, that debate has more or less disappeared because a lot of the empirical research conducted in the 1980s convinced academics that the effects of welfare on family disruption were reasonably small. The debate has now shifted to the labor-market implications (i.e. does welfare discourage labor supply efforts?) and the adequacy of the support (i.e., to what extent does welfare reduce poverty?). But I would say that for people who do not have specialized knowledge on welfare, there is a stereotype of who welfare recipients are that probably still exists. There is a dialogue that is happening regarding basic income grant and job guarantee on the left. On the right — and some left-of-center economists — many think that work requirements are needed for a basic income, provided that there is an appropriate infrastructure in the company that would take care of things like child care. Overall, since the 1990s, there has been an increasing consensus that some basic work requirements are beneficial.

"I am very big on the notion of 'being out there,' being outside the Ivory Tower to learn things on the ground. One challenge that I would make to LBJ School students is to take the public bus and take joy rides to go to parts of the city of Austin that you may not be familiar with."
—Professor Pat Wong

GDG: What do you think will be the major social issues of the near future? Where does poverty fit in there?

PW: There are two levels to your question: a substantive one and a question of what decision-makers will prioritize. Substantively, poverty is important because it is linked to inequality, and there is a relatively slow growth of living standard among low-income families. But in the policy discourse, I don’t think that policy takes an important seat. If you look at the aspiring Democratic candidates, they talk about how important it is to care about disadvantaged families, but they seldom use the word "poverty" because it has a stigma. "Inequality" and "middle class" seem to sell very well in a political sense. Also, the official poverty rate is of around 12 to 13 percent, and we know that the probability of voting is correlated with economic well-being. I would hasten to add that the fact that the official poverty rate is 12 to 13 percent does not mean that only those people experience poverty. In fact, a lot of people who may think of themselves as being in the middle class are actually in poverty. But again, the image of poverty that we have is that there is some kind of problem with the individual, so it is less politically viable to talk about poverty. In terms of social challenges, there is not a single issue that does not have a larger impact on low-income individuals. Take climate change: Often low-income communities are in low-land areas, like New Orleans, and they are the most adversely affected when there is a flood.

GDG: What advice do you have for graduate students at the LBJ School of Public Affairs who want to study poverty?

PW: Pay attention to current affairs. If you care about the well-being of low-income families, you need to be globally and broadly aware of all issues since all issues affect low-income people disproportionately. I think that only taking classes in poverty and welfare economics would be a mistake. A person who does that may perhaps have a more academic view about these issues, but it would be a very narrow view. I am very big on the notion of "being out there," being outside the Ivory Tower to learn things on the ground. One challenge that I would make to LBJ School students is to take the public bus and take joy rides to go to parts of the city of Austin that you may not be familiar with. I would also encourage students to have friends that don’t share the same ideology. It is important to understand people who think differently from us.

GDG: What do you like most about being at the LBJ School of Public Affairs and about teaching here?

PW: Among policy schools and academic departments on campus, the LBJ School puts relatively more emphasis on teaching and emphasis on student professional development. Caring about students is one of our competitive advantages, and as someone who enjoys teaching and interacting with students, that is the main reason why I like this environment.

Dr. Pat Wong is an associate professor of public affairs and CHASP faculty fellow at the LBJ School of Public Affairs. He holds a Ph.D. in social welfare from the University of Wisconsin, Madison. His primary areas of interest are social policy, family and child welfare, poverty issues, housing and community development.

Guillermo Dominguez Garcia is a first-year Master of Public Affairs student and CHASP ambassador at the LBJ School of Public Affairs. He was born in Spain, but grew up in China, Thailand, and South Africa. He is broadly interested in inequality, poverty and displacement, and has previously conducted ethnographic research in a gentrifying neighborhood of Washington, DC, focusing on housing policy. He also is a UT Population Research Center (PRC) graduate trainee. In the future, he hopes to do sociological research in order to inform policies that positively impact underserved communities.