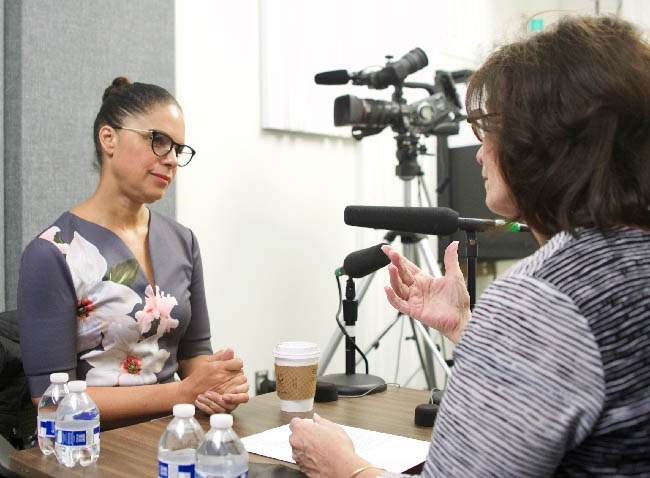 "There was a time when you would never put somebody on, let's say, a panel if they didn't have some kind of credible experience that would add value. And I had found that often now, in media, adding to a lot of the chaos that I think people feel, is this sense that it doesn't really matter your resume." —Soledad O'Brien

O'Brien visited the LBJ School in May 2018 and delivered keynote remarks at the school's graduation ceremony. Known for decades of journalism on major television networks, O'Brien, founder and CEO of the multimedia production and distribution company Starfish Media Group, anchors and produces the Hearst Television political magazine program, "Matter of Fact with Soledad O'Brien." She also reports for HBO Real Sports, PBS NewsHour and WebMD, and has written two books, "Latino in America" and "The Next Big Story: My Journey Through the Land of Possibilities."