Policy on Purpose: The Power of Data-Driven Decisionmaking | LBJ School of Public Affairs | The University of Texas at Austin
Skip to main content
News • March 14, 2019 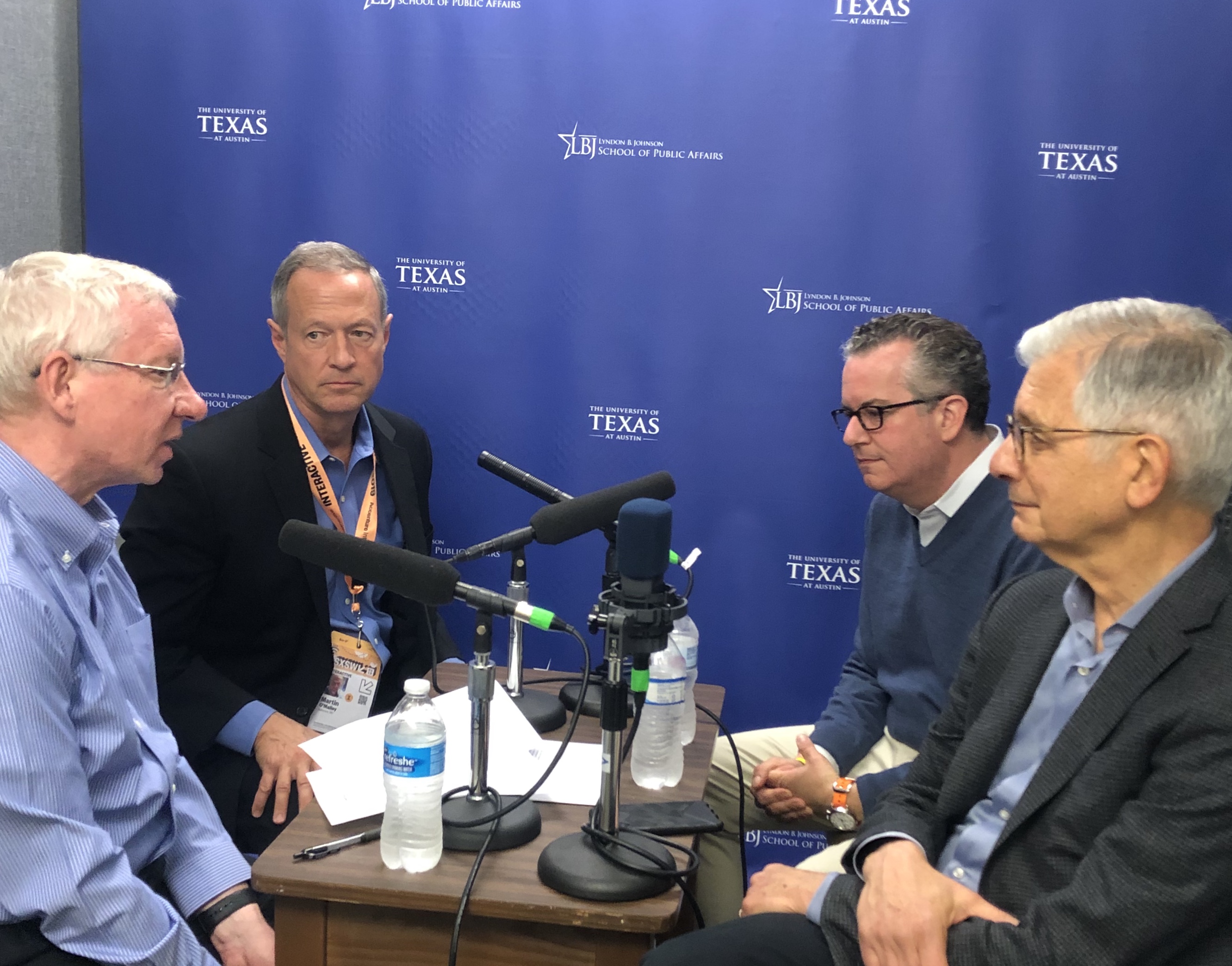 In this episode of "Policy on Purpose," guest host Don Kettl, LBJ professor and academic director of the LBJ Washington Center, talks with former Mayland Gov. Martin O’Malley, former Indianapolis Mayor Stephen Goldsmith and Robert Shea of Grant Thornton about how data-driven decision making can change the way governments serve people. Recorded at the LBJ School of Public Affairs at The University of Texas at Austin on March 11, 2019.

As governor of Maryland from 2007 to 2015, Martin O’Malley legalized marriage equality, abolished the death penalty, expanded access to college and invested in the state’s public schools. He raised Maryland’s renewable energy production, cut its greenhouse gas emissions and partnered with neighboring states to save the Chesapeake Bay. O’Malley demonstrated results-driven leadership with StateStat and BayStat, a version of the CityStat management system he implemented as Baltimore’s mayor (1999–2007). He ran for the Democratic presidential nomination in 2016, and created the Win Back Your State PAC to support state and local candidates running in 2018.

Stephen Goldsmith is the Daniel Paul Professor of the Practice of Government and the Director of the Innovations in Government Program at Harvard's Kennedy School of Government. He directs Data-Smart City Solutions, the Project on Municipal Innovation, the Civic Analytics Network and Operational Excellence in Government. Previously, he served as the deputy mayor of New York and the mayor of Indianapolis, where he earned a reputation as one of the country's leaders in public-private partnerships, competition and privatization. He was also the chief domestic policy adviser to the George W. Bush campaign in 2000. His most recent book is A New City O/S: The Power of Open, Collaborative, and Distributed Governance (Brookings Institution Press, 2017).

Robert Shea is a principal and a member of Grant Thornton's public sector practice. He is on the organizational improvement team and has conducted performance management engagements with the U.S. Departments of Agriculture, Homeland Security and Veterans Affairs, as well as the National Endowment for the Arts. He was most recently at the U.S. Office of Management and Budget as associate director for administration and government performance. Before joining OMB, Shea served as counsel to the Senate Committee on Governmental Affairs.