Policy on Purpose: Policymaking in theory and practice | LBJ School of Public Affairs | The University of Texas at Austin
Skip to main content
News • May 6, 2019 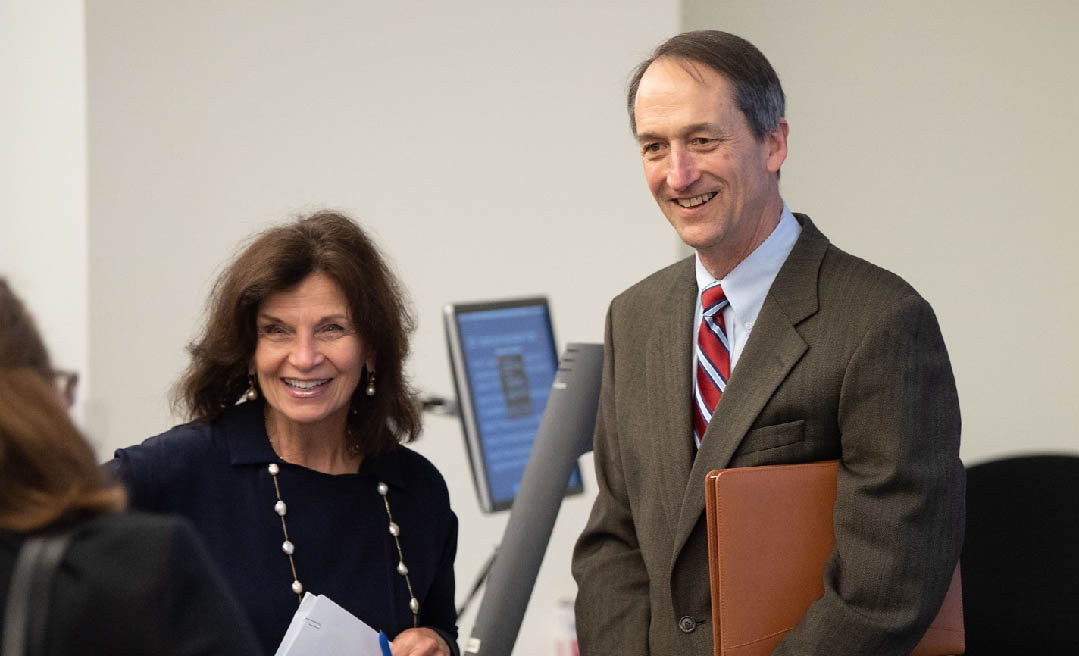 Austin Smythe (MPAff '80), who served as policy director to House Speaker Paul Ryan (R-WI) from 2015 to 2019, visited the LBJ School for a special Admitted Students Weekend session of the Dean's Distinguished Leaders Series. Smythe worked for Ryan over 11 years in a variety of capacities, including as policy director for the House Ways and Means Committee and as staff director for the House Budget Committee (2007–15).

Economics has formed the backbone of Smythe's professional experience; he was executive associate director at the Office of Management and Budget from 2001 to 2007 and served on the staff of the Senate Budget Committee for 15 years, with a two-year stint in between as a vice president at Lehman Brothers. In 2018, Speaker Ryan and Leader Pelosi presented Smythe with the John C. McCormack Award of Excellence for service and bipartisan dedication to the U.S. House of Representatives. Speaker Ryan presented a 2016 Distinguished Federal Policy Alumni Award to Smythe at the LBJ Washington Center's grand opening.