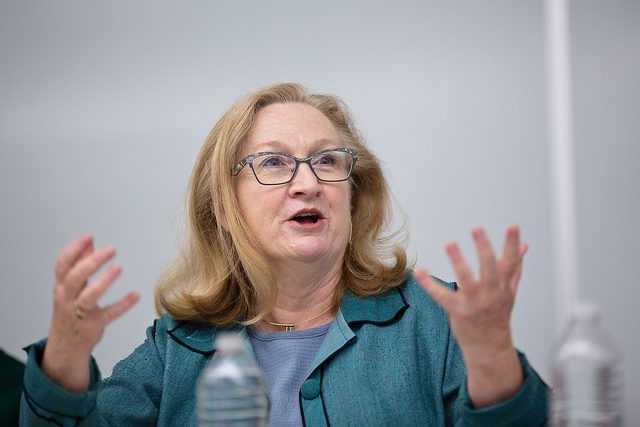 "Now, I think we need major improvements to border security. I'm not saying we don't infuse a lot of public money into border security. But the first place I would put that is in infrastructure at the ports of entry." —Ruth Wasem

Earlier this year, President Donald Trump used his State of the Union address to lay out what he called his four pillars related to U.S. immigration policy. Those four pillars centered around:

Ruth Wasem is a nationally recognized expert on immigration policy, and in this episode of Policy on Purpose, she and LBJ School Dean Angela Evans go through these four pillars with an eye toward the nuances of the issues as well as a foundation in policy history.