Policy on Purpose: Don Kettl on the future of public policy schools | LBJ School of Public Affairs | The University of Texas at Austin
Skip to main content
News • August 22, 2018 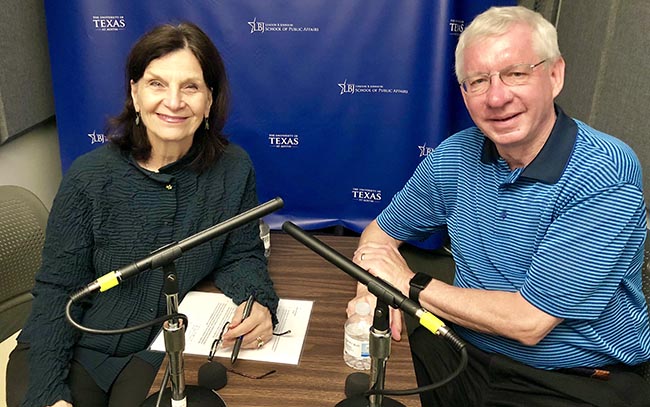 Donald Kettl, a professor and academic director of the LBJ Washington Center, joins Dean Angela Evans to discuss why and how policy schools must rise to the challenge of preparing students to discover and tackle problems using rich interdisciplinary forces.

Kettl was professor and former dean in the School of Public Policy at the University of Maryland. He is also a nonresident senior fellow at the Volcker Alliance, the Brookings Institution and the Partnership for Public Service. Kettl has received three lifetime achievement awards: the American Political Science Association's John Gaus Award, the Warner W. Stockberger Achievement Award of the International Public Management Association for Human Resources and the Donald C. Stone Award of the American Society for Public Administration. Kettl has consulted for government organizations at all levels, including most recently the U.S. Department of Veterans Affairs. He has appeared frequently in national and international media. Kettl has chaired two gubernatorial blue-ribbon commissions for the Wisconsin state government, one on campaign finance reform and the other on government structure and finance.