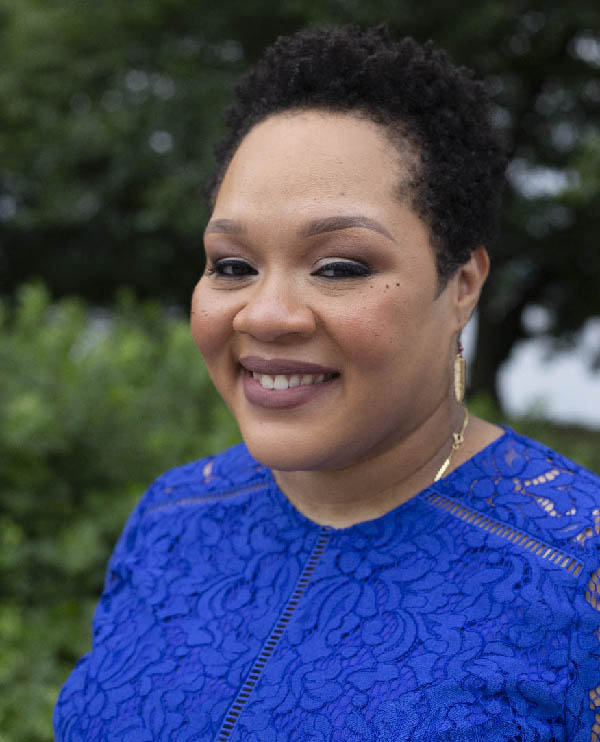 AUSTIN, Texas, April 30, 2019 — Yamiche Alcindor, the White House correspondent for PBS NewsHour and a political contributor for NBC News and MSNBC, will deliver the commencement address to the 2019 graduating class of the LBJ School of Public Affairs at The University of Texas at Austin. The commencement ceremony will take place on May 25, 2019 in the Lady Bird Johnson Auditorium.

At PBS, Alcindor has directly questioned President Trump a number of times and has traveled extensively to cover him, including to Belgium for the 2018 North Atlantic Treaty Organization meeting; to Finland when President Trump met with Russian President Vladimir Putin; and to McAllen, Texas, to chronicle life on the border of the United States and Mexico and the impact of President Trump's family separation policy. Throughout her career, Alcindor has also reported in-depth on the intersection of race and politics.

"It is a privilege to have Ms. Alcindor as our commencement speaker for this year's graduating class," said Angela Evans, dean of the LBJ School. "Her work illustrates the critical relationship between the press and public policy. Now, as the role of a free press is being challenged at the highest levels of government, her relentless efforts to find truth in our world's biggest stories are inspiring."

"I'm honored to have the opportunity to speak to the esteemed 2019 graduates of the LBJ School of Public Affairs at The University of Texas at Austin," said Ms. Alcindor. "I look forward to celebrating their academic achievements as they begin this new, exciting phase of their lives."

Previously, Alcindor covered politics and social issues as a national reporter for The New York Times, and also was a reporter at USA Today. In addition to covering the impact of President Trump’s policies on working-class people and immigrants, Alcindor has covered the presidential campaign of Sen. Bernie Sanders (I-VT), the legacy of President Obama and how police killings affect communities and children.

The National Association of Black Journalists named Alcindor "Emerging Journalist of the Year" in 2013. She earned a master's degree in broadcast news and documentary filmmaking from New York University and a bachelor's in English, government and African American studies from Georgetown University. A native of Miami, Florida, Alcindor is married to a fellow journalist and is the daughter of Haitian immigrants who met while they attended Boston College.

The LBJ School, one of the nation's top 10 graduate public affairs schools, makes a difference, not only within the walls of academia, but also in the public and social dialogue of the world. Contributing viable solutions to society is the LBJ School's legacy and its benchmark. Its effectiveness in channeling the purpose and passion of students into professional careers is evident in the success of more than 4,300 graduates who are the living legacy of President Johnson's bold and fearless action. The University of Texas at Austin is home to the LBJ School. For more, visit http://lbj.utexas.edu.

#LBJSchool is pleased to announce its 2019 graduation speaker: PBS Newshour White House Correspondent Yamiche Alcindor. As the role of a free press is challenged, her relentless efforts to find truth in our world's biggest stories are inspiring.https://t.co/ktmzxet9X0 pic.twitter.com/LtwNfGYBX5