Love it or hate it, there is no denying that the Affordable Care Act (ACA) is now a law experiencing some adolescent growing pains. From computer glitches to misconceptions propagated in the media, no one can predict what will happen next in the implementation of the ACA. However, researchers at the LBJ School of Public Affairs are doing their part to shed light on how Texas, which has the highest number of uninsured citizens of any state, has been implementing this high-profile legislation on the state level.

Professors David Warner and Sam Richardson, along with 17 LBJ School students, are spending their school year examining the technical details of the ACA and the specific ways in which Texas is rolling it out. The research is part of a larger, 29-state research project organized by The Nelson A. Rockefeller Institute of Government and the Fels Institute of Government.

“It is particularly important to do a state-by-state national look at the implementation of the Affordable Care Act because much of the implementation was left to the states,” said Richardson. “Our research will be incorporated into the Rockefeller Institute website, which will allow you to see how the ACA was implemented in any given state.” 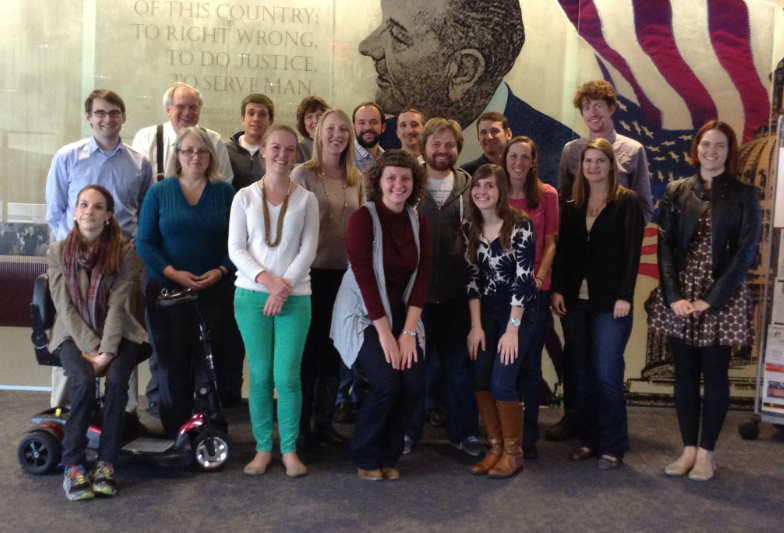 The Texas report, which will be available at http://www.rockinst.org, provides a detailed historical and nonpartisan overview of the major decisions made in Texas from the day the Affordable Care Act was signed into law in 2010 to present day. The report also summarizes all of the major policy influencers in the state including the Governor’s Office, the Legislative Budget Board and the Texas Health and Human Services Commission among many others.

The report examines the major policy decisions that Texas has made that affect implementation, including the state’s decision not to expand Medicaid, in the context of the state economy and state and national politics.

In addition to the research done for the Rockefeller Institute initiative, students and faculty also partnered with an Austin-based nonprofit called Foundation Communities to become certified application councilors. According to Warner, students are volunteering at various locations throughout Austin for 2-3 hours per week for the duration of the yearlong class.

“It gives students a different picture of a policy when you see on a personal basis how the policy is affecting people, what happens when you have someone come in who doesn’t get insurance because Texas didn’t expand Medicaid, who doesn’t qualify for subsidies,” said Richardson.

Jane Ross, a first-year Master of Public Affairs student at the LBJ School, has been helping people identify their options under the Affordable Care Act since the insurance marketplace opened on Oct. 1, 2013.

“The volunteer work has been extremely humbling,” said Ross. “ The people who were first in line were some of Austin’s neediest: a husband on disability with a wife who has cancer, a young mother of small kids earning minimum wage, self-employed people with health problems who hadn't been able to get individual insurance. “

Warner, cautions, however, that students are not taking on the roles of advocates in their volunteer work.

“We are not trying to decide whether or not the ACA should be out there,” said Warner. “We are treating this as law and addressing the question of how this law is being implemented by the federal and state governments. In some instances, students have had to work through multiple drafts of sections of the report until they are all in agreement that the language was not politically slanted in any way.”

According to Richardson, the combination of research and hands-on experience has been invaluable to students, who have the rare opportunity to study the implementation of a major law in real-time.

“In some sense, it’s good that students get to see how much of a mess policy implementation can be, take for instance the issues with the Healthcare.gov website,” said Richardson. “ I think the students who take this class are going to be much more cognizant of the importance of what happens after the president signs a bill. The work isn’t done as soon as it gets through Congress, that’s when the work starts.”