Meet the LBJ alumni running for office in 2018 | LBJ School of Public Affairs | The University of Texas at Austin
Skip to main content
News • November 6, 2018

Meet the LBJ alumni running for office in 2018 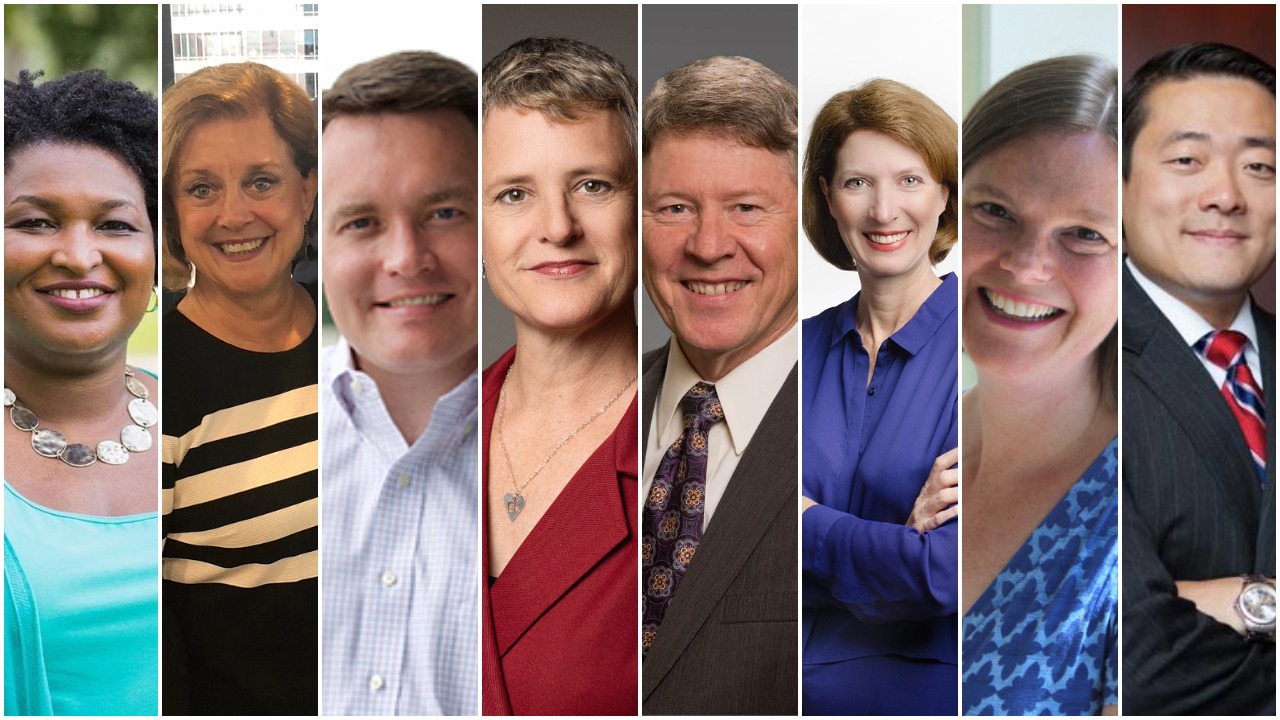 LBJ School alumni will appear on ballots across the country on Nov. 6 as they vie for seats at the local and state level. One candidate is positioned to become the nation's first black female governor, four are incumbents seeking re-election, and all of them have diverse professional backgrounds and are carrying on the LBJ legacy of public service.

Here's a snapshot of LBJ alumni running for a seat in this year's midterm election; asterisks denote incumbents.

"I hope that the future of public servants who begin their careers in the School will tomorrow be serving effectively not only in the bureaus and departments of the federal government and the Congress, but also in city halls and courthouses and state capitols — not only in Texas, but in every region in the country." — Lyndon B. Johnson, May 22, 1971 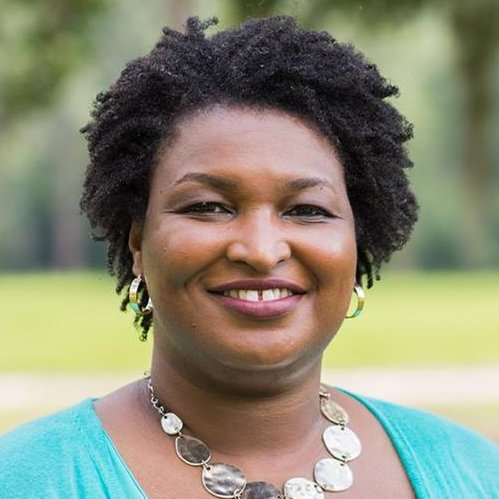 Stacey Abrams (MPAff '98)
Party affiliation: Democrat
Running for: Governor of Georgia
Opponent: Brian Kemp (R), Ted Metz (L)
Bio: Abrams is the former House minority leader for the Georgia General Assembly and State Representative for the 89th House District. She is the first woman to lead either party in the Georgia General Assembly and is the first African-American to lead in the House of Representatives. Abrams served on the Appropriations, Ethics, Judiciary Non-Civil, Rules, and Ways & Means Committees. She co-founded the NOWaccount Network Corporation, a financial services firm, and Nourish, Inc., a beverage company with a focus on infants and toddlers, as well as other entrepreneurial ventures. Formerly, she was deputy city attorney for the city of Atlanta and special tax counsel at Sutherland, with a focus on tax-exempt organizations, health care and public finance. 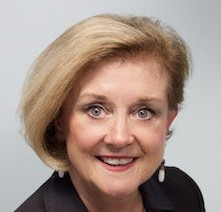 Dana DeBeauvoir (MPAff '81)*
Party affiliation: Democrat
Running for: Travis County Clerk
Opponent: Erica Lockwood (L)
Tenure: 1987–
Bio: DeBeauvoir has served as Travis County clerk since 1986, overseeing Travis County elections and the filing and preservation of property and court records. She has served as an adviser and election observer in Bosnia, Bangladesh, Kosovo and South Africa. She is the recipient of the National Association of Election Officials' 2009 Minute Man Award for the election security practice she developed and is the 2002 recipient of the LBJ School's Distinguished Public Service Award. 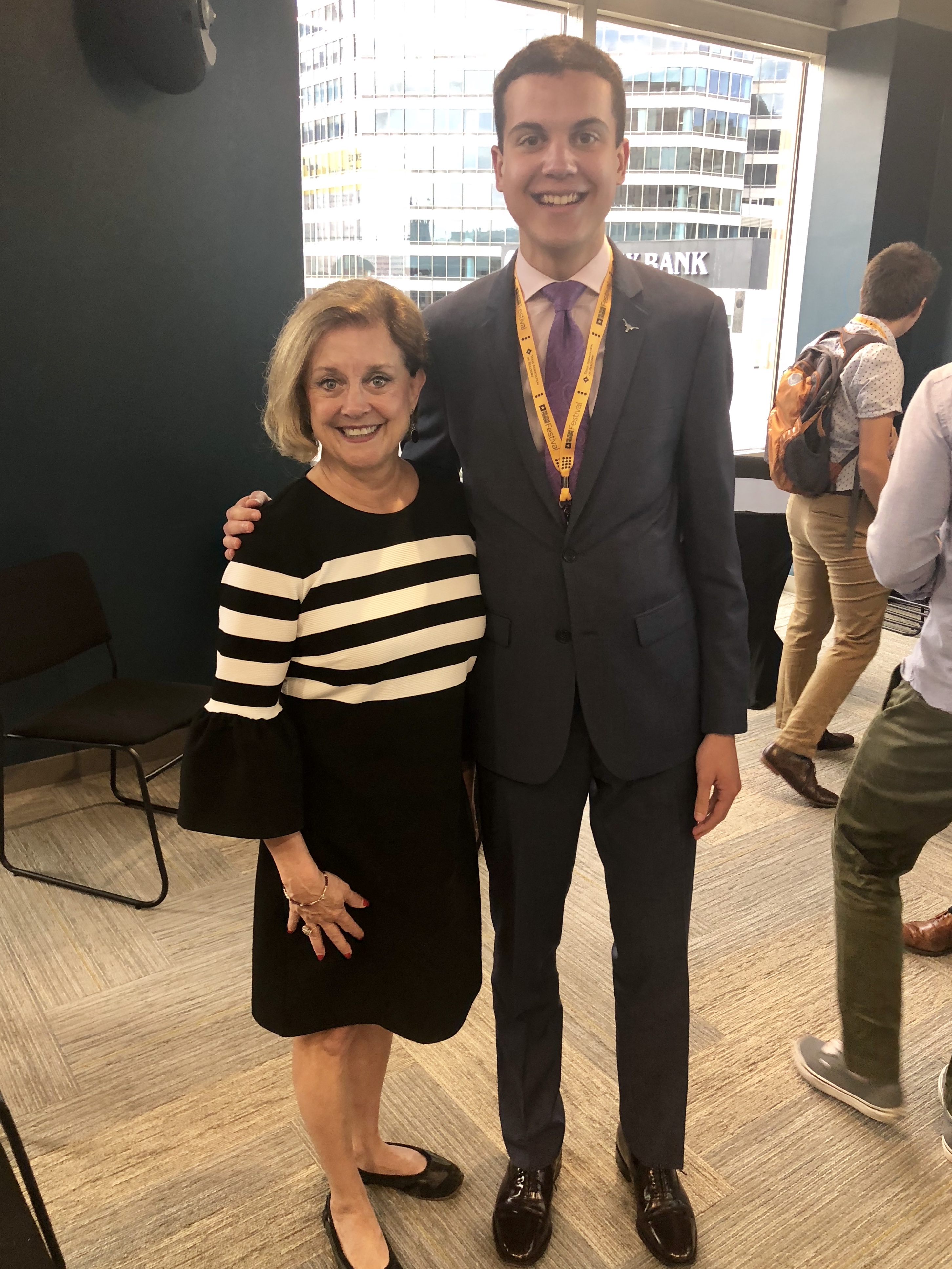 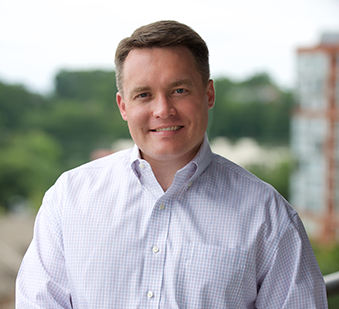 Matt de Ferranti (MPAff '01)
Party affiliation: Democrat
Running for: Arlington County Board
Opponent: John Vihstadt (I)
Bio: Matt de Ferranti has worked as a lawyer for Habitat for Humanity and Rebuilding Together. He has served in the senior team at the Education Trust and has worked with Feeding America, the country's network of food banks. De Ferranti now works for the National Indian Education Association, where he serves as senior legislative counsel, seeking to improve educational opportunity and outcomes for Native American students.

De Ferranti has served on Arlington County's Housing Commission since 2013 and the Arlington Public Schools Budget Advisory Council since 2014, and is a member of the Joint Facilities Advisory Board. His first job, after he got his B.A. from Duke University, was as a teacher in Houston's Fifth Ward, a low-income community that also happens to be the hometown of civil rights leader and Rep. Barbara Jordan (D-Texas). He earned a Juris Doctor degree from The University of Texas at Austin's School of Law and a master's degree from LBJ School of Public Affairs. 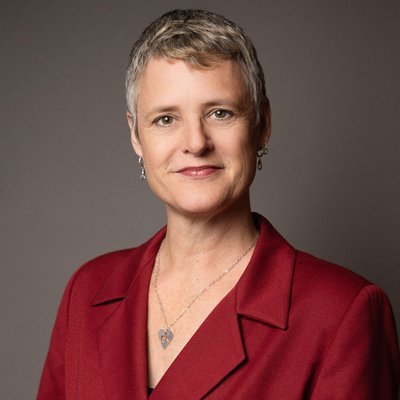 Sarah Eckhardt (MPAff '98)*
Party affiliation: Democrat
Running for: Travis County Commissioners Court Judge
Opponent: Unopposed
Tenure: 2015–
Bio: Judge Eckhardt became Travis County's first female county judge on Jan. 1, 2015. She presides over the Commissioners Court. Prior to her election, Judge Eckhardt spent eight years working as an assistant attorney for the county and was elected to the commissioners court in 2006. She also serves on the Transportation Policy Board of the Capital Area Metropolitan Planning Organization and on the Texas Conference of Urban Counties Policy Committee. 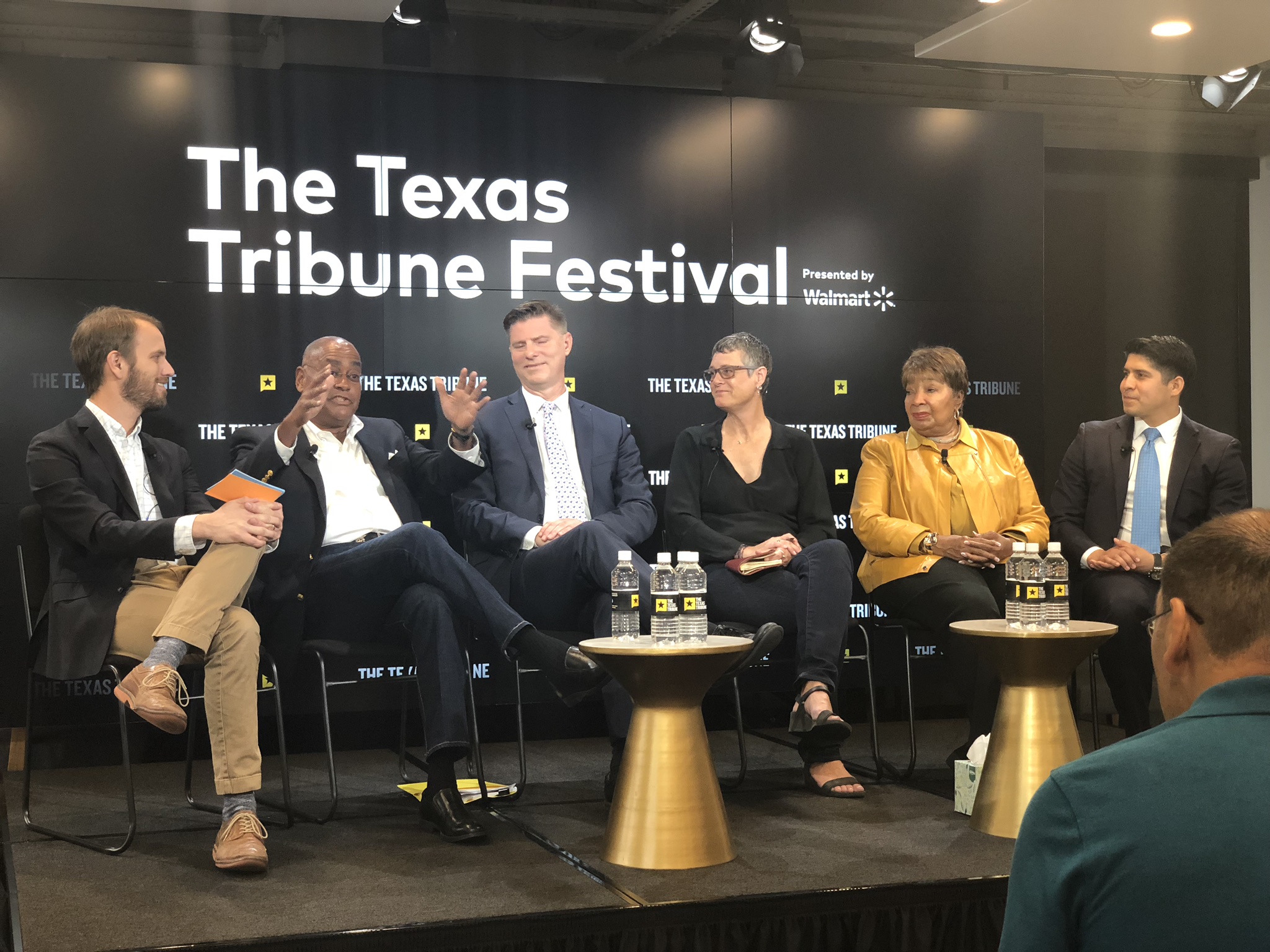 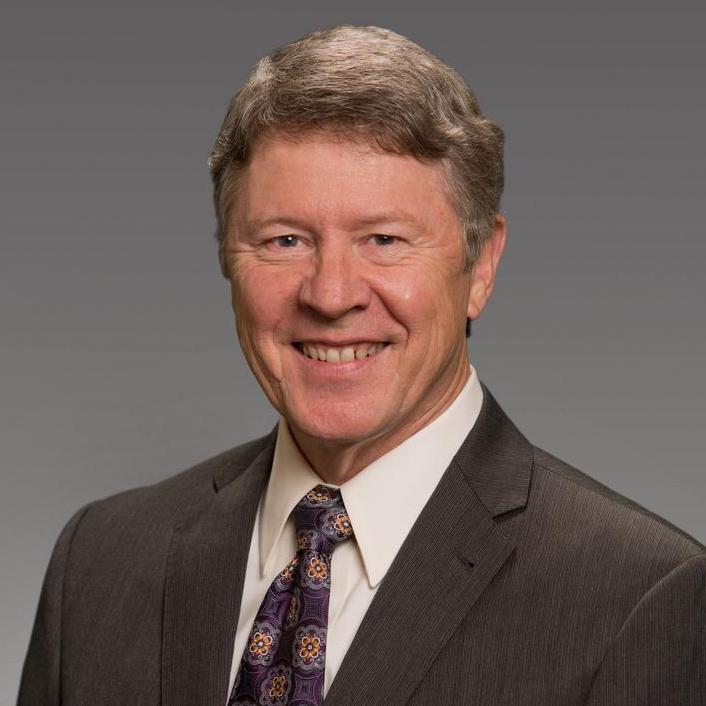 Ed Emmett (MPAff '74)*
Party affiliation: Republican
Running for: Harris County Commissioners Court Judge
Opponent: Lina Hidalgo (D), Erica Gatlin (L)
Tenure: 2007–
Bio: Judge Emmett was first elected to office in 1978, serving as a state legislator for eastern Harris County from 1979 to 1987. In 1989, he was nominated by President George H. W. Bush to be a commissioner at the Interstate Commerce Commission, where he served for three years. He was named transportation person of the year by Transportation Clubs International and one of the top 20 logistics professionals by Logistics Forum. Working with the elected county commissioners, Judge Emmett runs the nation's third largest county. He also is director of Harris County's Office of Homeland Security and Emergency Management, chairman of the Harris County Juvenile Board and chairman of the Conference of Urban Counties Policy Committee. 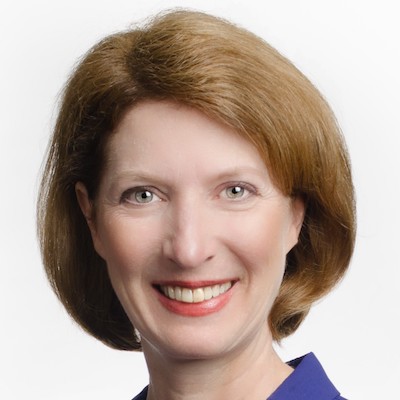 Vikki Goodwin (MPAff '91)
Party affiliation: Democrat
Running for: Texas House of Representatives District 47
Opponent: Paul Workman (R)
Bio: Vikki Goodwin is the broker and owner of Goodwin & Goodwin Real Estate Inc. Earlier in her career, she worked as a systems analyst with the Office of the Attorney General of Texas, where she helped develop and train specialists on the state's Child Support Enforcement System. She went on to open her own small business, Kids @ PC, which contracted with several South Austin schools to teach children foundational computer skills. Goodwin earned a bachelor's degree in business administration in marketing and government from The University of Texas at Austin and a master's degree in public affairs from the LBJ School. 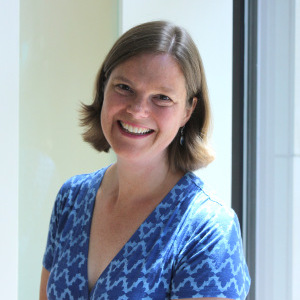 Ruth Hardy (MPAff '96)
Party affiliation: Democrat
Running for: Vermont State Senate Addison District (two seats)
Opponent: Christopher Bray (D), Peter Briggs (R), Archie Flower (L), Marie Audet (I), Paul Ralston (I)
Bio: Ruth Hardy has served three terms on local school boards. For many years, she worked at the Middlebury College budget office, helping to steer it through the 2008 international financial crisis. Hardy also has served on early childhood center boards and began her career as a nonpartisan school finance analyst for the Wisconsin Legislature. She has worked as a grant writer for Planned Parenthood of Northern New England and as director of the Addison County Open Door Clinic. Since 2015, she has been executive director of Emerge Vermont, which recruits and trains Democratic women to run for public office. 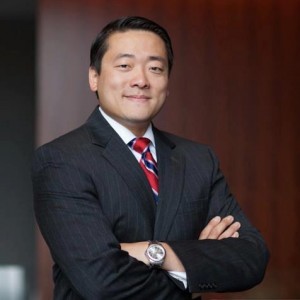 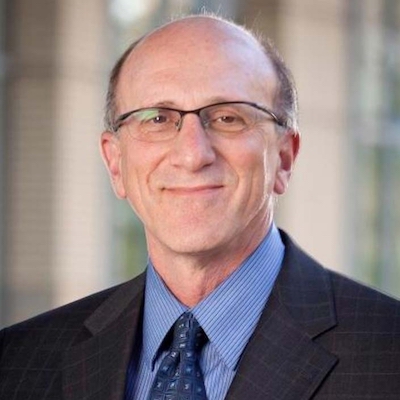 Jay Schenirer (MPAff '81)*
Party affiliation: Nonpartisan
Elected to: Sacramento City Council District 5
Opponent: Joseph Berry (Nonpartisan), Tamika L'Ecluse (Nonpartisan)
Tenure: 2010–present
Bio: Schenirer defeated Joseph Barry and Tamika L'Ecluse in the general election for Sacramento City Council District 5 on June 5, 2018. His professional experience includes working as a consultant and policy adviser on education and youth polices, and he also has worked as the assistant secretary for education for Development and Planning, as the deputy director of the Foundation Consortium for California's Children and Youth, as the general manager of the Sacramento Food Bank and as a member of the Board of Trustees of Sacramento City Unified School District. 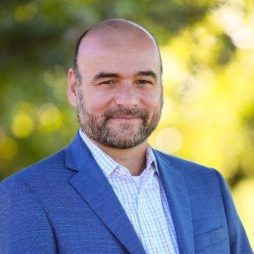 Jose "Chito" Vela (MPAff '99)
Party affiliation: Democrat
Ran for: Texas House of Representatives District 46
Opponent: Sheryl Cole (D)
Bio: Vela was a Democratic candidate seeking election to the Texas House of Representatives to represent District 46. He lost the primary runoff on May 22, 2018, after advancing from the primary on March 6, 2018. Vela earned a Master of Public Affairs and law degree from The University of Texas at Austin. His career experience includes working as an attorney for Walker Gates Vela PLLC, as an assistant attorney general for the Texas Attorney General's office, and a planning commissioner for the City of Austin.