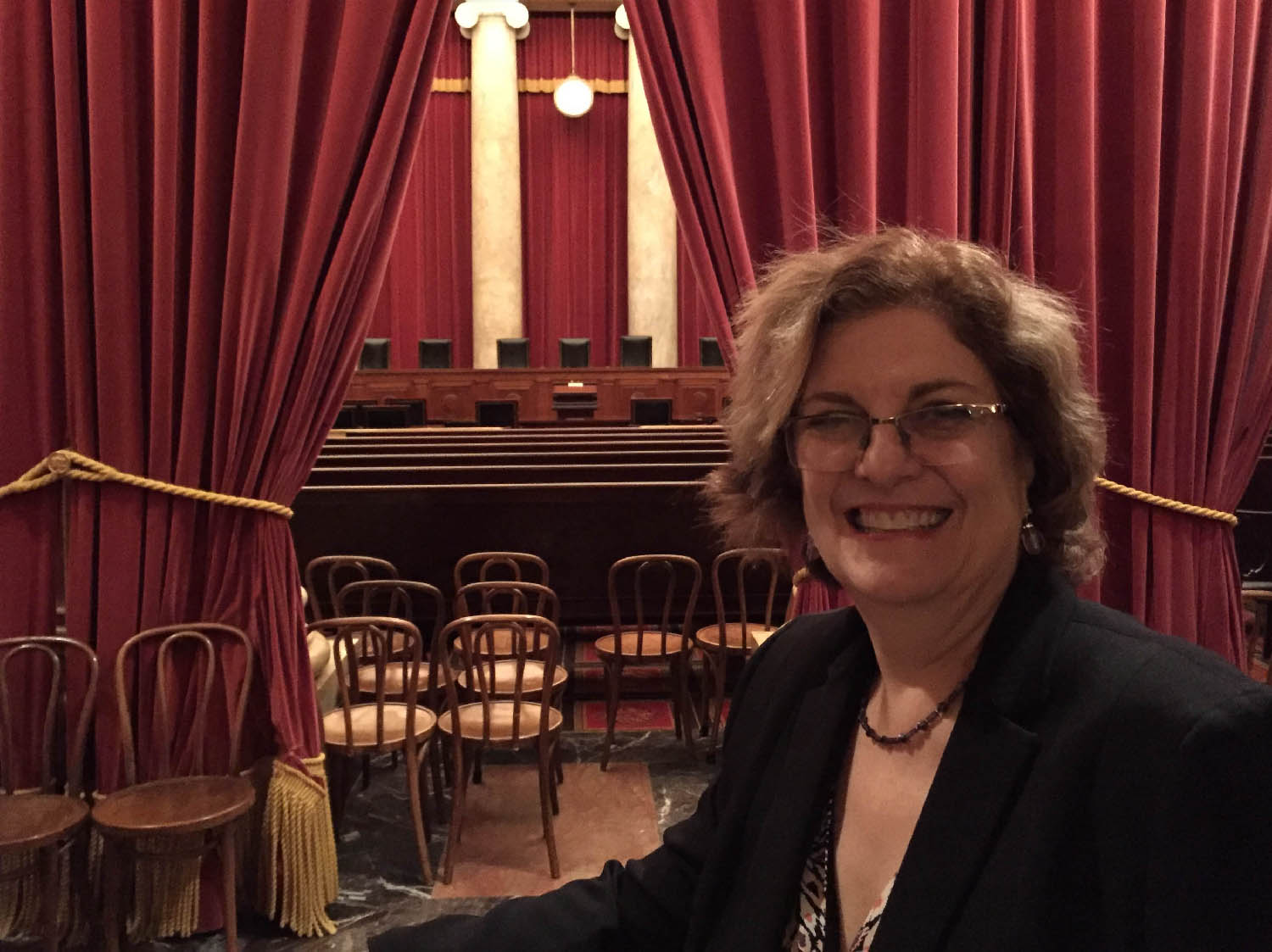 A unique day for The University of Texas at the Supreme Court also represents a way to affect the country’s policies for the criminal and juvenile justice expert.

The Bar of the Supreme Court of the United States welcomed Michele Deitch, an award-winning teacher and senior lecturer at the LBJ School and The University of Texas School of Law, into its ranks on Nov. 6.

"It was an incredible experience — filled with pomp, circumstance, tradition and grandeur," Deitch said. "When you're a lawyer, the Supreme Court is the height of your profession, so this really was an honor." 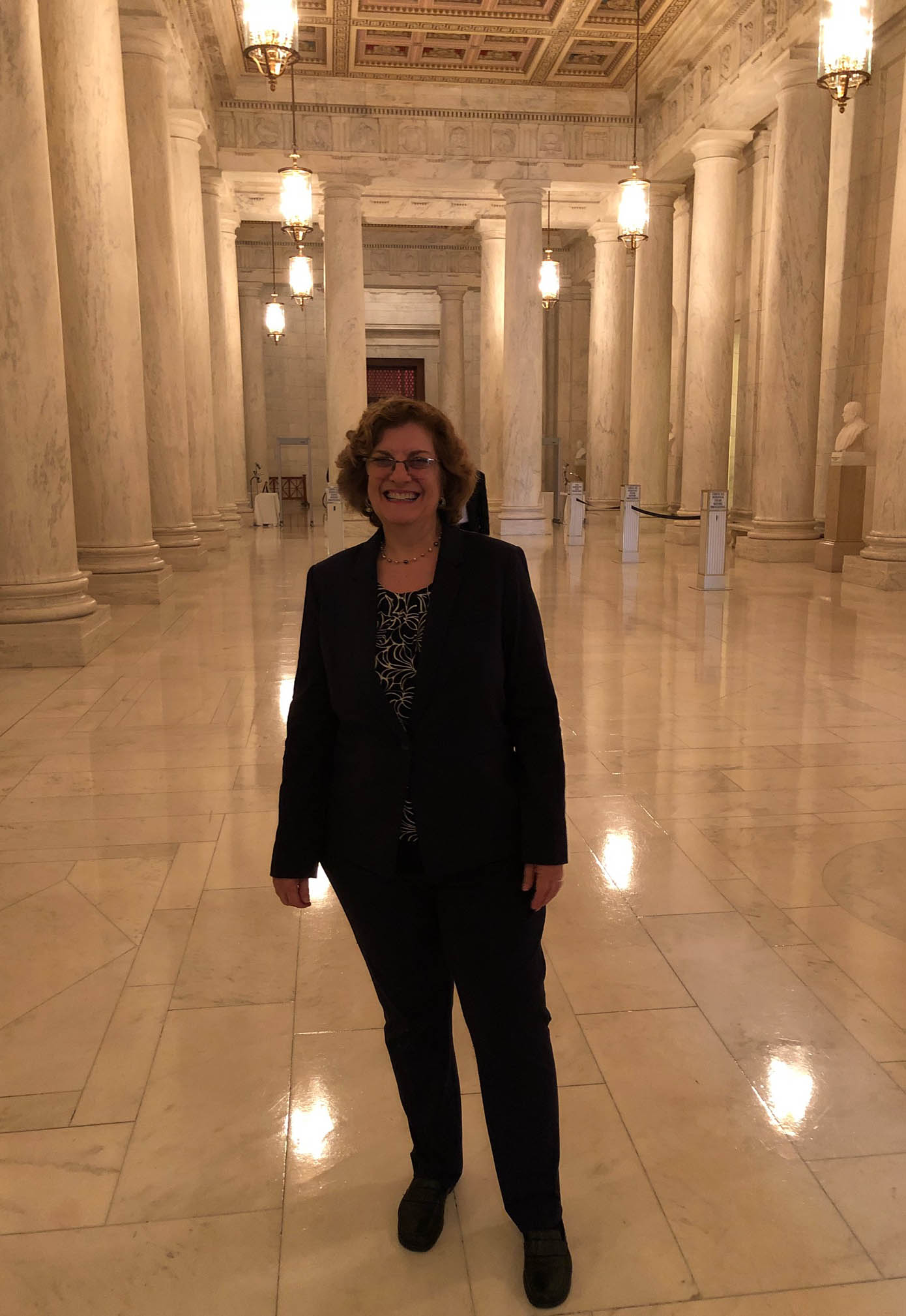 More than 300,000 lawyers have become members during the history of the U.S. Supreme Court since 1790. And while most members of the Supreme Court Bar do not argue cases before the justices, belonging brings great privileges, including special seating for oral arguments and access to the court's library.

But to Deitch, the most important is the ability to write and submit amicus briefs to the Supreme Court advocating on an issue in a case — a privilege reserved solely for Bar members.

"It's a great opportunity to get research in front of the justices that can affect the outcome of an important case and thereby affect policy in the criminal justice and juvenile justice arenas," Deitch said. 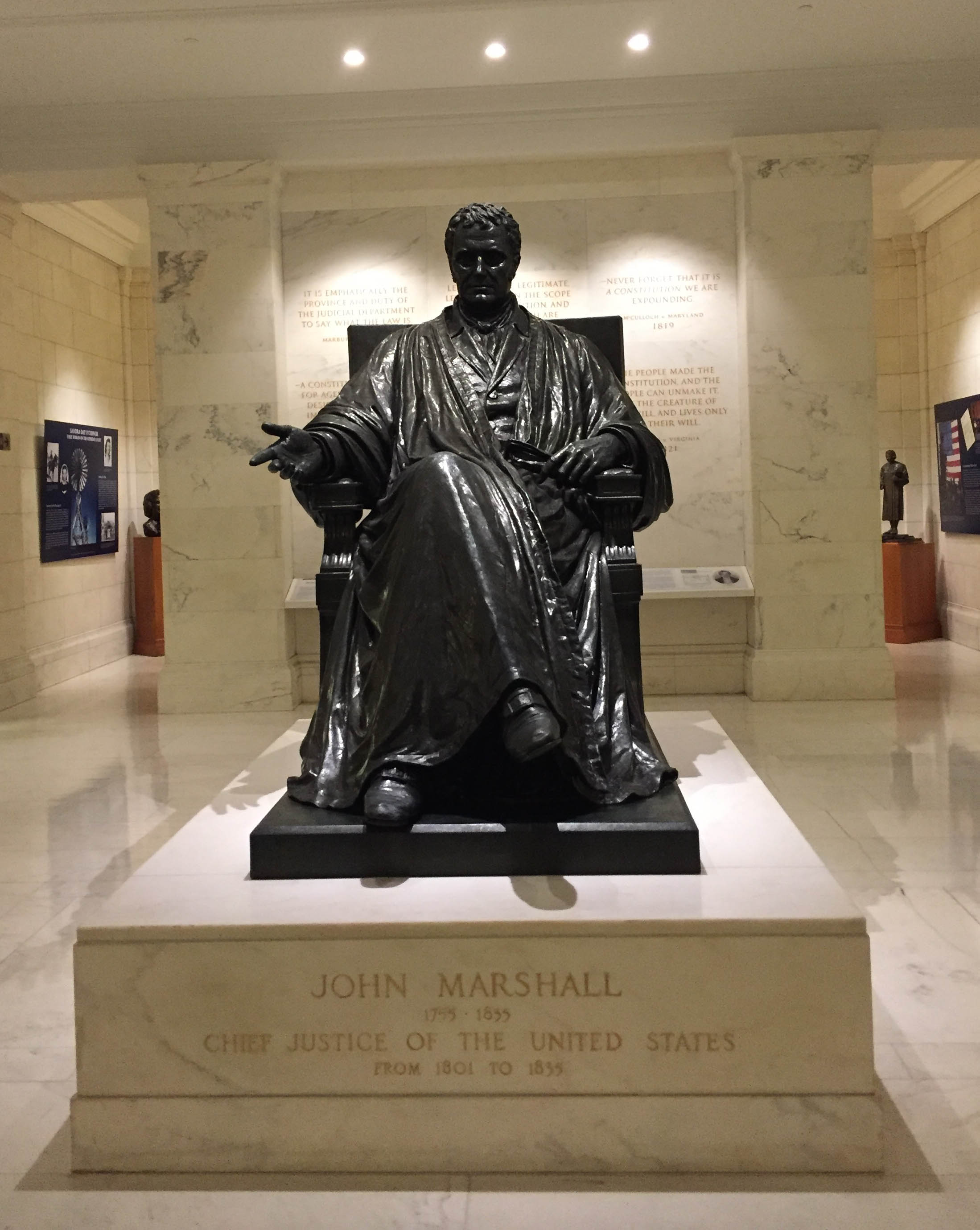 To be admitted, a lawyer must be a member in good standing of the bar in her or his state for at least three years, be of good moral and professional character, pay an admission fee and be sponsored by two Supreme Court Bar members.

That last part was particularly special for Deitch, whose sponsors were two good friends with close ties to The University of Texas. One was David C. Frederick, a 1989 graduate of the UT School of Law and renowned Supreme Court advocate who argued one of the cases on the docket the day Deitch was sworn in. The other was Lynn Blais, Leroy G. Denman, Jr. Regents Professor in Real Property Law at the UT School of Law.

Deitch's husband, Michael Sturley, also a member of the Supreme Court Bar and the co-founder and co-director of UT Law’s Supreme Court Clinic, moved her application before the justices in open court. "He had to follow a script when speaking, though he was allowed to add the words 'my wife' when he attested to my character," Deitch said. Chief Justice John Roberts granted the motion before hearing the motions to admit the rest of the group of 10 lawyers being sworn in that day. 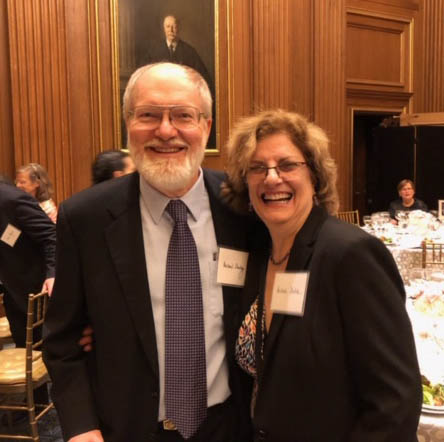 Deitch and her husband, Michael Sturley of the UT School of Law, in a
conference room at the U.S. Supreme Court. Deitch and Sturley, who clerked for
Justice Lewis F. Powell, attended a reunion of Powell's law clerks during
this trip to Washington, DC. (Photo courtesy of Michele Deitch)

After being sworn in, she stayed to see the justices, including one of her heroes, Justice Ruth Bader Ginsberg, in action. Deitch marveled at how close she was to the justices. "I was seated in the first row of the audience, close enough to reach out and touch the bench," she said.

One of the oral arguments, Bucklew v. Precythe, was a death penalty case particularly relevant to her interests in criminal justice. The other, BNSF Railway Company v. Loos, was a labor case in which Frederick, a co-founder of the UT Law Clinic, argued for the respondent. The opposing counsel was Lisa Blatt, his classmate in the same section of their first-year law class taught by Sturley. A group of UT Law Supreme Court Clinic students also were on hand to watch the proceedings, and Deitch joined them on a behind-the-scenes tour of the court conducted by a current clerk — also a UT Law alum.