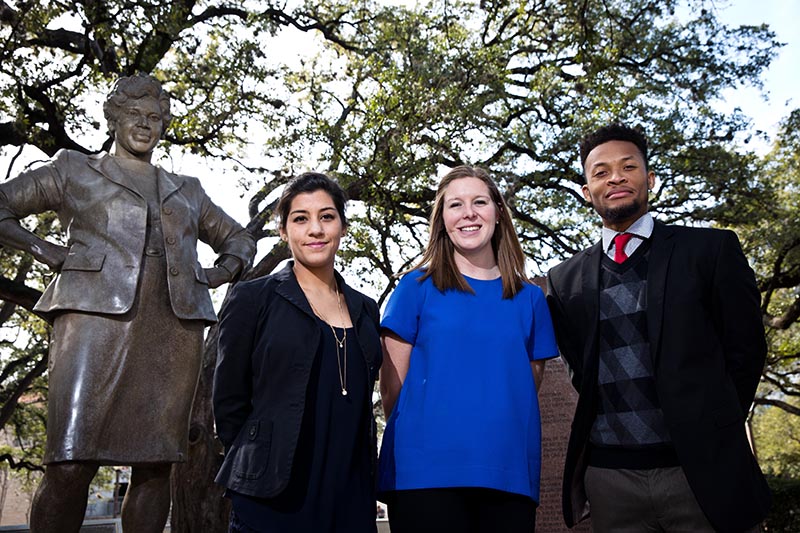 The 2018 theme was Pillars of Change: Perseverance and Resolve, inspired by Barbara Jordan’s words, “It is a privilege to serve people, a privilege that must be earned, and once earned, there is an obligation to do something good with it.”

“Her perseverance in the face of adversity and commitment to others inspired me to pursue a career in public service."

See how @TheLBJSchool students are paying tribute to the life and legacy of Barbara Jordan: https://t.co/iptFIMBBiQ pic.twitter.com/540LyFlUKO

The Complicated South: A Conversation with Garrard Conley

The LBJ School’s Pride Policy Alliance began the weeklong tribute with special guest Garrard Conley, the author of Boy Erased and an advocate against gay conversion therapy. Conley spoke with LBJ students about how family and faith pushed him into gay conversion therapy and his  journey to self-discovery.

This was an amazing program today. Thank you for coming to LBJ and sharing your story. 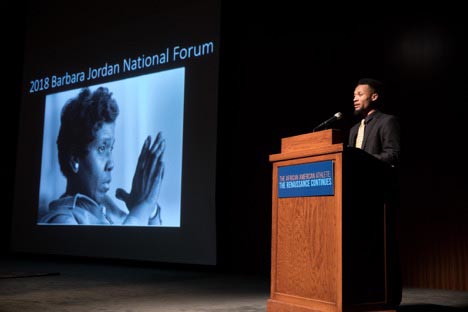 TUES: Join @TexasSports LBJ School @LBJLibrary for a screening of “The Renaissance Period of the African American in Sports,” that tells the story of 9 African American Olympians who shattered records & stereotypes in the 1936 Berlin Olympics. Register: https://t.co/i4NUtSJLhg pic.twitter.com/VDydc8GJ5x

In honor of #BlackHistoryMonth, we will be hosting a screening with @TheLBJSchool & @LBJLibrary, of "The Renaissance Period of the African American in Sports".
Free entry
RSVP required (https://t.co/IRMqtN0Rf7…)
Panel Q&A to follow
Feb. 20 @ 6:30 p.m. pic.twitter.com/2ZEQpm04iB

The evening began with a screening of the documentary, The Renaissance Period of the African American in Sports, that tells the story of nine pioneering African-American Olympians who shattered records and stereotypes in the 1936 Games in Berlin, paving the way for generations of pioneers. Following the screening, Dr. Leonard Moore, Interim Vice President of the Division of Diversity and Community Engagement and George Littlefield Professor of American History at The University of Texas at Austin, interviewed Herbert Douglas, Jr., a co-executive producer of the documentary and the oldest living African-American Olympic medalist, winning the bronze medal in the long jump during the 1948 London Olympic games. 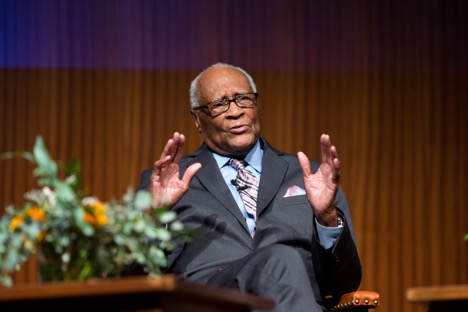 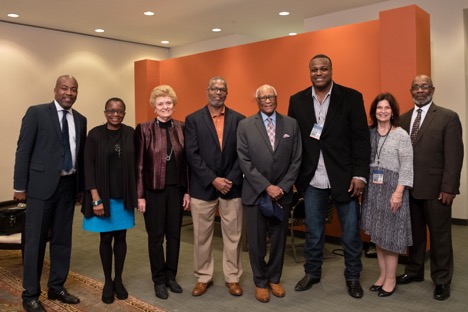 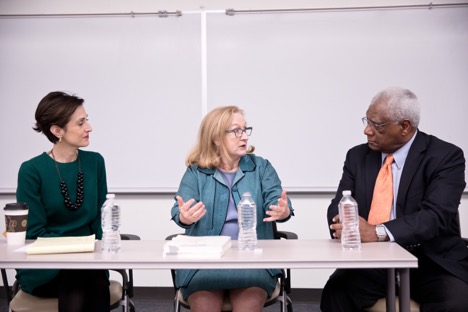 Ruth Wasem, a clinical professor of public policy practice at the LBJ School and a leading immigration expert, moderated a panel discussion on the historic US Commission on Immigration Reform, also referred to as the Jordan Commission, which was chaired by Congresswoman Jordan until her death in 1996. 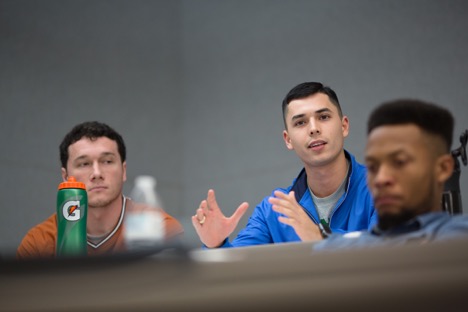 Connecting Housing to Economic and Social Mobility: A Conversation Amongst Students and HousingWorks on the Housing Landscape in Austin 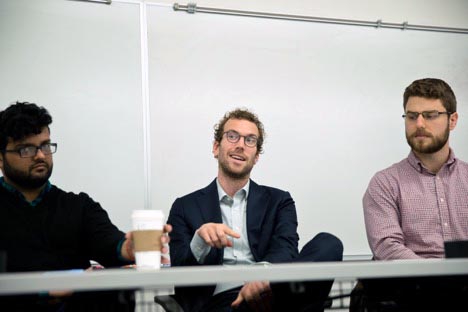 LBJ students cap off their academic experience with a year-long policy research project (PRP), which pairs teams of students with a client to address a complex policy issue in a real-world context. Students on the “Housing, Economic Mobility, and Social Mobility” PRP showcased research findings on the relationship between housing and economic opportunities. The client, HousingWorks, is an affordable housing advocacy organization. Students discussed Austin’s unprecedented growth and the subsequent challenges and policy issues. 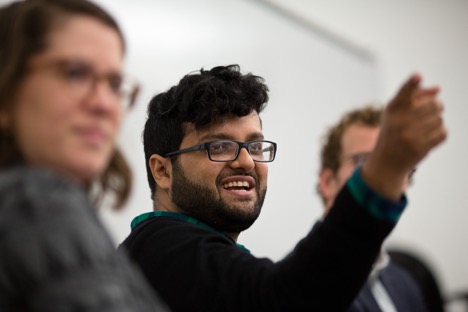 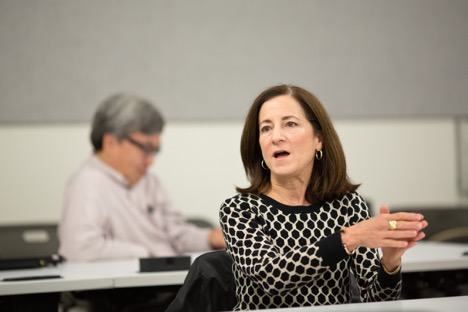 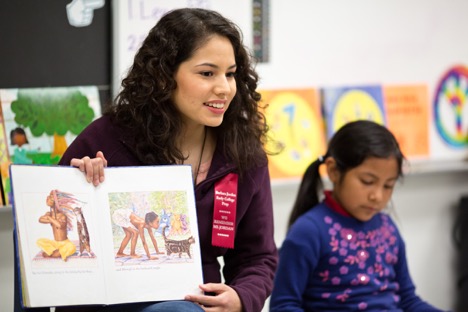 Barbara Jordan Early College Preparatory (BJECP) holds an annual assembly on “Barbara Jordan Day” in honor of the school’s namesake and her legacy. LBJ students volunteer during the assembly and in the classrooms, reading to students. The Honorable Julian Castro served as this year’s keynote speaker.