LBJ is home to the Center for the Study of Race and Democracy | LBJ School of Public Affairs | The University of Texas at Austin
Skip to main content
Feature • February 15, 2019 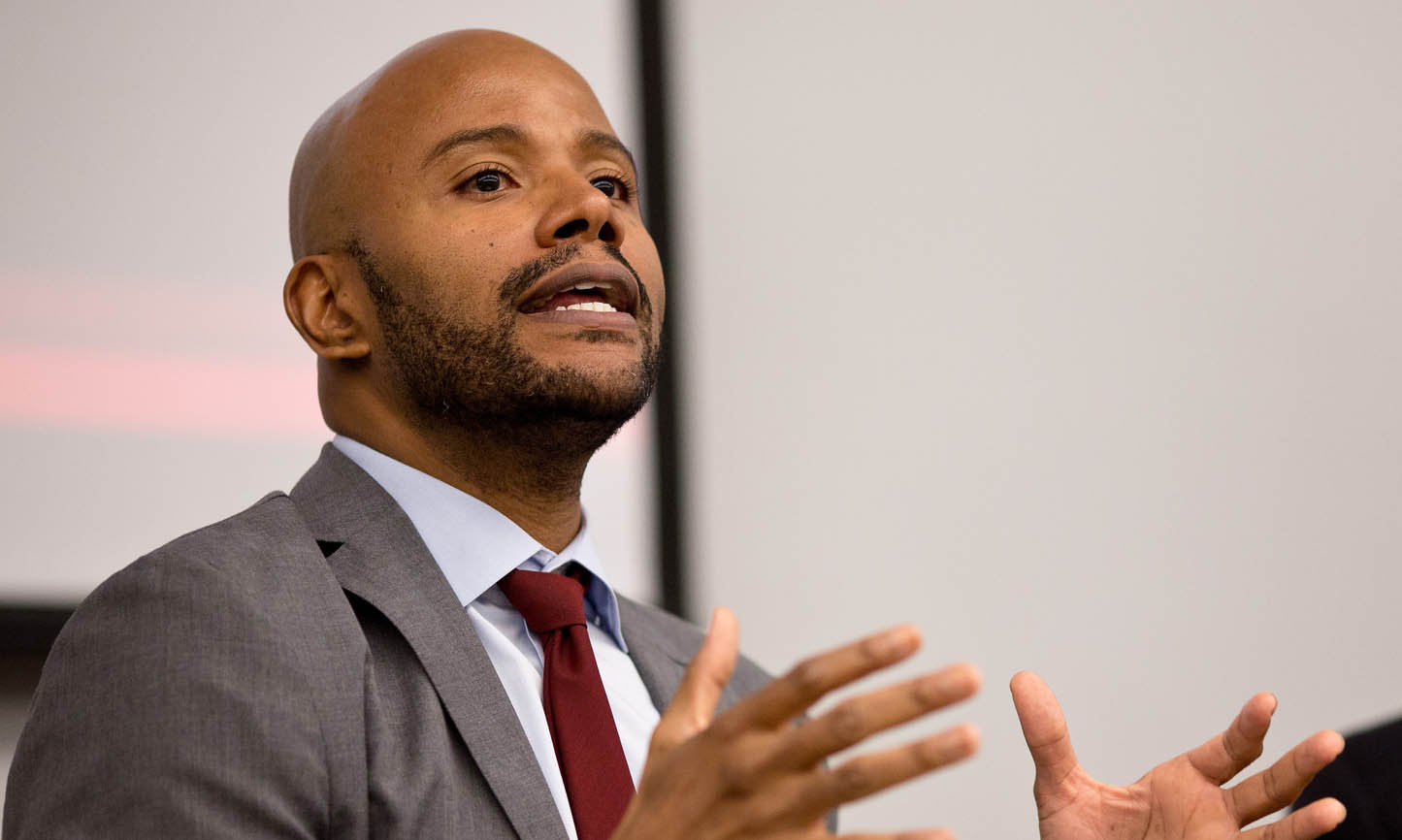 The professor of public affairs, Barbara Jordan Chair in Ethics and Political Values and founder of the Center for the Study of Race and Democracy talks about the Center's work and its mission at the LBJ School and The University of Texas at Austin: to promote engaged research, scholarship and discussion, with a focus on the ways in which issues of race and democracy impact the lives of global citizens. Professor Peniel Joseph began the first Center for the Study of Race and Democracy (CSRD) at Tufts University as an outgrowth of a series of conferences beginning in 2010, held at Tufts University and Arizona State University, concerning the presidency of Barack Obama. A sister center was also established at Arizona State in 2011.

What drove you to start the Center for the Study of Race and Democracy?

I was inspired to create the center based on both my research interests as a historian of the civil rights era and by the election of Barack Obama in 2008 as America's first black president. This election changed the aesthetics of American democracy in fundamental ways and offered a launching pad to understanding the nation’s narrative in new, challenging and interesting ways.

How have you seen the Center play a role during 2016, one of the more tumultuous years on record?

The Center has been front and center, both on campus and in the wider public, of engaging in issues of race, civil rights and democracy. At UT we've hosted several conferences on racial justice and public policy, the Black Power movement; inaugurated a Black Policy Forum; organized two Black Lives Matter symposiums; organized book talks by exceptional speakers, including National Book Award winning historian Ibram Kendi (whose Stamped From the Beginning should be read by every citizen) and the world-famous public intellectual Michael Eric Dyson. Off campus, I have written op-eds that, broadly, examine race and democracy at the local, national, and global level in outlets such as The Washington Post, The Guardian, New York Times, Boston Globe, Reuters and CNN.com.

Learn more about the Center for the Study of Race and Democracy (CSRD) and its research.

What has been your favorite part about coming to UT Austin?

The city of Austin is a very interesting and challenging place to live. UT is a microcosm of both the benefits and challenges. The lofty ideals about justice, progress, and unity stand in stark contrast to our reality as the most economically segregated city in America. Racial segregation is rigidly demarcated in neighborhoods, schools, opportunities, ZIP codes, life chances. The positives are in the UT community's ability to not just dialogue about these inequalities but to proactively take steps to rectify them and move forward toward a better future for us all.

How can students and faculty play a part in supporting the CSRD's work?

The primary way to get involved is through attending programs and visiting our second-floor offices at the LBJ School. Connecting with us through social media and meeting our fabulous team. We are always looking for interested volunteers and new GAs as well. Spread the word about not just our existence, but our raison d'e^tre. UT is a world-class institution and as such needs a center that can stand as the hub of research, policy and programming on civil rights in the 21st century. We need your support to make this happen.