LBJ faculty react to State of the Union | LBJ School of Public Affairs | The University of Texas at Austin
Skip to main content
News • January 31, 2018

LBJ faculty react to State of the Union 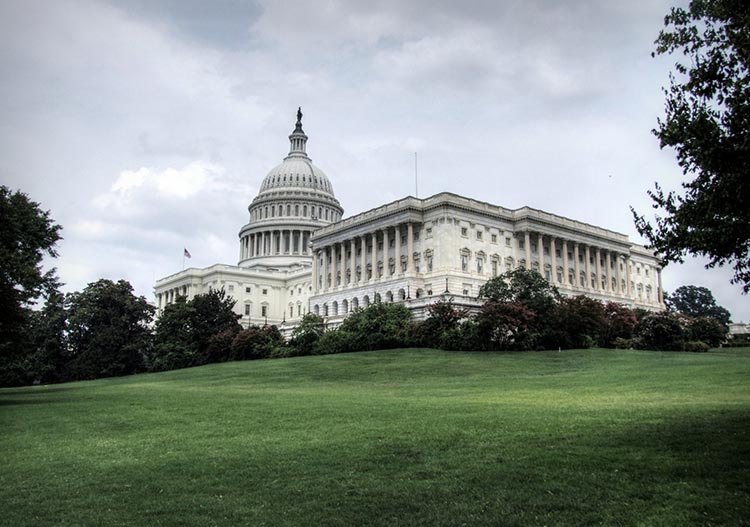 "One way to figure out what is really being conveyed in a State of the Union address is to count the frequency with which certain words or ideas are used.  By my count, here's what Trump was emphasizing:

"Using another measure, the number of times Trump was applauded, this would have to be considered a very successful speech.  But the fact that virtually all of the applause came from the GOP side of the aisle yields yet another indicator: the extent of the nation’s political polarization."

"Unfortunately, Trump said very little about infrastructure in his speech other than calling on Congress to generate $1.5 trillion for it.  He gave little clue as to how it would be paid for, beyond suggesting that the federal government should somehow partner with state and local governments and the private sector."

"I agree with Michael on the lack of funding details…the only other aspect of infrastructure mentioned in the speech related to the need to reduce regulations to allow projects to start quicker…vague at best, so it appears we will have to wait another couple weeks for the release of his plan (if the rumors on the timing of releasing his plan are correct)."

"Trump’s State of the Union “infrastructure plan” is not a plan."

"In his speech this evening, the President called the opioid epidemic a “terrible crisis,” costing 64,000 people their lives in 2016 alone. He vowed to get treatment for people in need. So far, so good. About 2.5 million Americans are addicted to opioids, and opioid overdoses are now America’s leading cause of accidental death. This is a big problem, worthy of serious attention. But then the President veered into Fantasyland:

"'We must get much tougher on drug dealers and pushers if we are going to succeed in stopping this scourge,' he said.

"The President has confused this problem with that old Frank Sinatra movie, “The Man with the Golden Arm.” The vast majority of opioid addicts never use heroin – they’re addicted to legal prescription drugs. And the “pusher” isn’t a shady guy on the street corner – but their own doctor. In 2016 doctors wrote hundreds of millions of opioid prescriptions – one for every adult American, and about four times as many as they wrote in 2000. 80% of America’s half-million heroin users started their opioid habit with prescription painkillers, only switching to heroin because it was cheaper than their prescription.

"If we’re going to try to solve this problem by getting tough on drug dealers, a whole bunch of physicians are going to jail. I don’t think that’s what the President has in mind.

"Nor should he. Doctors don’t prescribe opioids because they’re trying to get their patients hooked; they prescribe them to help their patients deal with pain. Opioids do that, but at terrible cost. We need to give doctors and their patients non-addictive alternatives.

"The National Institute of Drug Abuse has developed a sensible approach to the problem. It is working with the pharmaceutical industry to develop better means of detecting overdoses, better overdose-reversal drugs, and non-addictive ways to treat chronic pain. One promising idea is a vaccine that engages the immune system to prevent opioids from entering the brain. If this can be made to work, we could eventually eliminate drug addiction the same way we did away with smallpox and polio. This is still speculative, but simple, non-opioid reformulations of current drugs are in development now. We should encourage doctors to use them, and discourage continued use of opioids.

"As the President appeared to suggest, we also need to improve our methods for treating addiction, and extend current treatment to all who need it. A lot of that treatment will be medically prescribed, so this is a particularly lousy time to repeal the Affordable Care Act.

"It’s also a bad idea to blame the problem on shady guys on street corners, and promise that putting more people in prison will somehow solve the problem of prescription drugs. The problem is too great and the costs too high to rely on cheap applause lines and purely symbolic solutions."