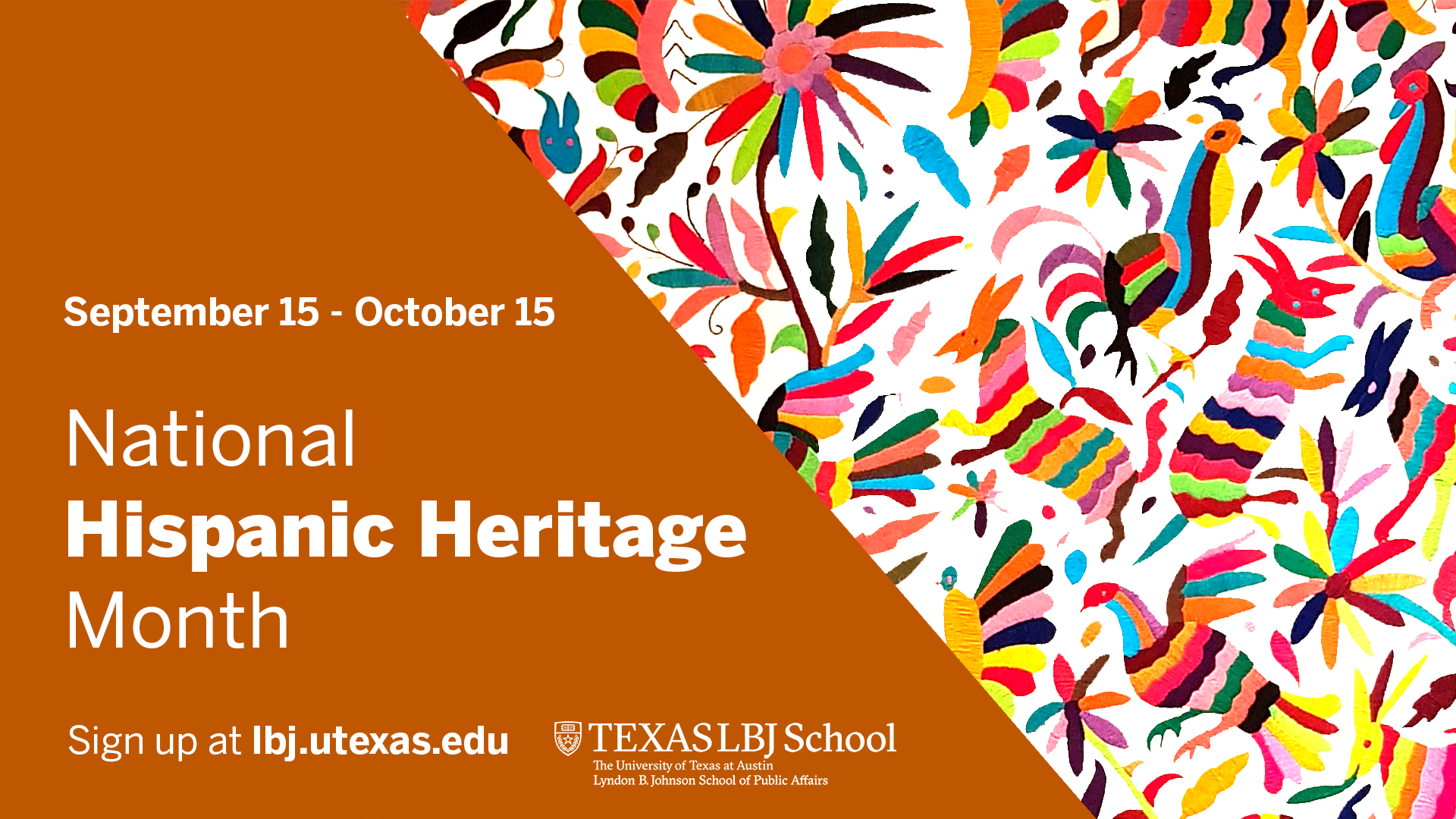 The observation of Hispanic Heritage Month started in 1968 as Hispanic Heritage Week under President Lyndon Johnson and was expanded by President Ronald Reagan in 1988 to cover a 30-day period starting on Sept. 15 and ending on Oct. 15. It was enacted into law on August 17, 1988, on the approval of Public Law 100-402.

The new political landscape can't rely on old modes of thinking about Latinx voters or outdated infrastructure to engage them. Equis Labs was established to change the way we think about the Latino community and building toward power. Equis Labs co-founder Carlos Odio will discuss lessons learned from the 2020 election, take a data deep dive on Texas, and look forward to the path of a highly engaged Latinx political voice.