The Graduating Class of 2018: Estevan Delgado | LBJ School of Public Affairs | The University of Texas at Austin
Skip to main content
Feature • May 15, 2018

The Graduating Class of 2018: Estevan Delgado

Estevan Delgado will be the first in his family to graduate from college.

"Legislative advocacy was something I always wanted to pursue, but I didn’t really know whether or not I could pursue it being a first generation college student," he said.

Delgado initially set out to study medicine – the appeal being the stability found in a traditional career path. But passion won in the end.

"I stepped into the LBJ School and thought this is the place I can actually start down my journey, however scary it is." —Estevan Delgado

"I stepped into the LBJ School and thought this is the place I can actually start down my journey, however scary it is," he said. "I felt like that initial fear turned into an appreciation for the ability to explore issues that are important to me and dive deeper into things I've been passionate about for awhile. Walking in to LBJ for the first time was, I guess, kind of magical."

Fifteen members of Delgado's family will join him on May 19 as he steps across the stage and receives his Master of Public Affairs. 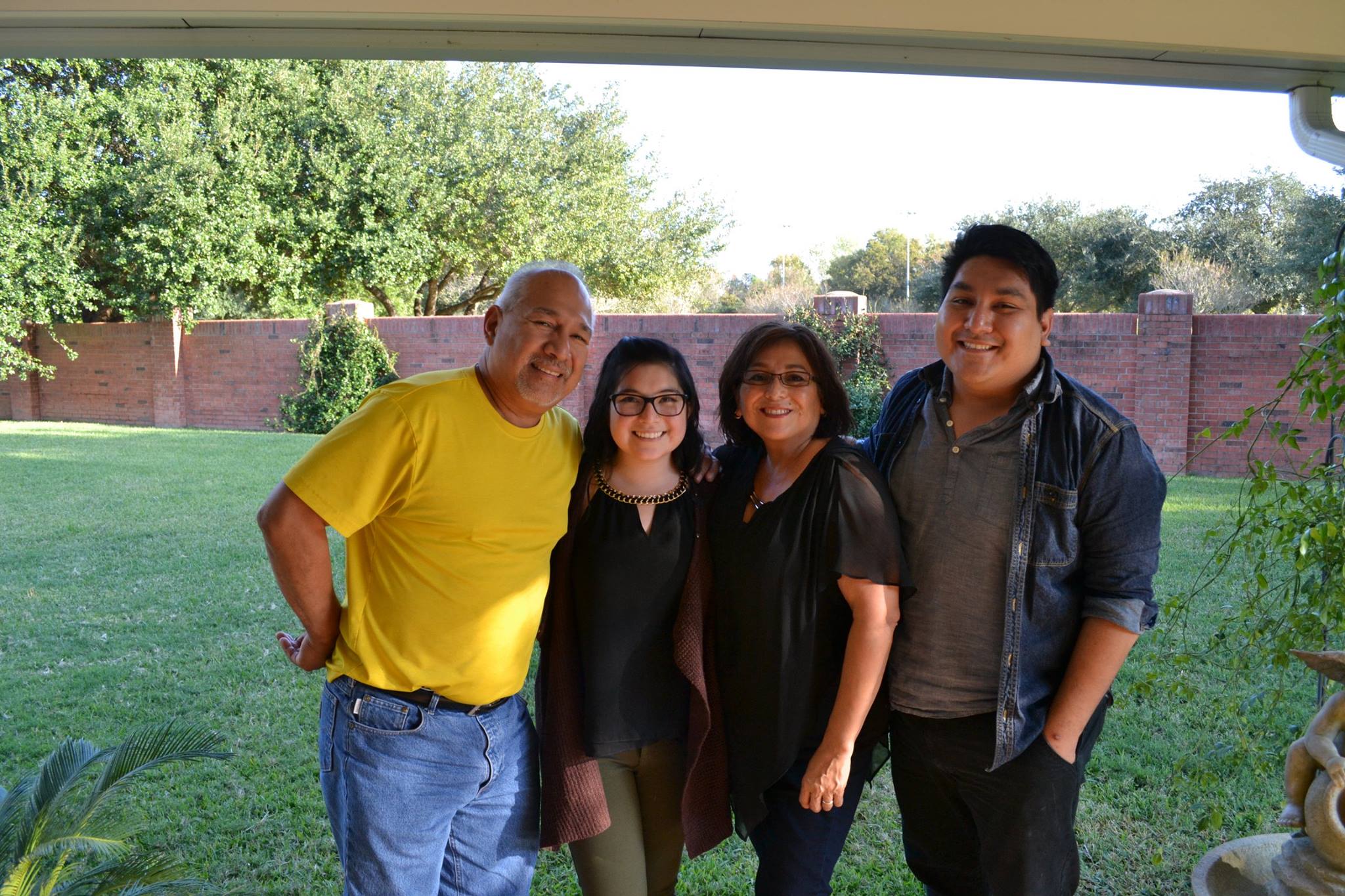 From Texas to Washington

Delgado is a finalist for the Congressional Hispanic Caucus Institute's Health Fellowship in Washington, DC. In this role, he would conduct legislative advocacy work related to health care and spend time working on Capitol Hill.

It would not be his first time on Capitol Hill, though; he interned with U.S. Rep. Gene Green, who represents Texas's 29th Congressional District. 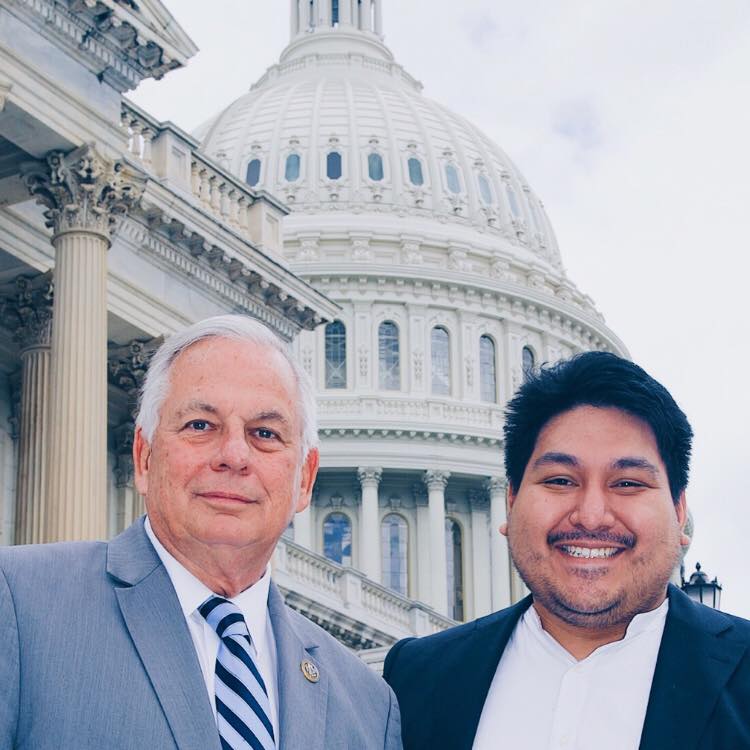 "LBJ has a really awesome name and reputation on the Hill so I felt like I got to do a lot of things other interns don't get to do," Delgado said. "It was a really interesting opportunity to learn about the best way to get things done when you aren't the party in power. I made a lot of friends too — some of the best friends I've ever met — and to have fellow LBJ students to essentially be my family out there was amazing."

Delgado said this internship experience not only helped him better understand what he wanted to do post-graduation, but also helped shape him.

"I remember talking with my sister after the internship, and I couldn't believe I just got done working in DC," he said. "She said it was crazy because no one in our family has done this before. What might seem like a little victory to some people was big for me and my path moving forward."

Landing a Big Win at the Dell PolicyHack 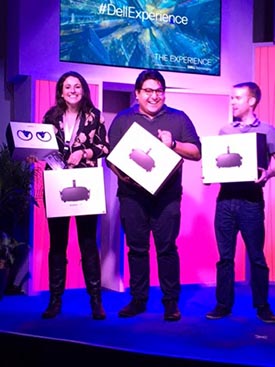 During SXSW 2017, Delgado, who was in his second semester, was part of a team of students who participated in the Dell PolicyHack, an interactive, competitive hack-a-thon that tasks teams of policymakers, entrepreneurs, venture capitalists and students to design solutions to policy challenges faced by entrepreneurs running growing businesses. Estevan was on the event’s winning team.

"That was an awesome moment," Delgado said. "It was one of the first times I felt that shift that happens when you come to policy school, and I could start seeing the education I had been getting. To be able to recognize that and be able to use it on the fly was just an amazing experience."

Read more about Delgado's experience at the Dell PolicyHack. 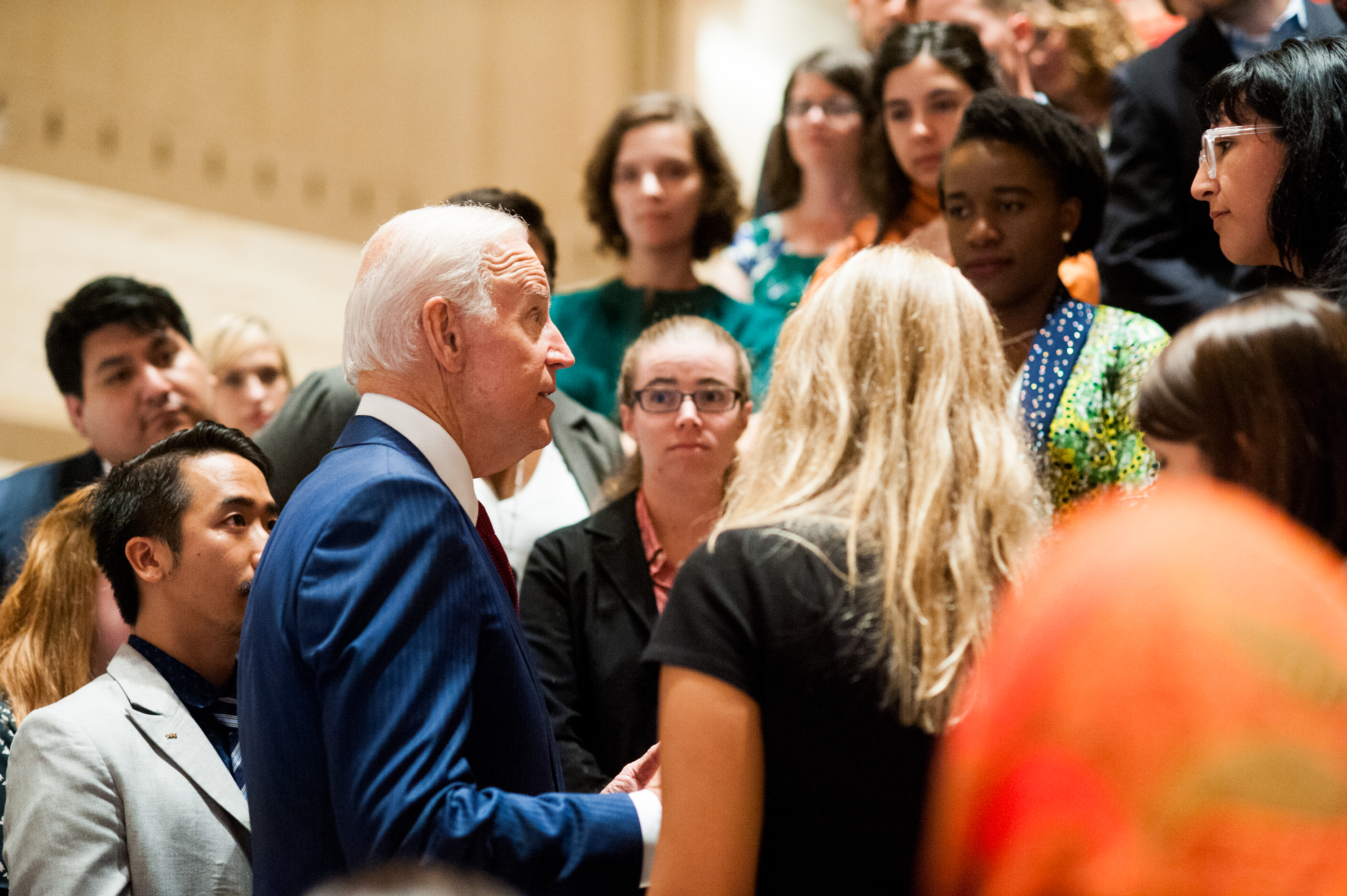 "I really loved when Joe Biden came," Delgado said. "I've been to the LBJ Library a number of times but something about being in there with Mr. Biden and how candidly he spoke resonated with me."

He recalls when Biden told students to remember the reason they pursued public policy.

"That reason is often to help your family or better your communities, and I think connecting with my ethnicity made me really think about how I want to spend my professional career," Delgado said. "I only applied to jobs that were at the forefront of my identity, which is why I am so excited to be a finalist with the Congressional Hispanic Caucus Institute."

Delgado describes the aftermath of the United States 2016 presidential election as "visceral."

"Not only at the school but in the Austin community, regardless of your candidate," he said. "It awakened people to how we want to shape our country going forward."

Delgado described a scene in the lobby, where he and a fellow student gathered people from across sectors to a meeting with students to foster civic engagement.

"In that moment, I thought this is why I came to policy school," he said. "I wanted to convene people who have the skills and passion to do something, and in that moment I realized I was among some pretty amazing people."

When asked what he would tell an incoming student, Delgado said, "You do you."

"There are going to be a lot of people doing amazing things, but don't forget you are amazing too," he elaborated. "Stick to your interests, seek out opportunities and make your own experience. At LBJ, you don't have to have a cookie-cutter experience like other schools."

"I have the tools, network, support and friends to really go forward and make whatever is in store for me happen, and that is something I gained from being at the LBJ School." —Estevan Delgado

Delgado continued, "I have the tools, network, support and friends to really go forward and make whatever is in store for me happen, and that is something I gained from being at the LBJ School."