Early medical abortion using medication and online telemedicine can be highly effective and safe | LBJ School of Public Affairs | The University of Texas at Austin
Skip to main content
News • May 18, 2017 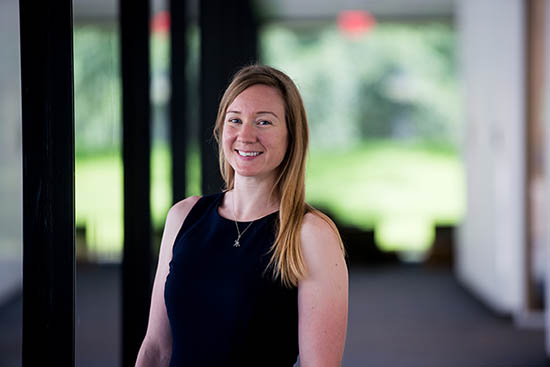 May 16, 2017, AUSTIN, Texas – Medical abortion using online telemedicine and self-administered medication can be highly effective with low rates of adverse events according to new research from Abigail Aiken, an assistant professor at the LBJ School of Public Affairs at The University of Texas at Austin.

Aiken, the study’s lead author, examined self-reported outcomes after medical abortions conducted outside the formal healthcare setting in Ireland and Northern Ireland through Women on Web (WoW), a nonprofit organization that provides access to abortion medications. Results, which were peer-reviewed and published in The BMJ (formerly the British Medical Journal), indicate that 95 percent of self-sourced and self-managed medication abortions were successful. Less than one percent required a blood transfusion, and three percent involved receipt of antibiotics. Women were able to self-identify the symptoms of potentially serious complications, and almost all reported seeking in-person medical attention when advised.

Abortion laws in Ireland and Northern Ireland are among the most restrictive in the world, with abortion criminalized in most circumstances. However, online telemedicine has dramatically changed abortion access.

“Irish and Northern Irish people who access or help others to access this pathway are choosing an option that has similar effectiveness rates to medication abortion performed in a clinic and has lower rates of complications than continuing a pregnancy to delivery,” Aiken said. “This study shows that medication abortion self-sourced and self-managed outside the formal healthcare setting can be a safe and effective option for those who rely on or prefer it.”

Using data from WoW, researchers conducted a population based analysis of 1,000 women in the Republic of Ireland and Northern Ireland who self-sourced medical abortion during a three-year period. Aiken and her co-authors, Irena Digol and Rebecca Gomperts from WoW and James Trussell from Princeton University, examined self-reported outcomes and complications and assessed women’s ability to self-screen for the symptoms of potentially serious complications, as well as their propensity to seek medical attention.

The findings also have implications for other countries where abortion is difficult to access.

“Following waves of restrictive legislation in the United States, the parallels between women

seeking abortion in the U.S. and Ireland and Northern Ireland are striking,” Aiken said. “Women in Ireland and Northern Ireland have three options when faced with a pregnancy they do not want or feel they cannot continue: travel long distances to access in-clinic abortion care, remain pregnant, or self-source their own abortion outside the formal healthcare setting. For many women throughout the South, Appalachia and the Mid-West, where state laws have forced clinics to close, these are the same three options. Safe, supported, and effective at-home medication abortion could be an option for these women too.”

Researchers acknowledge the limitations of self-reporting but also emphasize that in situations where women self-source their own abortions outside the formal healthcare setting, self-report is the only possible method of follow-up. The study has a sample size and follow-up rate comparable with or, in some cases, greater than studies of abortion within the formal healthcare setting.

The study was published online first at http://www.bmj.com/content/357/bmj.j2011.

This study was funded by a grant from the Society of Family Planning (SFPRF10-JI2) and was supported in part by the Eunice Kennedy Shriver National Institute of Child Health and Human Development of the NIH through grant R24HD04284 to the population research centre at The University of Texas at Austin, and in part by grant P2C HD047879 to the office of population research at Princeton University. The funders played no role in the study design; in the collection, analysis, and interpretation of data; in the writing of the report; or in the decision to submit the article for publication. The authors are completely independent from the funding sources. The content of this article is solely the responsibility of the authors and does not necessarily represent the official views of the Society of Family Planning or the National Institutes of Health.