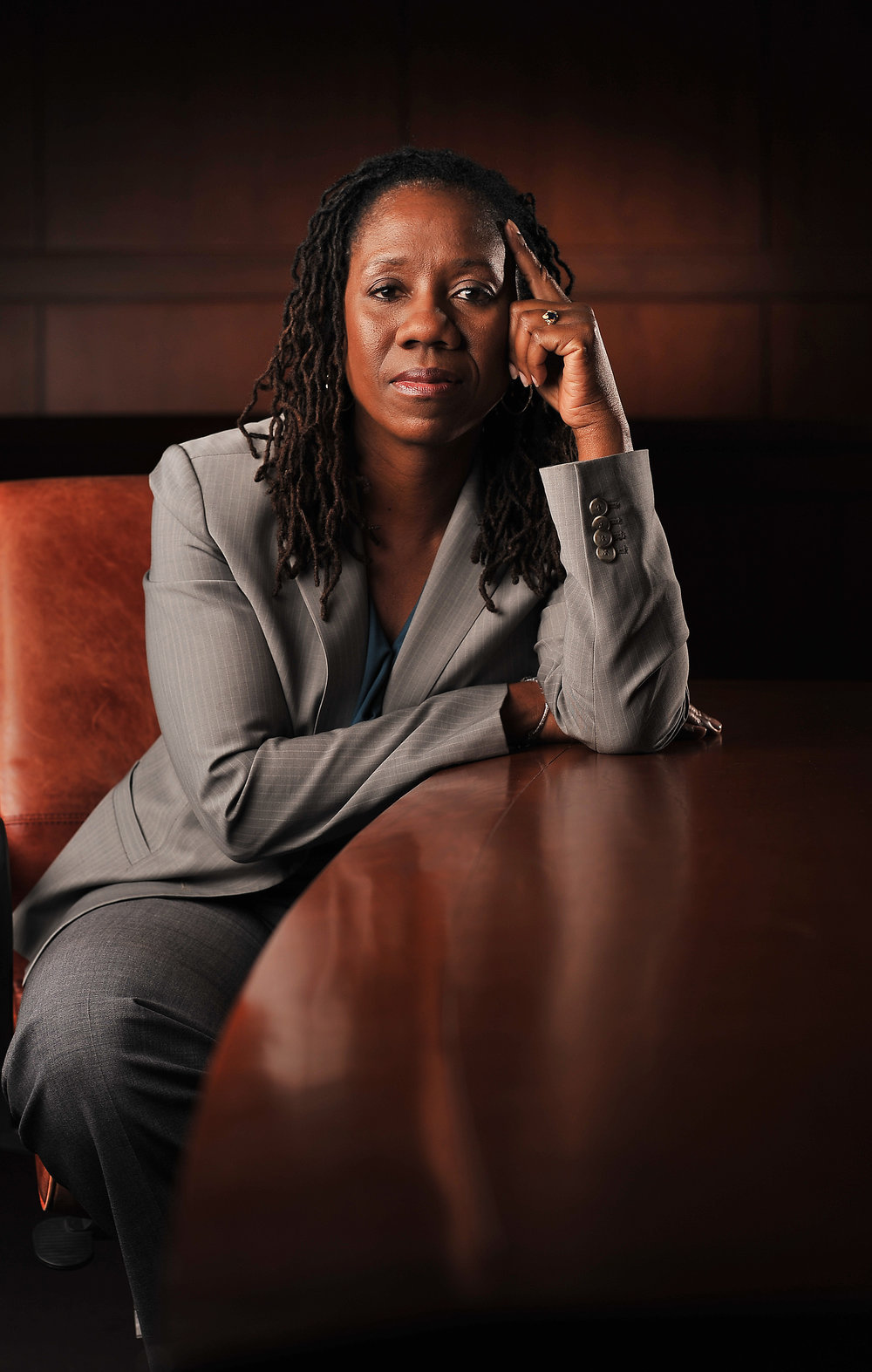 On Feb. 26, the Center for the Study of Race and Democracy will host Dr. Sherrilyn Ifill, one of the nation’s leading scholars on civil rights law and litigation, as the second keynote presenter in the William C. Powers, Jr. Speaker Series.

Sherrilyn Ifill is the President and Director-Counsel of the NAACP Legal Defense and Educational Fund, Inc. (LDF), the nation’s premier civil rights law organization fighting for racial justice and equality. LDF was founded in 1940 by legendary civil rights lawyer (and later Supreme Court justice) Thurgood Marshall, and became a separate organization from the NAACP in 1957. The lawyers at the Legal Defense Fund developed and executed the legal strategy that led to the Supreme Court’s decision in Brown v. Board of Education, widely regarded as the most transformative and monumental legal decision of the 20th century. Ifill is the second woman to lead the organization.

Ifill began her career as a Fellow at the American Civil Liberties Union, before joining the staff of the LDF as an assistant counsel in 1988, where she litigated voting rights cases for five years.

In 1993 Ifill left LDF to join the faculty at University of Maryland School of Law in Baltimore. Over 20 years, Ifill taught civil procedure and constitutional law to thousands of law students, and pioneered a series of law clinics, including one of the earliest law clinics in the country focused on challenging legal barriers to the reentry of ex-offenders. Ifill is also a prolific scholar who has published academic articles in leading law journals, and op-eds and commentaries in leading newspapers. Her 2007 book On the Courthouse Lawn: Confronting the Legacy of Lynching in the 21st Century, was highly acclaimed, and is credited with laying the foundation for contemporary conversations about lynching and reconciliation. A 10th anniversary edition of the book was recently released with a Foreword by Bryan Stevenson, the acclaimed lawyer and founder of the national lynching memorial in Montgomery, Ala.

In 2013, Ifill was invited back to the Legal Defense Fund — this time to lead the organization as its seventh director-counsel. In that role, Ifill has increased the visibility and engagement of the organization in cutting edge and urgent civil rights issues, while maintaining the organization’s decades-long leadership fighting voter suppression, inequity in education and racial discrimination in application of the death penalty. At critical moments during national unrest following the killing of unarmed African Americans by law enforcement officers, Ifill’s voice and vision framed the issue of policing reform and urban deprivation with powerful clarity in media appearances and public discussions. Her forceful and fact-based analysis of complex issues of racial justice has made her a sought-after speaker and strategist whose counsel is sought by government officials, civic and community leaders, and national civil rights colleagues.

Ifill graduated from Vassar College in 1984 with a B.A. in English, and earned her J.D. from New York University School of Law in 1987. She has received honorary doctorates from New York University, Bard College, Fordham Law School and CUNY Law School. She serves on the board of the National Women’s Law Center, the National Constitution Center and on the Advisory board for the Profiles in Courage Award. She is a past chair of U.S. board of the Open Society Foundations, one of the largest philanthropic supporters of civil rights and liberties in the country.