Access to reproductive health care in Texas: Rosie's Law and the Hyde Amendment | LBJ School of Public Affairs | The University of Texas at Austin
Skip to main content
News • July 25, 2019

Access to reproductive health care in Texas: Rosie's Law and the Hyde Amendment 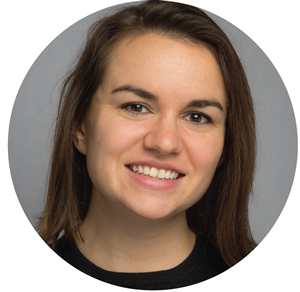 Access to reproductive health care in Texas is an issue for many living in the state. Many abortion clinics in Texas have closed since HB 2 took effect in 2013.1 More broadly, rural areas of Texas have faced widespread closures of health facilities, leaving many without nearby access to care.2 Barriers to care can also include financial barriers: If someone does not have insurance, or if their insurance doesn’t cover a procedure to the extent that they can afford to get that procedure, they will be unable to access that care.

Rosasura "Rosie" Jimenez was a single mother who sought an abortion in McAllen, Texas in September 1977, two months after the Hyde Amendment had taken effect.9 She had previously obtained an abortion from a doctor, covered by Medicaid, but she was no longer covered for abortion under Medicaid because of the Hyde Amendment.10 Because she could not afford the price that the local ob-gyns charged for the procedure, she had to go to a midwife who was not licensed to provide abortions but was willing to provide the service more cheaply.11 The procedure was unsafe and Jimenez ended up contracting a bacterial infection and passing away.12 Many consider Rosie Jimenez to be the first person who died as a result of the Hyde Amendment prohibiting federal funds from covering abortion services.13

Texas State Rep. Sheryl Cole (D–46) proposed Rosie's Law, a measure which would expand insurance coverage for abortion procedures for those covered by Medicaid.14 The city of Austin passed a similar resolution last year, declaring abortion to be health care and calling for public and private insurance coverage bans to be removed.15 A study in Obstetrics & Gynecology from 2017 found a 16 percent associated decrease in risk of severe maternal morbidity for states whose Medicaid programs cover medically necessary abortions.16

Rosie's Law poses a step in the right direction to improve access to comprehensive reproductive health care for people in Texas and improve health outcomes for the state.